P1528 - Implication of Blood Transfusion in Mortality in Non-Variceal and Variceal Upper GI Bleeding – Is It the Same for Both? 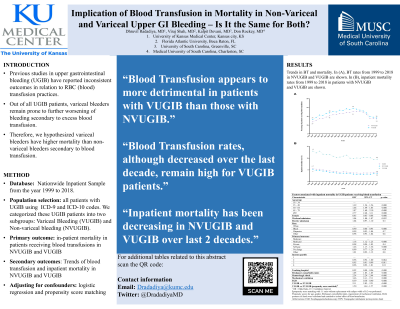 Methods: We used Nationwide Inpatient Sample from the year 1998 to 2018. We identified all patients with UGIB using using ICD-9 and ICD-10 codes. We categorized these UGIB patients into two subgroups: Variceal Bleeding (VUGIB) and Non-variceal bleeding (NVUGIB). Our primary outcome of interest was in-patient mortality in patients receiving blood transfusions. Using logistic regression models we looked at the effect of blood transfusion on inpatient mortality in variceal and non-variceal bleeders separately. To study the effect of blood transfusion on inpatient death based on UGIB type (variceal vs. non-variceal), we only took patients who received a blood transfusion and did logistic regression after controlling for multiple covariates. 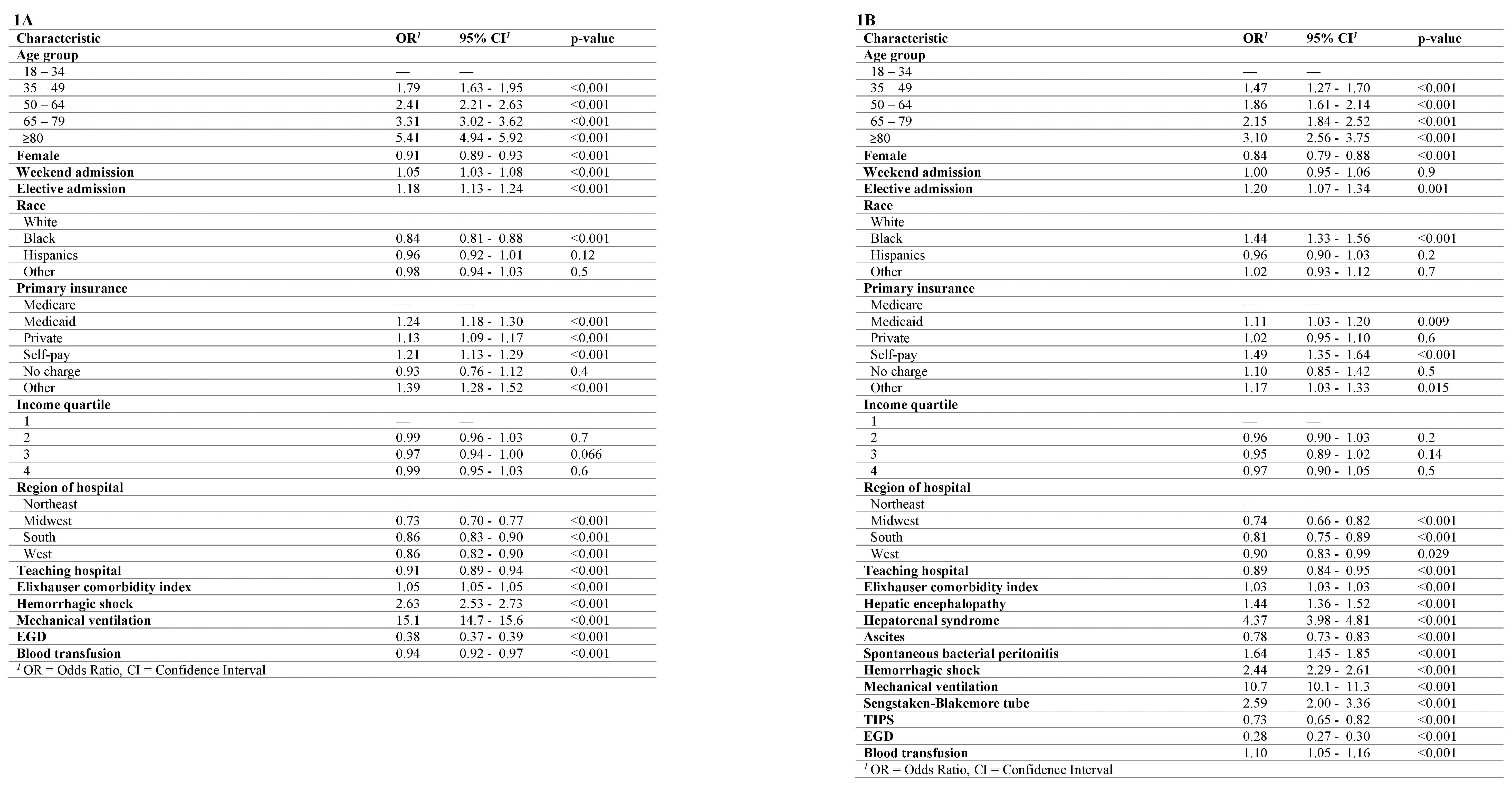