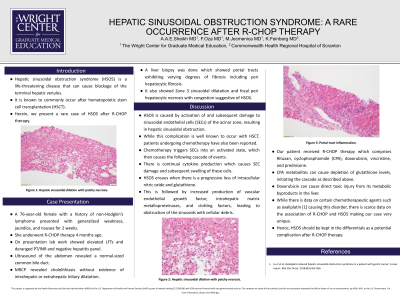 Introduction: Hepatic sinusoidal obstruction syndrome (HSOS) is a life-threatening disease that can cause blockage of the terminal hepatic venules. It is known to commonly occur after hematopoietic stem cell transplantation (HSCT). Herein, we present a rare case of HSOS after R-CHOP therapy.

Discussion: HSOS is caused by activation of and subsequent damage to sinusoidal endothelial cells (SECs) of the acinar zone, resulting in hepatic sinusoidal obstruction. While this complication is well known to occur with HSCT, patients undergoing chemotherapy have also been reported. Chemotherapy triggers SECs into an activated state, which then causes the following cascade of events. There is continual cytokine production which causes SEC damage and subsequent swelling of these cells. HSOS ensues when there is a progressive loss of intracellular nitric oxide and glutathione. This is followed by increased production of vascular endothelial growth factor, intrahepatic matrix metalloproteinases, and clotting factors, leading to obstruction of the sinusoids with cellular debris. Our patient received R-CHOP therapy which comprises Rituxan, cyclophosphamide (CPA), doxorubicin, vincristine, and prednisone. CPA metabolites can cause depletion of glutathione levels, initiating the cascade as described above. Doxorubicin can cause direct toxic injury from its metabolic byproducts in the liver. While there is data on certain chemotherapeutic agents such as oxaliplatin [1] causing this disorder, there is scarce data on the association of R-CHOP and HSOS making our case very unique. Hence, HSOS should be kept in the differentials as a potential complication after R-CHOP therapy. 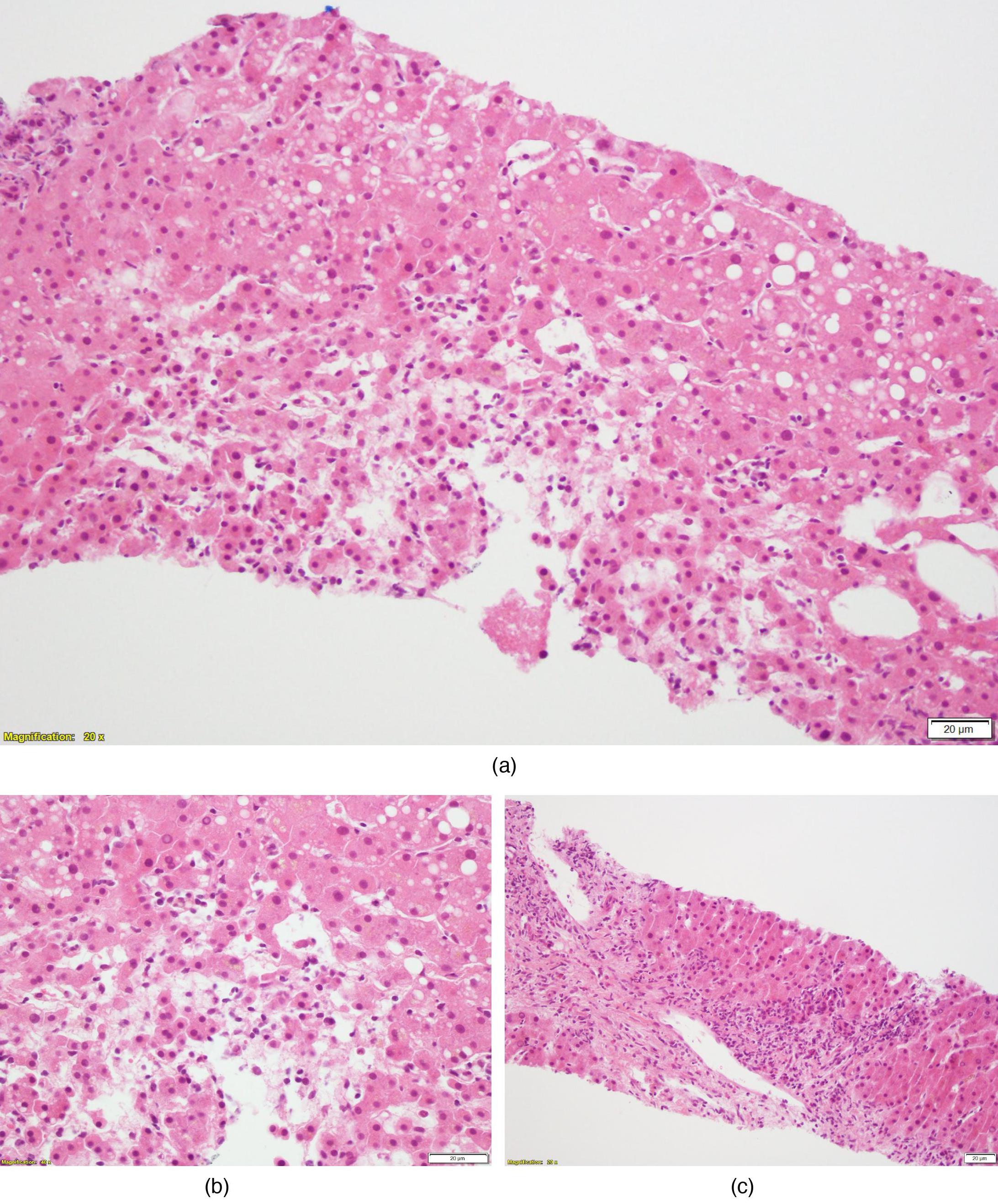