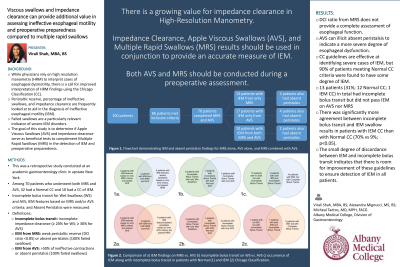 Methods: In this retrospective study, 100 patients underwent HRM. 86 patients were analyzed for their impedance clearance, AVS, and MRS results. This study was conducted at a tertiary, academic center in Upstate New York. Patients were classified by their Chicago Classification (CC). Incomplete bolus transit for WS and AVS, IEM features from MRS and AVS, and absent peristalsis were measured. Incomplete bolus transit was defined as incomplete impedance clearance (≥ 20% for WS; ≥ 30% for AVS). IEM from MRS was defined as weak peristaltic reserve (DCI ratio< 0.85) or absent peristalsis (100% failed). IEM from AVS was defined as >50% of ineffective contractions or absent peristalsis.

Discussion: This study found special utility of viscous swallows and impedance clearance for assessing IEM. Currently, DCI ratio from MRS guides assessment of IEM. AVS, however, is helpful in eliciting absent peristalsis to indicate a severe degree of dysfunction. AVS detection of absent peristalsis and hypokinetic disorders was crucial for preoperative management. This study also supports the growing value of impedance. 31% of patients with incomplete bolus transit did not present with IEM features on either AVS or MRS, and 90% of patients classified as Normal CC were found to have some degree of IEM. CC guidelines are not thorough for all IEM cases. It is recommended that impedance clearance and IEM features detected by AVS and MRS are assessed together to gain an accurate context of IEM. 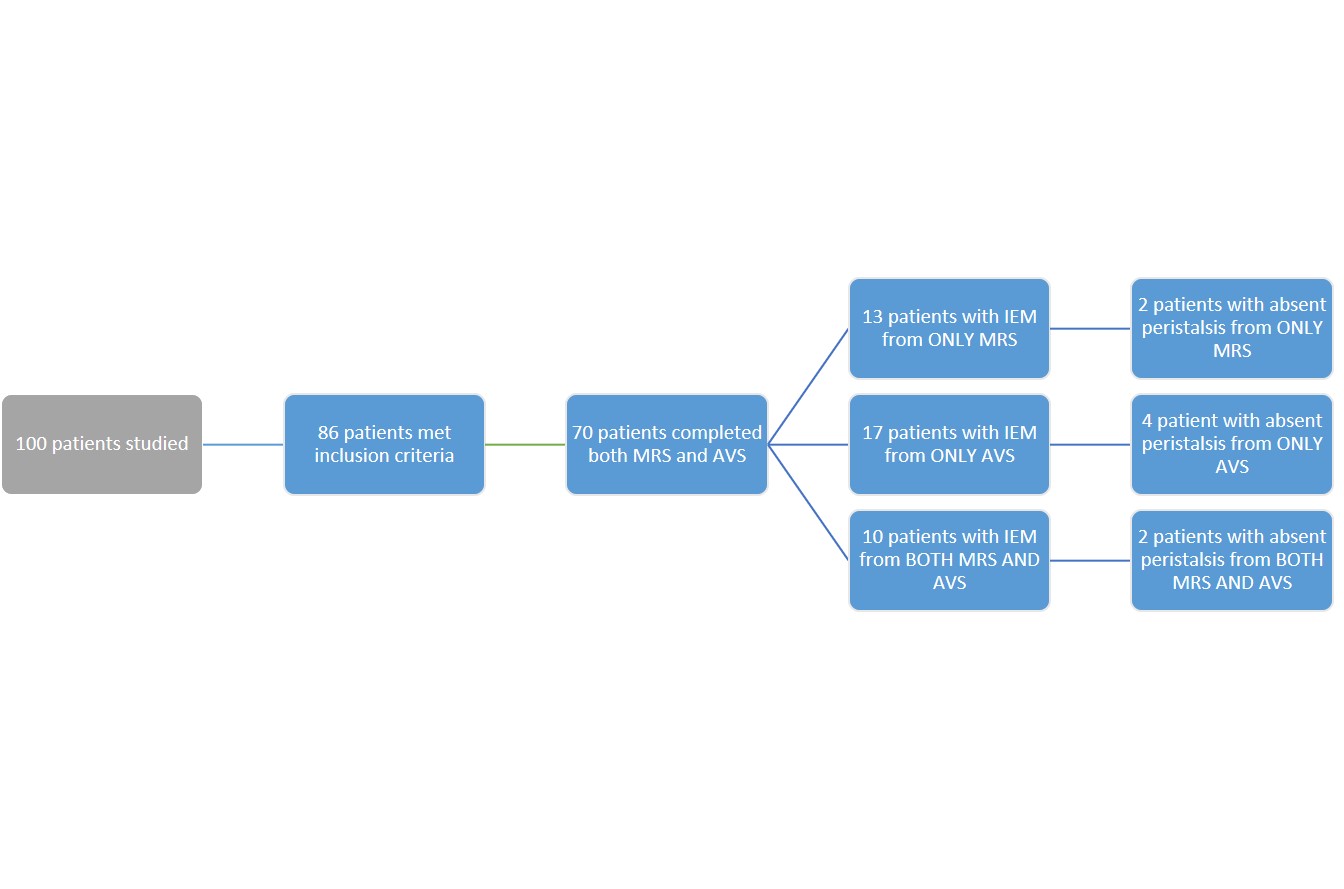