P2081 - A Polypectomy a Day Keeps the Cancer Away: A Case of a High Burden of Fundic Gland Polyps Exhibiting Low and High-Grade Dysplasia 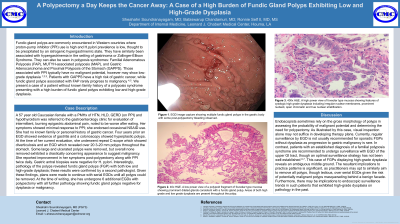 Introduction: Fundic gland polyps are commonly encountered in Western countries where PPI use is high and H.pylori prevalence is low, thought to be precipitated by an iatrogenic hypergastrinemic state. They can also be seen in polyposis syndromes: FAP, MAP, and GAPPS. Those associated with PPI typically have no malignant potential, however may show low grade dysplasia. Patient with GAPPS have a high risk of gastric cancer, while fundic gland polyps associated with FAP rarely progress to malignancy. We present a case of a patient without known family hx of polyposis syndrome presenting with a high burden of fundic gland polyps exhibiting low and high-grade dysplasia.

Case Description/Methods: A 57F with PMH of HTN, HLD, GERD, hypothyroidism was referred to GI clinic for evaluation of intermittent, burning epigastric abdominal pain, worse after eating. Her symptoms showed minimal response to PPI; endorsed occasional NSAID use. No known FHx of gastric cancer. 4 years prior EGD showed evidence of gastritis and C-scope with hyperplastic polyps. She underwent repeat C-scope which showed diverticulosis and EGD which revealed over 20 3-20 mm polyps throughout the stomach. Some large and ulcerated polyps were removed, but overall none removed exhibited drastically concerning appearance to suggest malignancy. She reported improvement in her symptoms post-polypectomy along with PPI BID. Antral biopsies were negative for H.pylori. Interestingly pathology of the polyps revealed fundic gland polyps with low and high-grade dysplasia; findings were confirmed by a second pathologist. Given these findings, plans were made to continue with serial EGDs until all polyps could be removed. At the time of writing, she has undergone 6 additional EGDs with polypectomy with all further pathology showing fundic gland polyps negative for dysplasia or malignancy.

Discussion: Endoscopists sometimes rely on the gross morphology of polyps in assessing the probability of malignant potential and determining the need for polypectomy. As illustrated by this case, visual inspection alone may not suffice in developing therapy plans. The resultant implications to practice patterns is significant, as practitioners may opt to similarly aim to remove all polyps, though tedious, over serial EGDs given the risk of potentially malignant polyps masquerading behind a benign facade. Furthermore, there may be implications to endoscopic surveillance trends in such patients that exhibited high-grade dysplasia on pathology in the past. 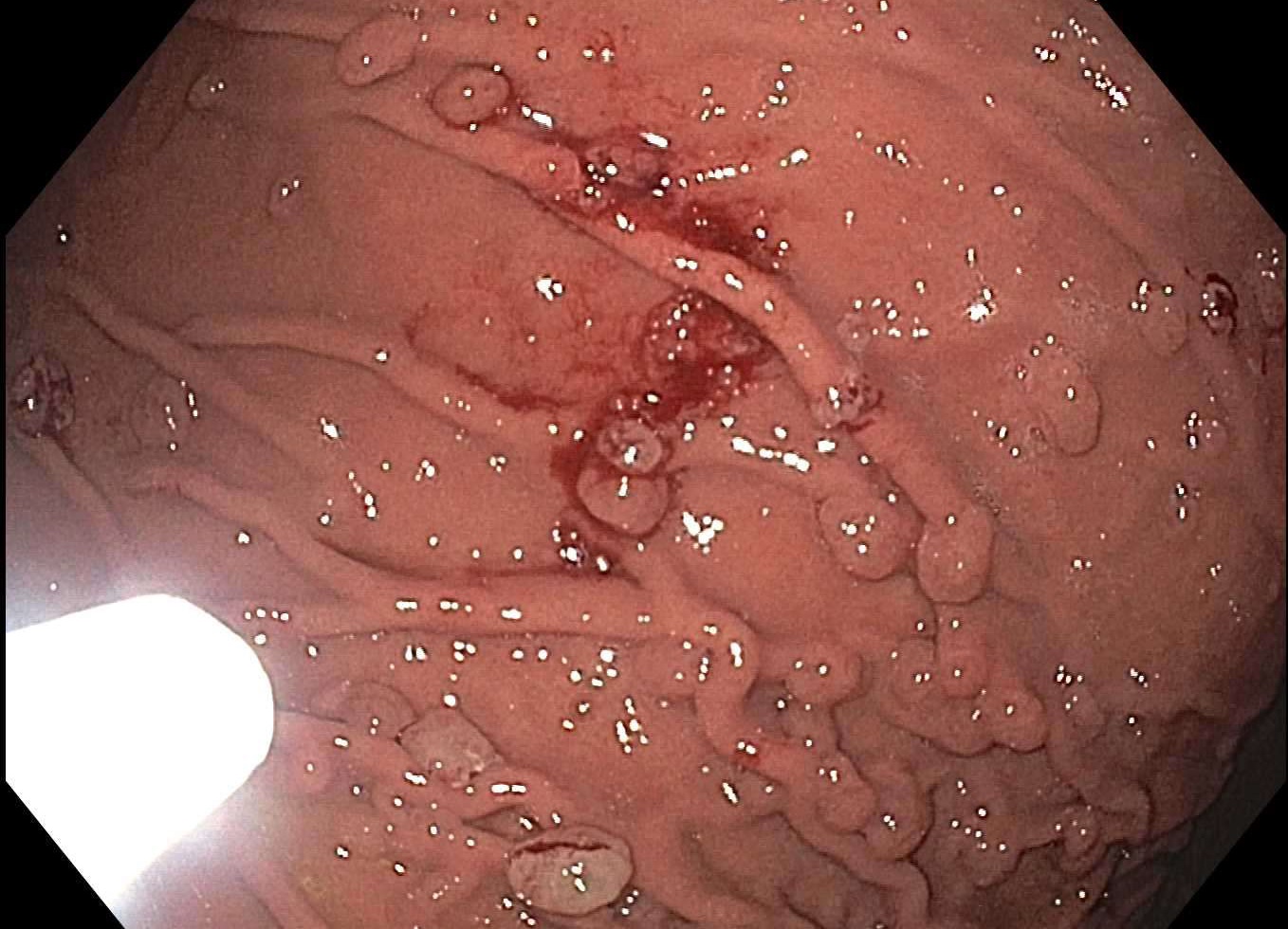