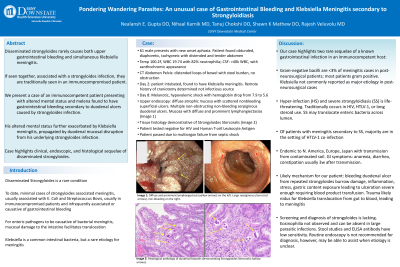 Introduction:
Disseminated strongyloides is a rare condition and typically occurs in immunocompromised patients; it is even less frequently related to or causative of bacterial meningitis. To date, strongyloides associated meningitis were traditionally associated with E. Coli and S. Bovis in immunocompromised patients. Here, we present a case of a patient who was diagnosed with Klebsiella meningitis secondary to gut translocation due to strongyloides infection, complicated by an upper gastrointestinal bleed.

Case Description/Methods:
A 61-year-old male with a history of craniotomy, prior intracerebral hemorrhage, presented to the emergency department with altered mentation and aphasia. His initial physical exam was significant for nuchal rigidity and lumbar puncture confirmed Klebsiella bacterial meningitis. The patient was sent to the neurology critical care unit and it was determined that his prior craniotomy was not the nidus of infection. The patient developed several episodes of melena, requiring 2 units of packed red blood cells. Upper endoscopy was performed showing non- bleeding serpiginous duodenal ulcers with diffuse and prominent lymphangiectasias. Biopsies were performed demonstrating Strongyloides Stercoralis. Further testing was negative for immunocompromised status in the patient.

Discussion:
Strongyloides is an unusual cause of gastrointestinal bleeding and typically seen in hyperinfection and severe strongyloides associated with immunocompromised patients. In these extreme cases of strongyloides, coinfection with bacteria has been observed, albeit rarely with Klebsiella, and meningitis is an unusual sequela. Our case is unique in that we present a case of Klebsiella meningitis in a patient who has strongyloides stercoralis and is immunocompetent, and also a patient who is immunocompetent and found to have duodenal bleeding from strongyloides. The mechanism may be secondary to repeated mucosal damage from the burrowing activity of Strongyloides leading to intestinal ulceration. Such local trauma may also provide a likely mechanism for the development of our patient’s meningitis secondary to Klebsiella infection as well. Unfortunately, evidence for Strongyloides screening and diagnosis is currently lacking. However, in patients with high suspicion, upper endoscopy with biopsies may offer a more eligible method in discovering Strongyloides superinfections. 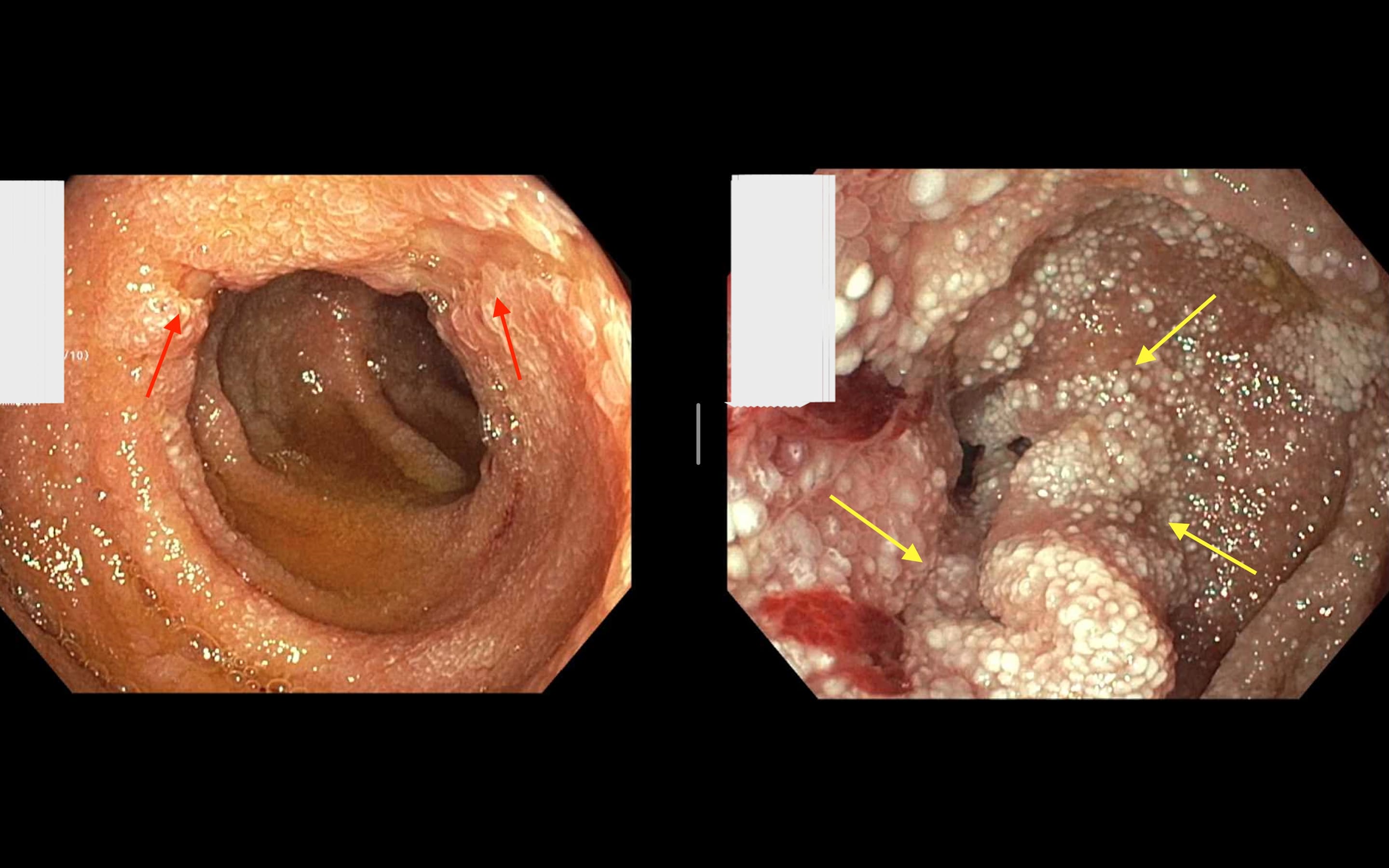