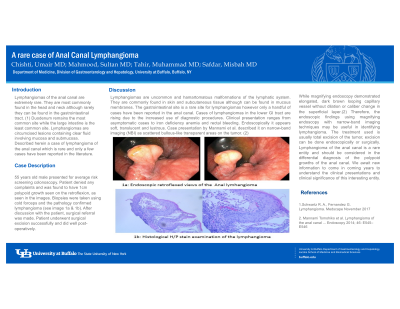 Case Description/Methods: 55 years old male presented for average risk screening colonoscopy. Patient denied any complaints and was found to have 1cm polypoid growth seen on the retroflexion, as seen in the images. Biopsies were taken using cold forceps and the pathology confirmed lymphangioma (see image 1a & 1b). After discussion with the patient, surgical referral was made. Patient underwent surgical excision successfully and did well post-operatively. 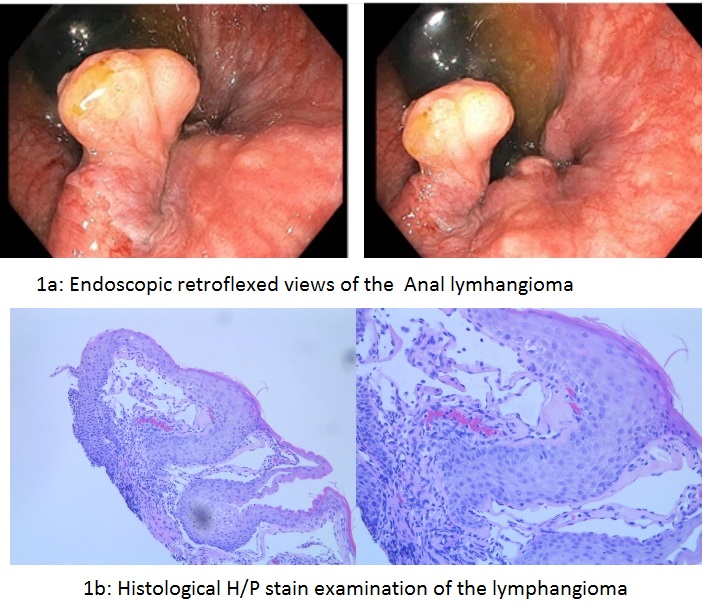