P0229 - A Giant Hyperplastic Colorectal Polyp With No Malignant Features 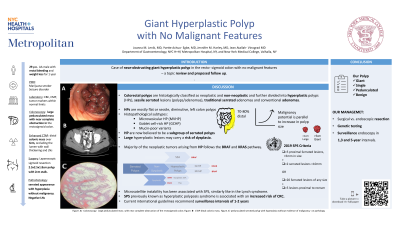 Introduction: Hyperplastic polyps (HP) are a benign subgroup of serrated polyps. HP larger than 10 mm is considered a large polyp and larger than 2 cm carry a risk for malignancy. A case of near obstructing giant hyperplastic polyp of the recto-sigmoid colon with no malignant features is presented with a topic review and proposed further follow-up.

Discussion: HP are the most abundant type and now believed to be a subgroup of serrated polyps (SP). SP are classified into two main subgroups based on malignant potential. The majority of the serrated carcinomas arising from HP follow BRAF and KRAS pathways. Microsatellite instability has also been associated [1]. Serrated polyposis syndrome is associated with the risk of colorectal cancer. Due to the inability of subtracting a single responsible gene, other syndromes should be excluded. Polyps larger than 1 cm are classified as large, and exceeding 3 cm as a giant. Parallel to the size increases the malignant potential. Risk stratification of giant, pedunculated polyps is advised prior to endoscopy due to the risk of perforation and bleeding. Due to the concern for malignant transformation with obstructive signs and symptoms, surgical excision was advised.
Further discussions are needed to establish clear guidelines for testing and surveillance of single giant non-malignant polyps. We propose our own management including surgical vs. endoscopic resection, genetic testing, and colonoscopy in 1,3, and 5- year intervals, followed by standard surveillance. 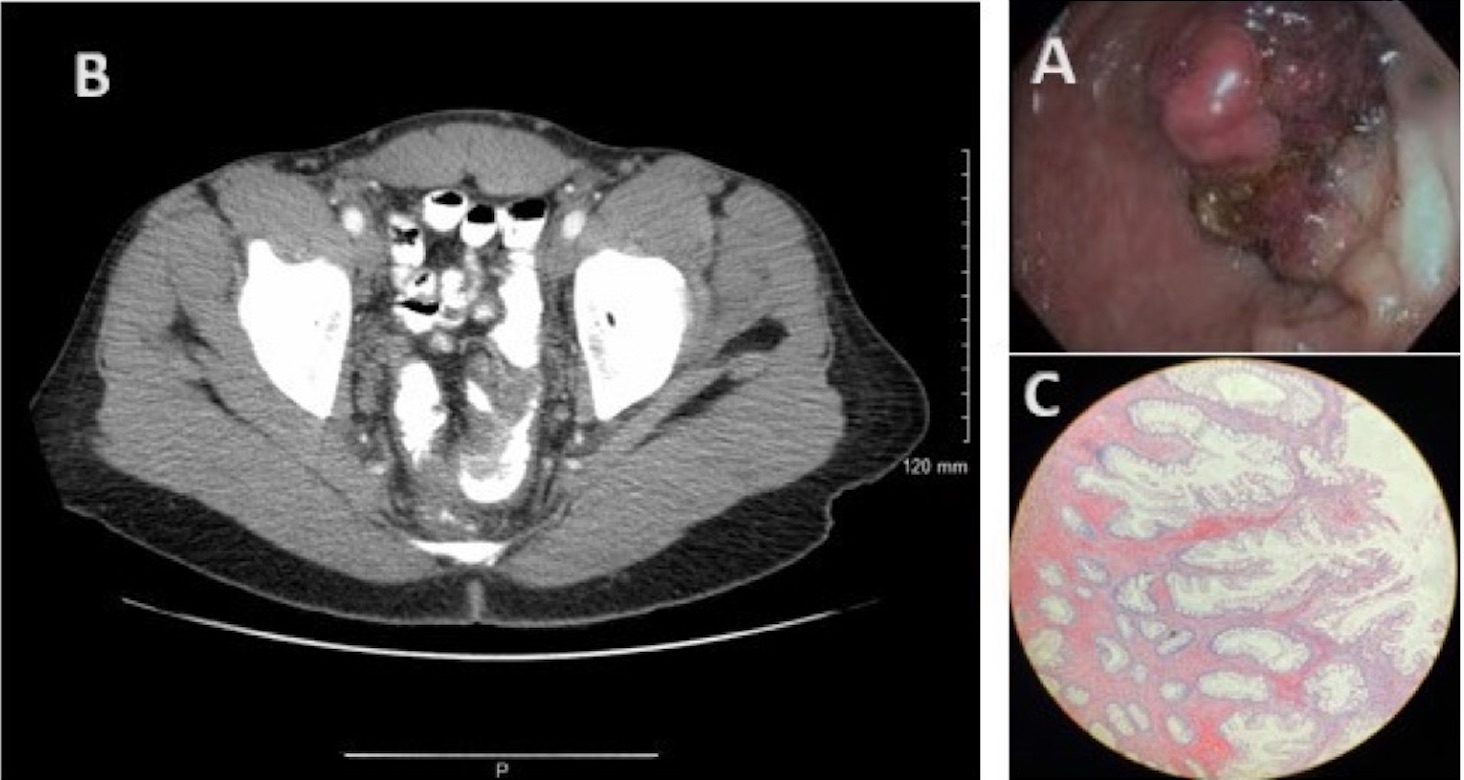