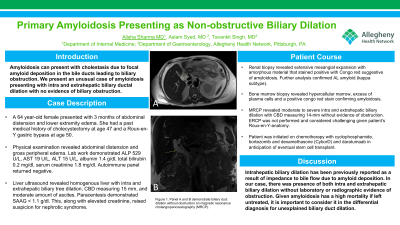 Introduction: Amyloidosis is characterized by extracellular deposition of insoluble proteins. Primary amyloidosis is a subtype with liver involvement seen in 70% of the cases. Cholestasis is a rare occurrence described by presence of focal amyloid deposition in the bile ducts leading to biliary obstruction. We present an unusual case of amyloidosis presenting with intra and extrahepatic biliary ductal dilation with no evidence of biliary obstruction.

Discussion: Intrahepatic biliary dilation has been previously reported as a result of impedance to bile flow due to amyloid deposition. Rare cases of extrahepatic cholestasis have also been reported wherein amyloid presenting as ‘amyloidoma’ results in mass effect causing CBD obstruction. In our case, there was presence of both intra and extrahepatic biliary dilation without laboratory or radiographic evidence of obstruction. Given amyloidosis has a high mortality if left untreated, it is important to consider it in the differential diagnosis for unexplained biliary duct dilation. 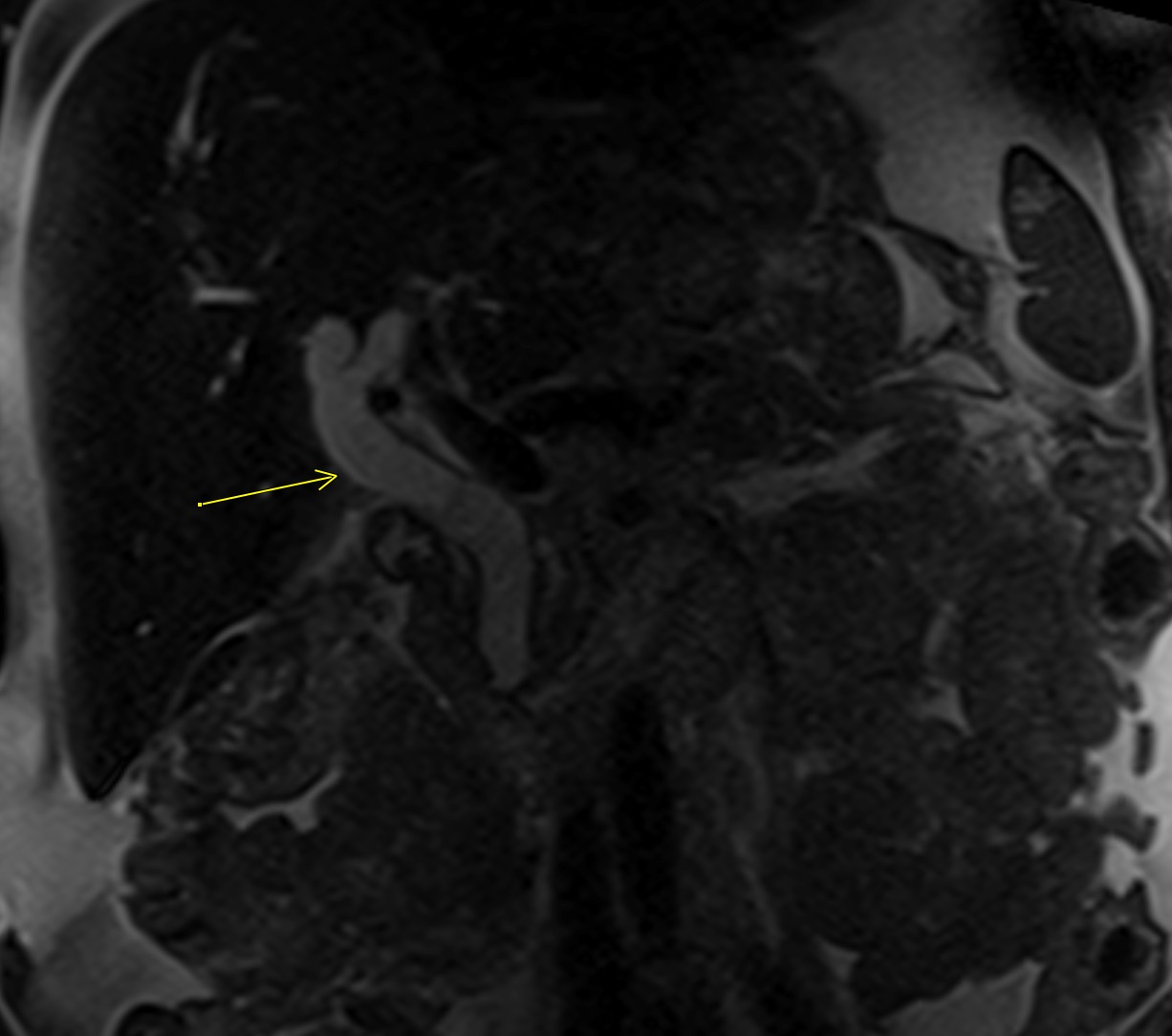