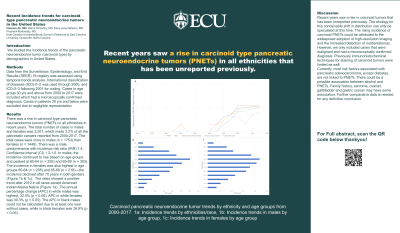 Introduction: We studied the incidence trends of the pancreatic neuroendocrine tumor (carcinoid type) by demographics in United States.

Methods: Data from the Surveillance, Epidemiology, and End Results (SEER) 18 registry was assessed using temporal trends analysis. International classification of diseases (ICD)-0–2 was used through 2000, and ICD-0–3 following 2001 for coding. Cases in age group 30 yrs and above from 2000 to 2017 were included which had a microscopically confirmed diagnosis. Cases in patients 30 yrs and below were excluded due to negligible representation.

Discussion: Recent years saw a rise in carcinoid tumors that has been unreported previously. The etiology for this conceivable shift in distribution can only be speculated at this time. The rising incidence of carcinoid PNETs could be attributed to the widespread adoption of high-resolution imaging and the increased detection of incidentalomas. However, we only included cases that were malignant and had a microscopically confirmed diagnosis. Previously immunohistochemical techniques for staining of carcinoid tumors were limited as well. Currently, most risk factors associated with pancreatic adenocarcinoma, except diabetes, are not linked to PNETs. There could be a possible association between alcohol and PNETs. Family history, sarcoma, ovarian, gallbladder and gastric cancer may have some association. Further comparative data is needed for any definitive conclusion. 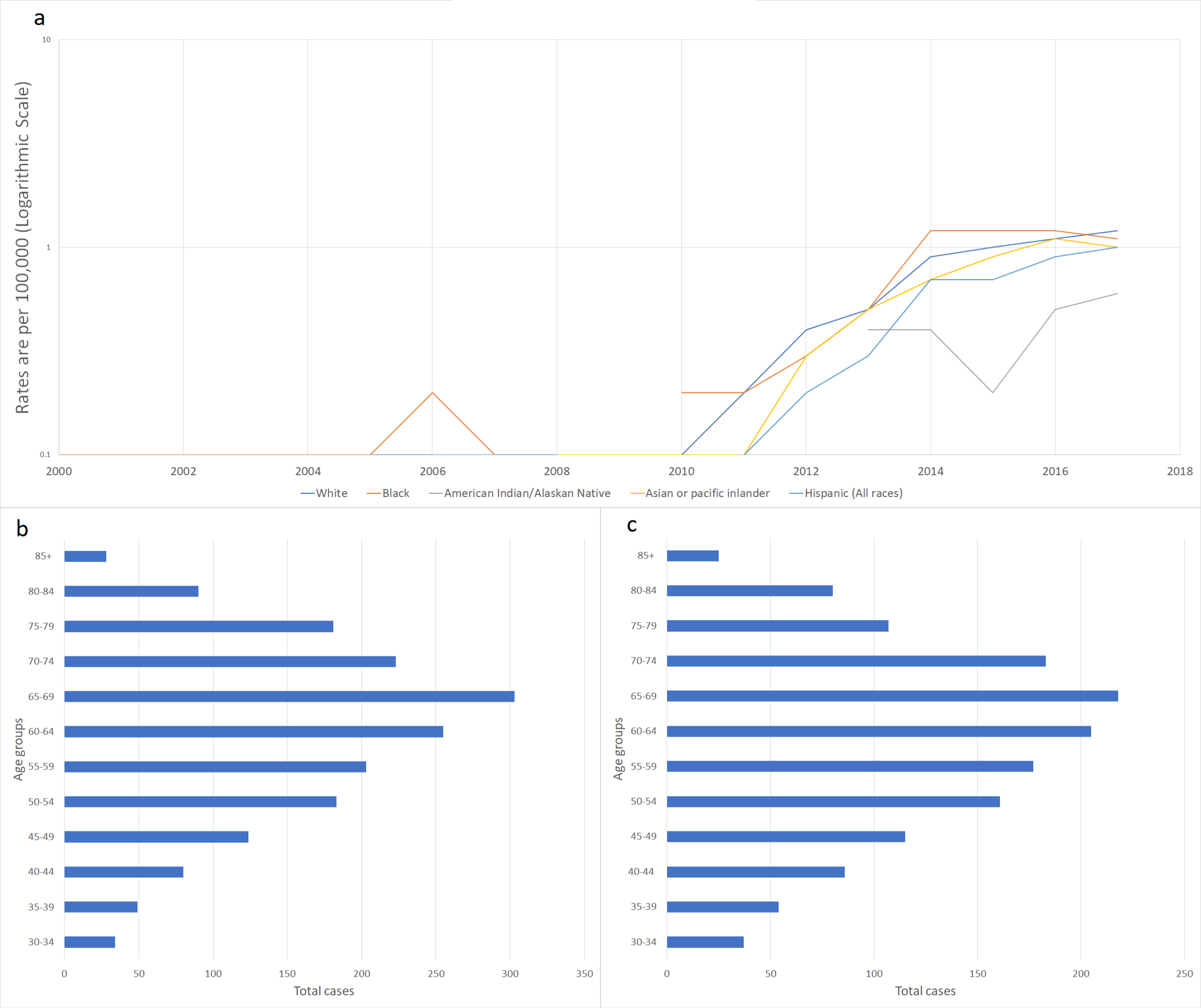