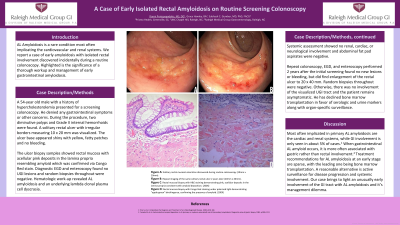 Introduction: AL Amyloidosis is a rare condition most often implicating the cardiovascular and renal systems. We report a case of early amyloidosis with isolated rectal involvement discovered incidentally during a routine colonoscopy. Highlighted is the significance of a thorough workup and management of early gastrointestinal amyloidosis.

Case Description/Methods: A 54-year-old male with a history of hypercholesterolemia presented for a screening colonoscopy. He denied any gastrointestinal symptoms or other concerns. During the procedure, two diminutive polyps and Grade II internal hemorrhoids were found. A solitary rectal ulcer with irregular borders measuring 10 X 20 mm was visualized. The ulcer base appeared shiny with yellow, fatty patches and no bleeding.

Repeat colonoscopy, EGD, and enteroscopy performed 2 years after the initial screening found no new lesions or bleeding, but did find enlargement of the ulcer to 20 x 40 mm. Otherwise, there was no involvement of the visualized UGI tract and the patient remains asymptomatic. He has declined bone marrow transplant in favor of serologic and urine markers along with organ-specific surveillance.

Discussion: Most often implicated in primary AL amyloidosis are the cardiac and renal systems, while GI involvement is only seen in about 5% of cases.1 When gastrointestinal AL amyloid occurs, it is more often associated with gastric rather than rectal involvement. 2 Treatment recommendations for AL amyloidosis at an early stage are sparse, with the leading one being bone marrow transplantation. A reasonable alternative is active surveillance for disease progression and systemic involvement. Our case brings to light an unusually early involvement of the GI tract with AL amyloidosis and it’s management dilemma. 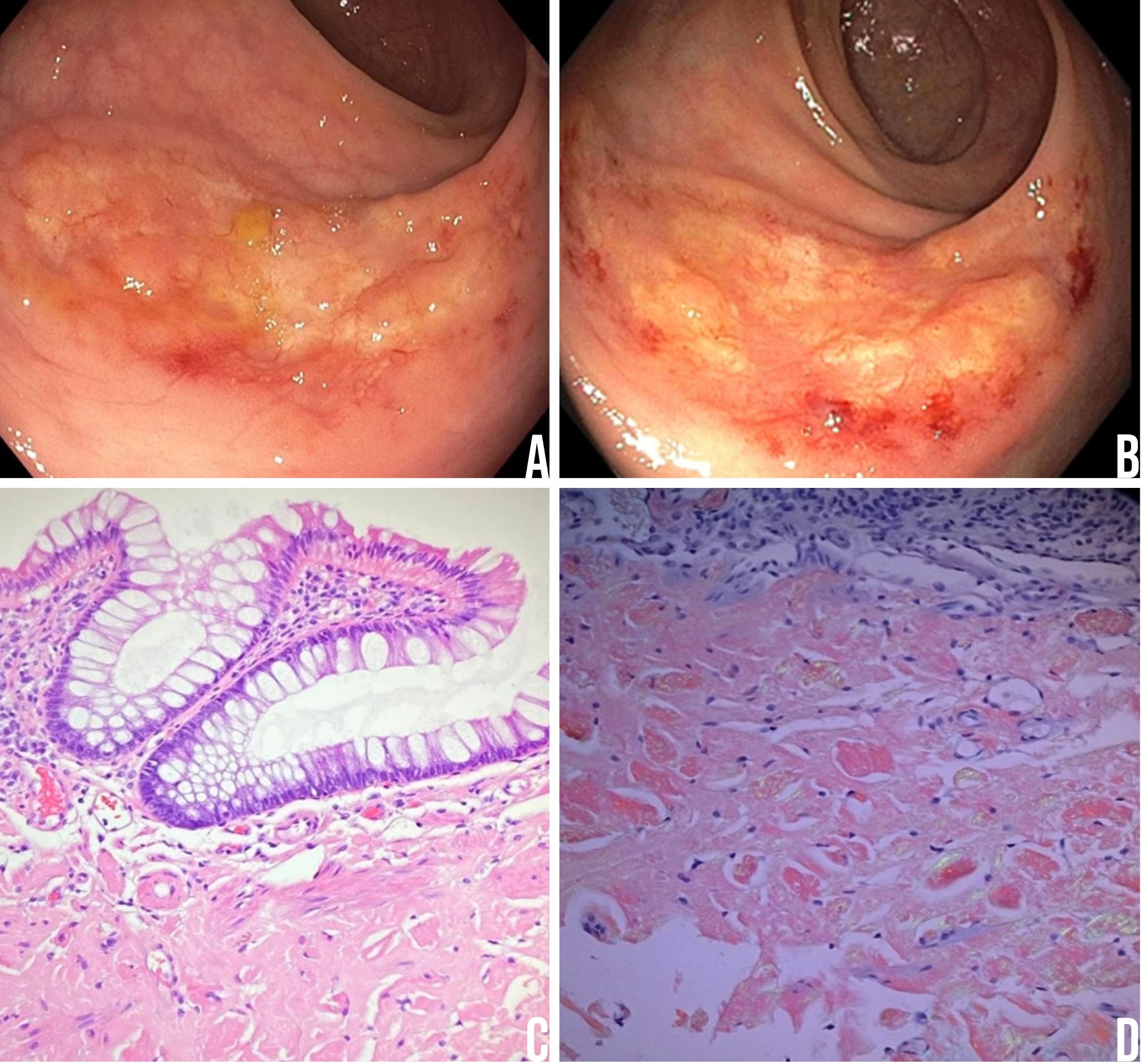