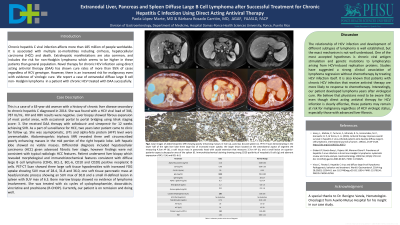 Introduction: Hepatitis C viral infection (HCV) has an estimated prevalence of > 185 millions of people affected worldwide.It is associated with cirrhosis, hepatocellular carcinoma and death.Extrahepatic complications are also common,and include the risk for lymphoma which is higher when compare to general population.Direct acting antiviral therapy (DAA) has shown to have cure rates of more than 95% of cases,however there is an increased risk for malignancy even with evidence of viral cure.We present a case of extranodal non-Hodgkin lymphoma in a patient cured from HCV treated with DAA.

Discussion: The relationship for HCV infection and development of lymphomas is well established,but pathophysiology is not well understood.One of the most accepted hypotheses is chronic viral antigen stimulation and genetic mutations to lymphocytes arising from HCV‐induced replication proteins.Physicians need to be aware that DAA therapy is clearly effective for intra- and extrahepatic manifestations of the virus, but these patients are still at risk for malignancy regardless HCV serologic status. 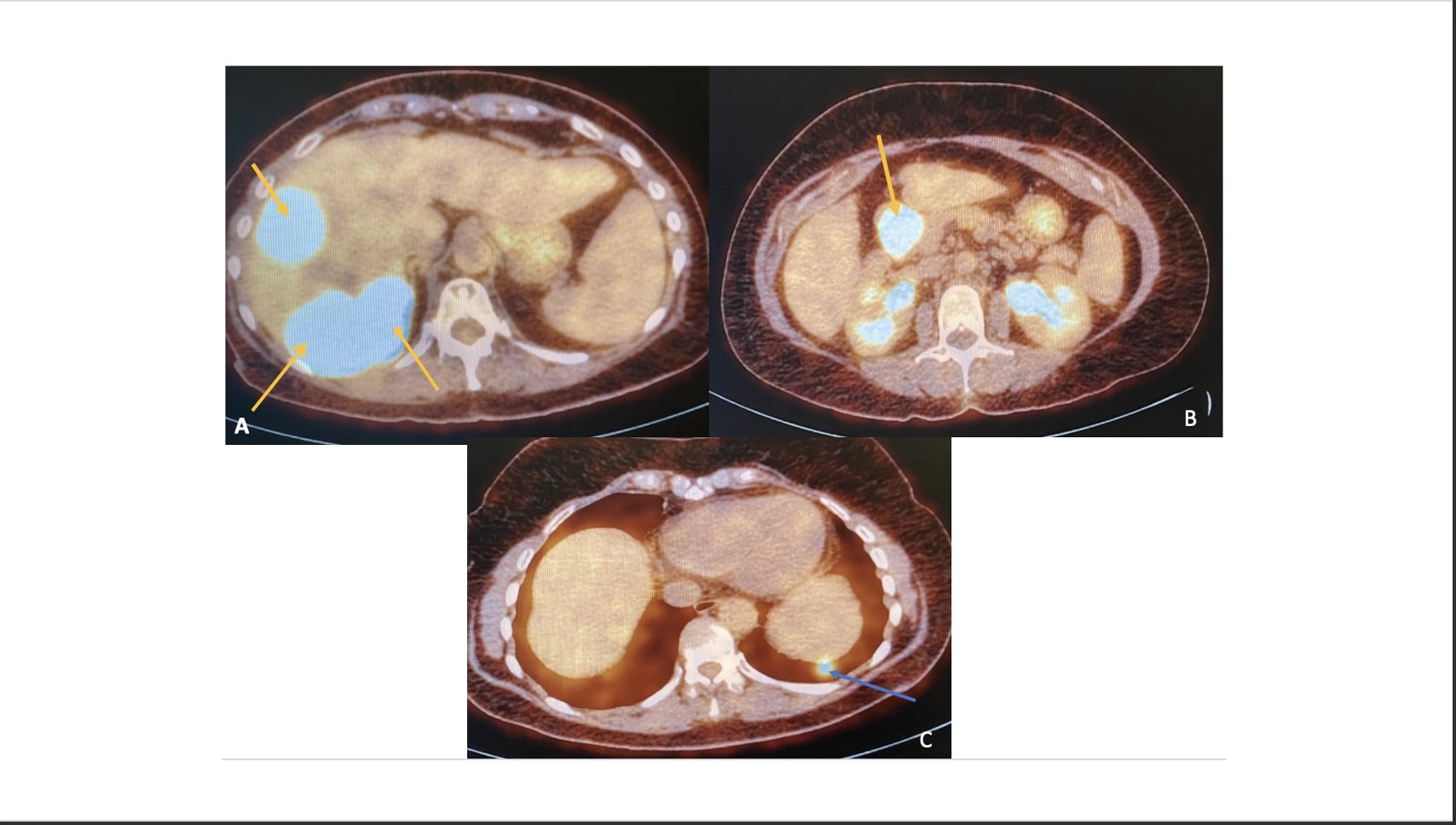 Figure: PET-CT SCAN showing in the lower half of the right liver lobe three large foci of increased tracer uptake, the larger lesion located on the anterolateral aspect of segment VIII measuring 4.3cm AP, also shows a soft tissue mass in pancreatic head with caudal extension that measures 3.7cm AP. There is no main pancreatic duct dilation (b), and a small lesion on superior-posterior aspect subcapsular area of the spleen (c).