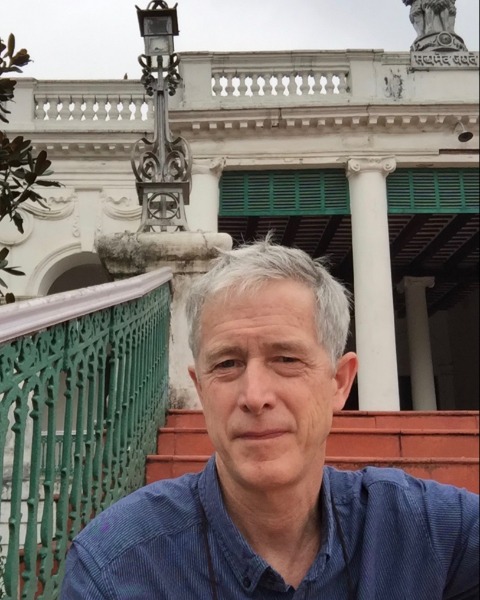 Brian A. Hatcher is Professor and Packard Chair of Theology in the Department of Religion at Tufts University. He is a scholar of religion in modern South Asia, with a special interest in colonial Bengal. After studying Chemistry at Carleton College (1980), he earned an M.Div. from Yale University (1984) and a Ph.D. in the Comparative Study of Religion from Harvard University (1992). He has twice been the recipient of a Fulbright-Hays Research Fellowship and was awarded a Short-term Senior Fellowship from the American Institute of Indian Studies in 2016. He is author of several monographs, the latest of which is Hinduism Before Reform (Harvard, 2020). A revised edition of his first monograph, Idioms of Improvement: Vidyasagar and Cultural Encounter in Bengal has just appeared (Primus Books, 2020). He is also the translator of Ishwarchandra Vidyasagar’s Hindu Widow Marriage (Columbia, 2011), co-editor with Michael S. Dodson of Trans-Colonial Modernities in South Asia (Routledge, 2012) and editor of Hinduism in the Modern World (Routledge, 2016). He is currently working on a monograph on the rise and fall of a Hindu monastic network in modern Bengal, with support from the American Institute of Indian Studies, the American Philosophical Society and the American Academy of Religion.