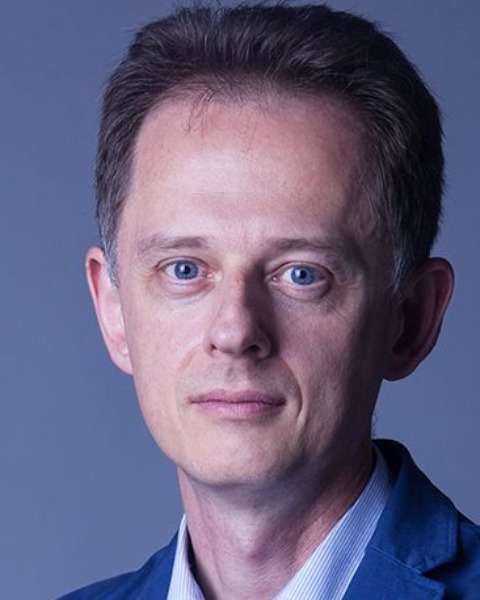 Jarosław Kapuściński is an intermedia composer and pianist whose work has been presented at New York's MOMA, Zentrum für Kunst und Medientechnologie in Karlsruhe, Museum of Modern Art Palais de Tokyo in Paris, National Reina Sofia Museum in Madrid, and many other venues. He has received awards, among others, at the UNESCO Film sur l'Art Festival in Paris in 1992, VideoArt Festival in Locarno in 1992 and 1993, Manifestation Internationale Vidéo et Art Éléctronique in Montréal in 1993, and International Festival of New Cinema and New Media in Montréal in 2000.

Kapuscinski's primary interest is the creation and performance of works in which musical instruments control multimedia content. He was first trained as a classical pianist and composer at the Chopin Academy of Music in Warsaw and expanded into multimedia at a residency at Banff Centre for the Arts in Canada (1988) and during doctoral studies at the University of California, San Diego (1992-1997).

Kapuscinski is actively involved in intermedia education. He was a postdoc and lecturer at McGill University in Montreal, he has taught at the Conservatory of Music at the University of the Pacific, and has lectured internationally. Currently, he is Associate Professor at the Department of Music at Stanford University.