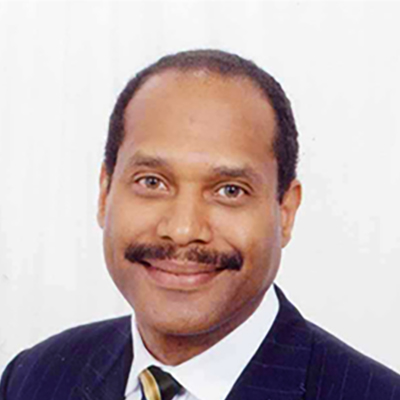 Mr. Jones leads the organization’s global business development and partners with foreign governments, corporations and ministries of health and medical institutions; his responsibilities include leveraging current external partners and the technical expertise of AAP’s members to promote AAP products, services, and trainings and to support AAP global programs “dedicated to the health of all children.” AAP Global currently has active programs in 28 countries spanning a variety of programmatic and training areas. Mr. Jones has served as the interlocutor for numerous U.S. institutions doing business with foreign entities, as an executive-level leader, and senior expert advisor, and since 2008, for leading mission driven institutions desiring to improve the lives of all (U.S. and globally).

Previously, 2017-20, Mr. Jones was the Special Advisor to the American Association for the Advancement of Science (AAAS) Research Competitiveness Program based in Washington, DC. (AAAS founded 1848 and is the world’s largest general scientific society, with 120,000 members, and publisher of the leading scientific journal, Science). Mr. Jones assisted AAAS in their business development efforts with foreign governments, and institutional programmatic work in science, technology, engineering, mathematics (STEM), health, research, and innovation to advance its mission throughout the world for the benefit of all people.

In 2011, Mr. Jones was appointed the Manager (Head) of Business Development at KAUST, a multi-billion-dollar endowed, International co-educational Graduate Science and Research University with over 100 nationalities among faculty, staff, researchers, students and residents: which is close to 60% of the nations around the world. Mr. Jones is credited with establishing KAUST’s Business Development Department, associated with the University’s mission to advance science and technology through distinctive and collaborative research to serve as a catalyst for innovation, economic development, and social prosperity in the world.

In 2008, on behalf of the U.S. Civilian Research Development Foundation (CRDF Global), Mr. Jones was the former Senior Advisor to the President and Board of CRDF Global, an independent nonprofit foundation established in 1995 by the National Science Foundation (NSF), authorized by the U.S. Congress and active in over 30 countries. Mr. Jones led CRDF’s international strategy and business development in cross-border R&D, S&T and partnerships to achieve economic growth, inventions, increased innovation, entrepreneurship and the commercialization of technology to foster peace, prosperity, safety, security, and sustainability. Mr. Jones has, also, contributed to advance Science and Technology cooperation between nations, as an invited Observer, to the U.S. Department of State, OES/STC Interagency Working Group (IWG) at a S&T Joint Committee Meeting (JCM).
Prior to 2007, Mr. Jones served as the Chief Financial Officer (CFO) and Executive Director of Administration and Human Resources for General Motors Corporation (GM) largest international dealerships operations in the Middle East; he has held several strategic and leadership roles within the oil, banking, manufacturing, and service-oriented companies (i.e. British Petroleum/BP, KeyBank, and First Chicago now known as JP Morgan Chase). He has start-up leadership and has served as an advisor to a variety of domestic and international organizations on joint ventures matters in Europe, Asia, the Middle East and North Africa and South America, as founder and president of an independent international management consulting and business development company (TC Intl./Gointernationally.com).