Back
Session : Novel Vaccines and Antibodies

Background: Cidara’s AVCs (antiviral Fc-conjugates) are novel conjugates of potent, antiviral agents with the Fc domain of human IgG1. CD377 is an AVC development candidate for prevention and treatment of influenza that has broad anti-neuraminidase activity in both enzymatic and cell-based assays and the potential to engage the immune system, as well as a long half-life.

Methods: Efficacy studies were conducted in BALB/c mice lethally challenged intranasally at 3x the LD95 with influenza A (H1N1, H3N2) and influenza B (both lineages).  CD377 was administered as a single dose subcutaneously (SC) 2 hours after viral challenge.  Body weights (BW) and health scores were monitored daily, with 20% BW loss recorded as a mortality. 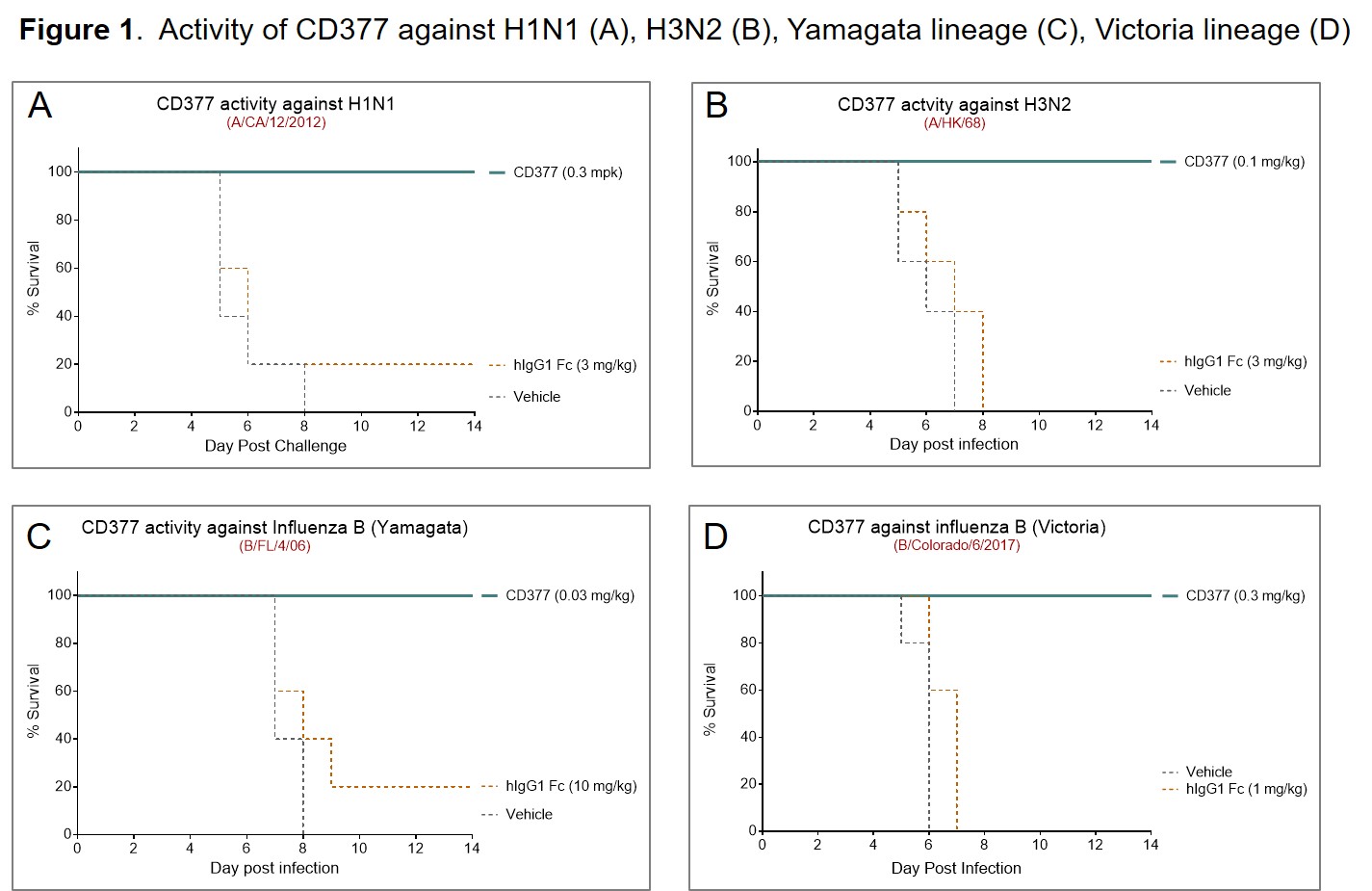