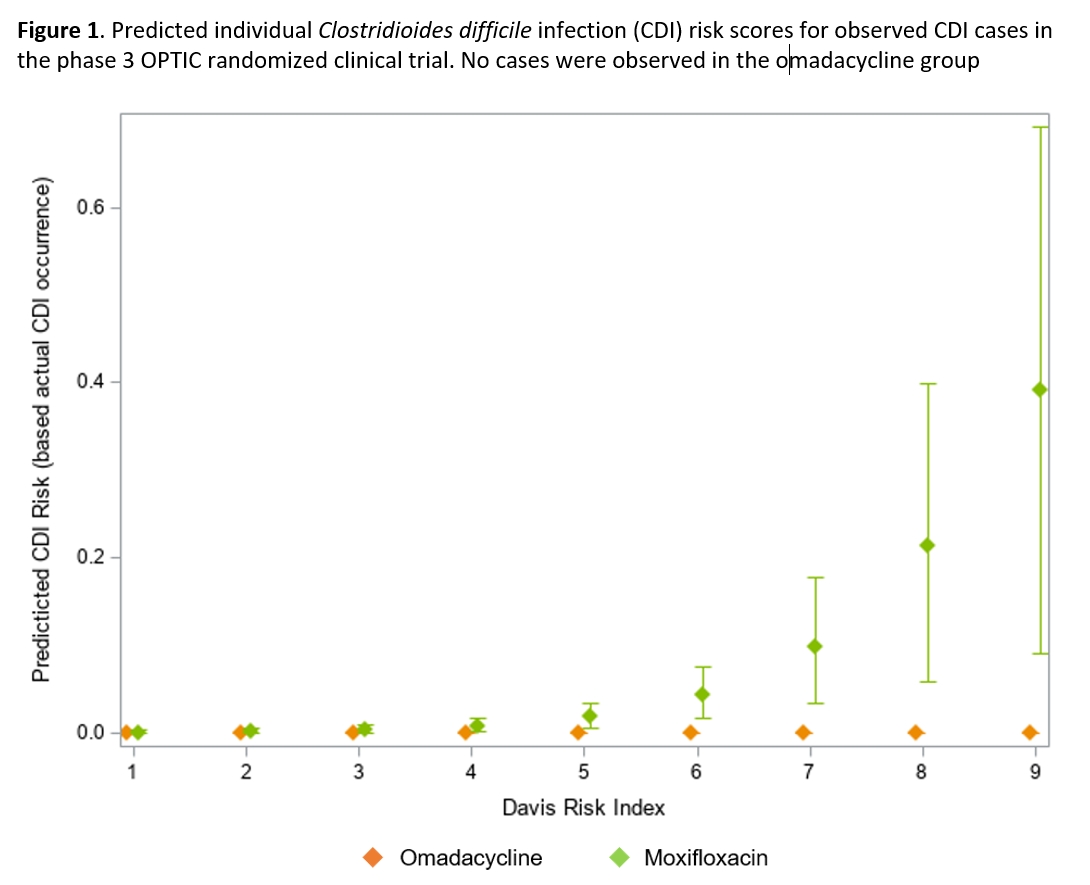 Methods: A deterministic healthcare-decision analytic model was performed. Only excess costs associated with each treatment were considered. Base-case model inputs were: yearly CAP admission in US, prevalence of CAP patients with DRS ≥ 6, CDI risk for CAP patients with DRS ≥ 6 with current CABP treatments, CDI costs (initial and recurrent), and OMC cost (Table 2). Efficacy and safety of treatments were assumed to be equal. CDI risk of 0% was assumed for OMC. Costs are reported as USD.Table 2 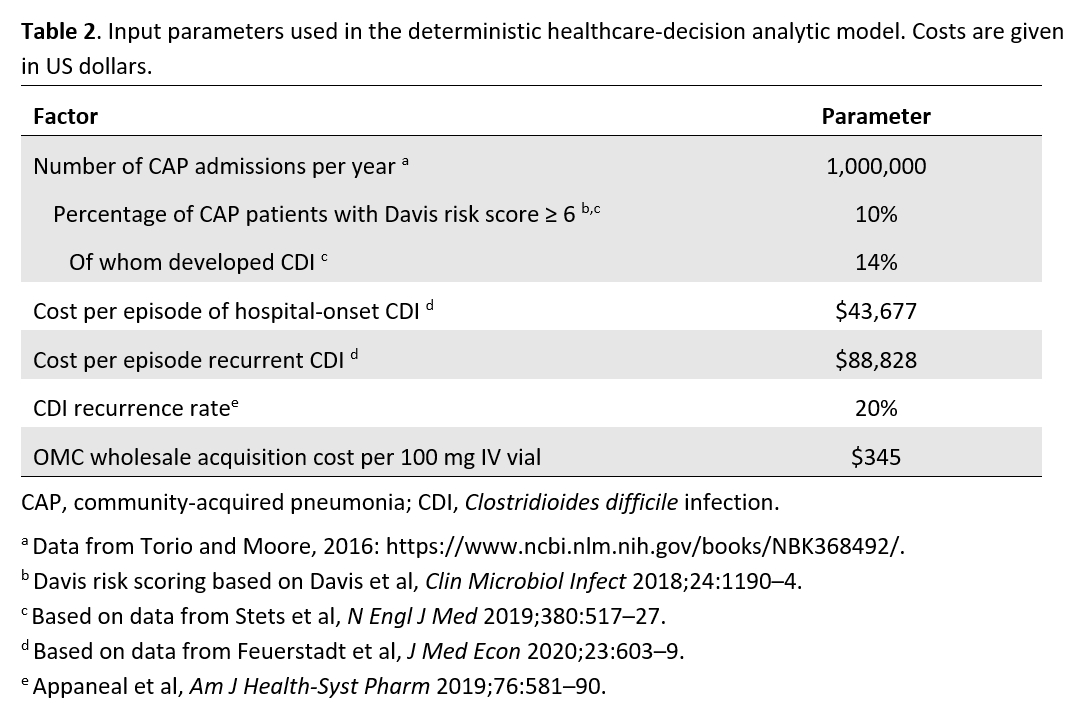 Results: For patients with CABP, total CDI costs were $738M, with first-episode costs of $489M plus recurrence costs of $249M. The cost of 5 days (mean hospital length of stay for CABP) of OMC was $207M. Use of OMC for the estimated 100,000 CABP patients with DRS ≥ 6 would result in a potential cost saving of up to $531M for this patient population, assuming CDI risk of 0% with OMC. As CDI is a risk from any antibiotic use, cost savings can be achieved when OMC is used in place of high-risk antibiotics patients when CDI risk rates exceed 3.9%.

Conclusion: Our findings suggest prioritizing use of omadacycline over current CABP treatments in hospitalized CABP with a DRS ≥ 6 may substantially reduce attributable CDI costs. These results can serve as a basis for stewardship interventions to reduce hospital CDI rates and associated costs.