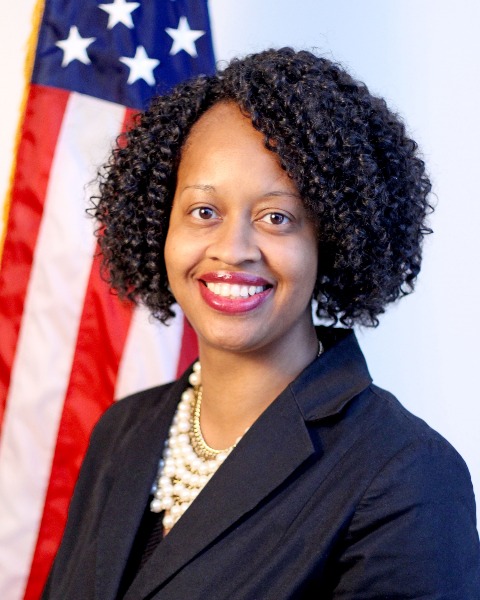 Angela V. McKnight, elected as the first African American Assemblywoman for the 31st District of the New Jersey State Legislature in 2015 is now serving her third term. She is a Democratic lawmaker representing towns in Hudson County, New Jersey to include Bayonne and Jersey City. As a member of the General Assembly, McKnight is the chairwoman of the Homeland Security and State Preparedness Committee, and serves on the Women and Children Committee, and the Aging and Senior Services Committee.

She is also the founder and Chief Executive Officer of AngelaCARES, an advocacy and support organization for senior citizens, based in Jersey City. She is an advocate for senior care, social justice, and cultural fairness in black communities.
Assemblywoman McKnight has sponsored several social justice bills to include the Civilian Complaint Review Board (CCRB) bill to allow municipalities to establish a civilian review board to investigate complaints against members of the police force; the hair anti-discrimination bill to prevent discrimination of certain hairstyles such as dreadlocks, and legislation to legalize adult-use of cannabis.
As a mentor and educator, McKnight serves as an adjunct faculty member at New Jersey City University (NJCU), and as an instructor at the Rising Tide Capital Community Business Academy. She holds a B.S. in Business Management from the University of Phoenix and has 25 years of experience in the customer service and technology arena.

As an activist and social advocate, McKnight serves as a Board Member on several boards to include the Jersey City Community Charter School, the United Way of Hudson County, and the NJCU Health Sciences Undergraduate Advisory Board. She has received several honors for her advocacy and accomplishments to include the US Senator Robert Menendez 2019 Community Outreach Award, and the 2019 Community Impact Award from Alpha Kappa Alpha Sorority, Inc.