32 - Influenza Vaccination Prevalence Among Adults with and without HIV by Race, Age, and Sex 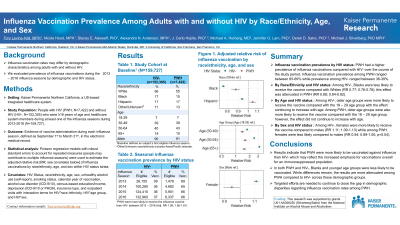 Background: People with HIV (PWH) may be more likely than people without HIV (HIV-) to receive influenza vaccinations. However, it is unknown if there are demographic differences in vaccination rates and whether this varies by HIV status. 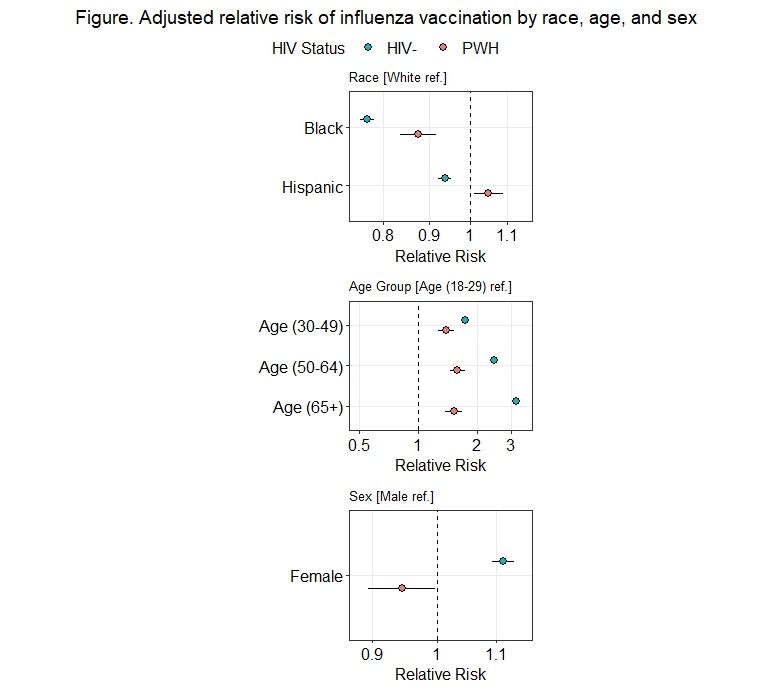 Conclusion: PWH were more likely to be vaccinated against influenza than HIV-. In both PWH and HIV-, Blacks and younger age groups were less likely to be vaccinated, although these associations were attenuated in PWH. The effect of sex varied by HIV status with increased vaccination rates for female HIV- but reduced rates for female PWH. Targeted efforts are needed to continue to close the gap in demographic disparities regarding influenza vaccination rates among PWH.