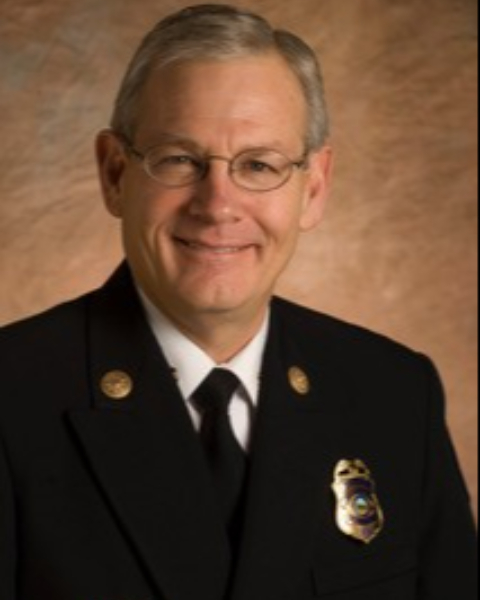 Fire Chief Randy R. Bruegman (Ret) began his career as a volunteer firefighter in Nebraska. He was hired as a firefighter in Ft. Collins, Colorado, where he served in a variety of positions including engineer, inspector, lieutenant, captain, and battalion chief. He has served in the role of fire chief for 27 years for the Cities of, Campbell, California; the Village of Hoffman Estates, Illinois; Clackamas County Fire District No. 1 (Oregon); City of Fresno, Ca. and the City of Anaheim, Ca. retiring in December of 2018 after serving over 40 years in local government.

He is a noted author and lecturer on such topics as leadership and managing change in the fire service and a contributing author of fire service literature including Fire Attack: The Strategy and Tactics of Initial Company Response; Making a Difference: The Fire Officer Role; Surviving Haz-Mat, Haz-Mat for First Responders; The Volunteer Firefighter, A Breed Apart and The Chief Fire Officer’s Desk Reference. He has authored four books: Exceeding Customer Expectations, The Chief Officer: A Symbol is a Promise, Fire Administration I, and Fire Administration II, with two in production, Principles of Fire and Emergency Services Administration, and Fire and Emergency Service Administration.

He served as President of the International Association of Fire Chiefs in 2002-2003 and served as the President of the Board of Directors of the Center for Public Safety Excellence from 2004-2017 He served as a principle member on the NFPA 1710 Technical Committee, a standard on the organization and deployment of resources in career fire departments for several years. Chief Bruegman is a Fellow of the Institution of Fire Engineers, an Internationally Designated Chief Fire Officer, and a certified Fire Chief through the California State Fire Marshall’s office. He has an associate’s degree in fire science, a bachelor’s degree in business, and a master’s degree in management.