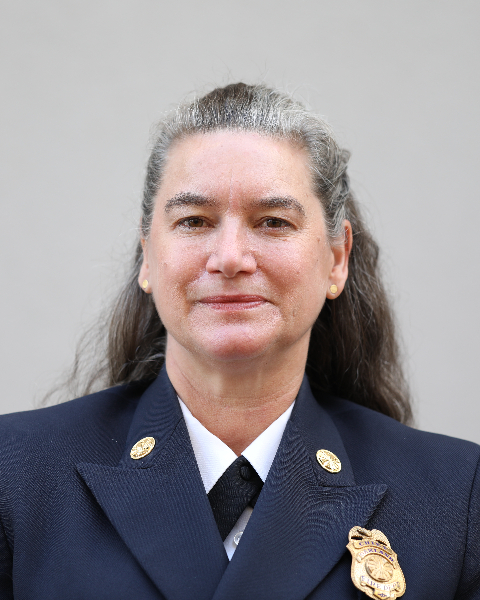 Chief Drayton began her fire service career as a recruit firefighter in Oakland, CA in 1998 and was appointed Interim Chief of the Oakland Fire Department on April 4, 2020. She promoted thru the ranks and most recently served as the Deputy Chief in charge of the Support Services Division which encompasses facilities, apparatus, contract compliance, legislative matters, capital improvement projects, fire communications and grant management. During her career, she had the opportunity to be the department’s public information officer for three years on an administrative staff assignment along with managing the dispatch center and served as the liaison for all department technology.
She served as the Incident Commander for the East Bay Incident Management Team deploying to disasters in both California and across the U.S. She held a trustee position for I-women representing the Western Division and has been involved in labor negotiations and assisted a variety of departments nationally and internationally with policies and best practices involving pregnancy, fertility issues, family care and birth bonding. She earned her Bachelor’s degree from UC Santa Cruz and has a Master’s degree in Sport Psychology from John F. Kennedy University.