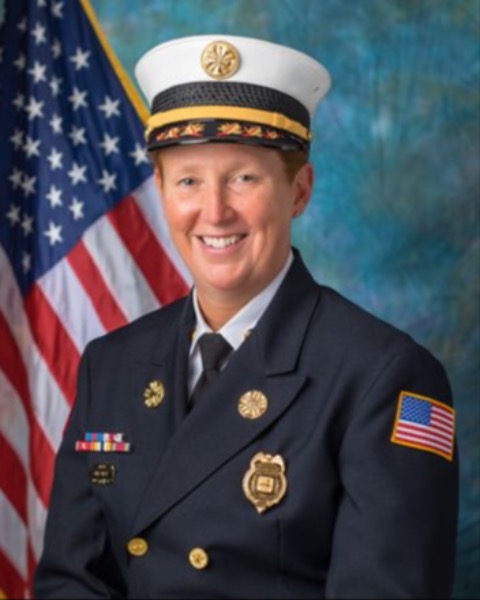 On August 29, 2008, Gina was promoted to Division Chief and assigned at Fire Administration. In her role, she collaborated with the Fire Department Command Staff as well as other City Divisions regarding operational issues, staffing, disciplinary actions, budgeting, and strategic planning. In July of 2014, she assumed the duties of the Deputy Chief of Logistics on an interim basis. In this capacity, she was responsible for the Logistics Service Center as well as the Fire Communications Service Center.

On January 1, 2016, Gina was appointed as the Director of Fire Services. She is the first female to service in this capacity in the history of the Memphis Fire Department and one of only a handful of females leading a metropolitan fire department in the United States.

Director Sweat credits her success to her parents for instilling the value of hard work and determination in her at a young age. She attended Freed-Hardeman University where she earned a Bachelor’s of Business Administration degree in Marketing in 1988. She also played collegiate basketball while attending Freed-Hardeman. After joining the Memphis Fire Department, she continued her education by obtaining a Bachelor’s of Professional Studies in Fire Administration in 2000 and a Master’s of Professional Studies in Strategic Leadership in 2013, both from the University of Memphis.