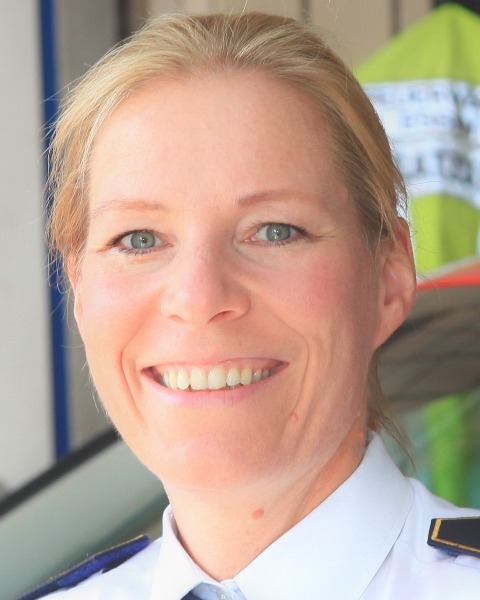 Division Chief Susanne Klatt, Essen, Germany Susanne is currently a division chief with the Essen, Germany Fire Department and a leader in integrating women into the fire service in Germany. After high school Susanne studied safety and fire engineering and holds a Diplom-Ingenieur (Masters) degree in engineering and a bachelor degree in psychology. She worked as a safety engineer for an engineering firm on construction sites in Germany and on oil- and gas platforms in the North Sea prior to joining the fire service. She started her career in the fire service as a volunteer firefighter in 1992 and became a career firefighter in 2001. After joining the career fire service as a fire officer trainee, she worked as a trainer for leadership, methodology, and fire tactics for the state fire service college of North Rhine-Westphalia, Germany. Susanne has served as a division chief with the Essen Fire Department since 2008. As a division chief, Susanne supervises and commands over 200 fire officers and firefighters. She serves as an incident commander for large incidents of all types. She is also responsible for risk assessment, as well as health, safety and environment training within the Essen Fire Department. In 2009 Susanne began the Executive Fire Officer Program (US National Fire Academy) and graduated in 2012. In 2006 Susanne co-founded Feuerwehrfrauen, the German network of female firefighters, and has served as its president. Susanne spoke at the FRI conferences in 2010, 2016, 2018, and 2019 the EFO symposium in 2013, the TEEX Leadership Development Symposium 2017 and FDIC 2017 and 2018 and co-presented at the Vision Keynote during the Microsoft Inspire and Microsoft Ready Conferences in July 2017. She has more than15 years’ experience as an instructor in the fire service and spoke at several conferences in Germany. Susanne is married and has one son. In her “spare time” she enjoys traveling, scuba diving, hiking, and sports in general.