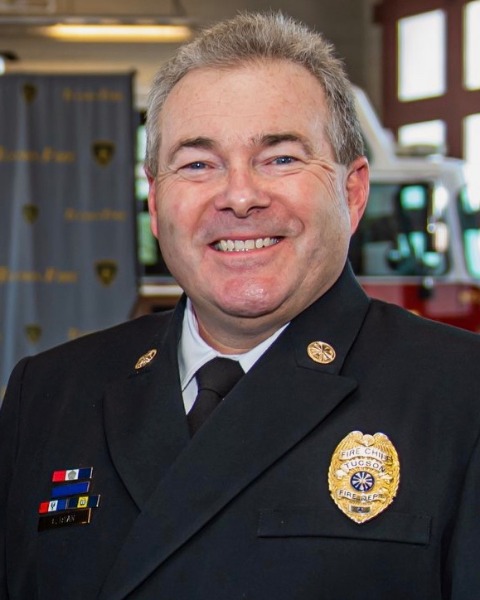 Chief Ryan is the current Fire Chief for the City of Tucson, Arizona. He has been in the fire service since 1991, first serving as a volunteer firefighter and then starting in the career fire service in January 1994 with the Fairfax County Fire & Rescue Department. Chief Ryan served with Fairfax County for over 25 years until September 2019, reaching the rank of Assistant Fire Chief. During his career in Fairfax County, he worked in the Operations Bureau from his appointment as a firefighter up through the rank of Deputy Chief. In 2016, he was appointed as an Assistant Fire Chief and oversaw the agency's Personnel Services Bureau until January 2019 when he transitioned to the Business Services Bureau until his retirement from Fairfax County and his appointment as Tucson's Fire Chief.

Chief Ryan holds a Bachelor of Arts cum laude from Siena College (1984), a Juris Doctor from Pepperdine University School of Law (1987), is a graduate of the NFA's Executive Fire Officer Program (2015), and is a credentialed Chief Fire Officer through the Commission for Public Safety Excellence (2019). In addition, Chief Ryan completed the Naval Postgraduate School Center for Homeland Defense & Security's Executive Leaders Program in 2017. He is a regular presenter at national fire service conferences, and he has been an FRI presenter since 2008. Chief Ryan is also an instructor at the National Fire Academy in the Command & Control series of classes as well as classes pertaining to Community Risk Reduction.