Rationale: Over 60 million people worldwide are diagnosed with epilepsy and Sudden Unexpected Death in Epilepsy (SUDEP) is a common cause of premature mortality for those individuals. There are currently no markers that could help predict and manage the risk of SUDEP as the pathophysiology underlying SUDEP remains unclear. However, an increasing body of evidence is supporting the role of cardiac dysfunction in SUDEP. For instance, abnormal heart rhythm has been reported during and following epileptic seizures. More importantly, recent genetic studies have found pathogenic variants in cardiac arrhythmia genes, including the voltage-gated potassium channel gene KCNH2, in SUDEP cases. This prompts us to focus on the variants in cardiac arrhythmia genes, starting with KCNH2, as potential biomarkers to predict SUDEP risk. We aim to functionally characterize all KCNH2 variants that were found in SUDEP cases. We hypothesize that even mild changes in channel function due to these genetic variations can cause abnormal cardiac rhythm and consequently increase the risk of SUDEP in the event of a seizure.

Results: Our functional analysis shows that nine out of 91 of SUDEP patients, or approximately 10%, carry a loss-of-function KCNH2 variant. One of the variants, R1047L, causes a 25% reduction in channel function and is a common variant found in gnomAD with an allele frequency of 0.018. This variant is enriched about three times higher in our SUDEP cohort compared to the general population (P=0.03, Fisher’s exact test). Results thus far strongly support the role of these variants as predictive biomarkers of SUDEP risk.

Conclusions: Establishing cardiac genetic biomarkers and their SUDEP risk stratification will have an immediate clinical impact. Patients highlighted as high-risk would be candidates for long-term cardiac monitoring, especially during seizures. Lifestyle changes and treatments such as beta blockers or surgically implanted cardioverter defibrillators, used to prevent sudden cardiac death, may be applicable. We will also be closer to understanding cardiac role in the pathophysiology of SUDEP. 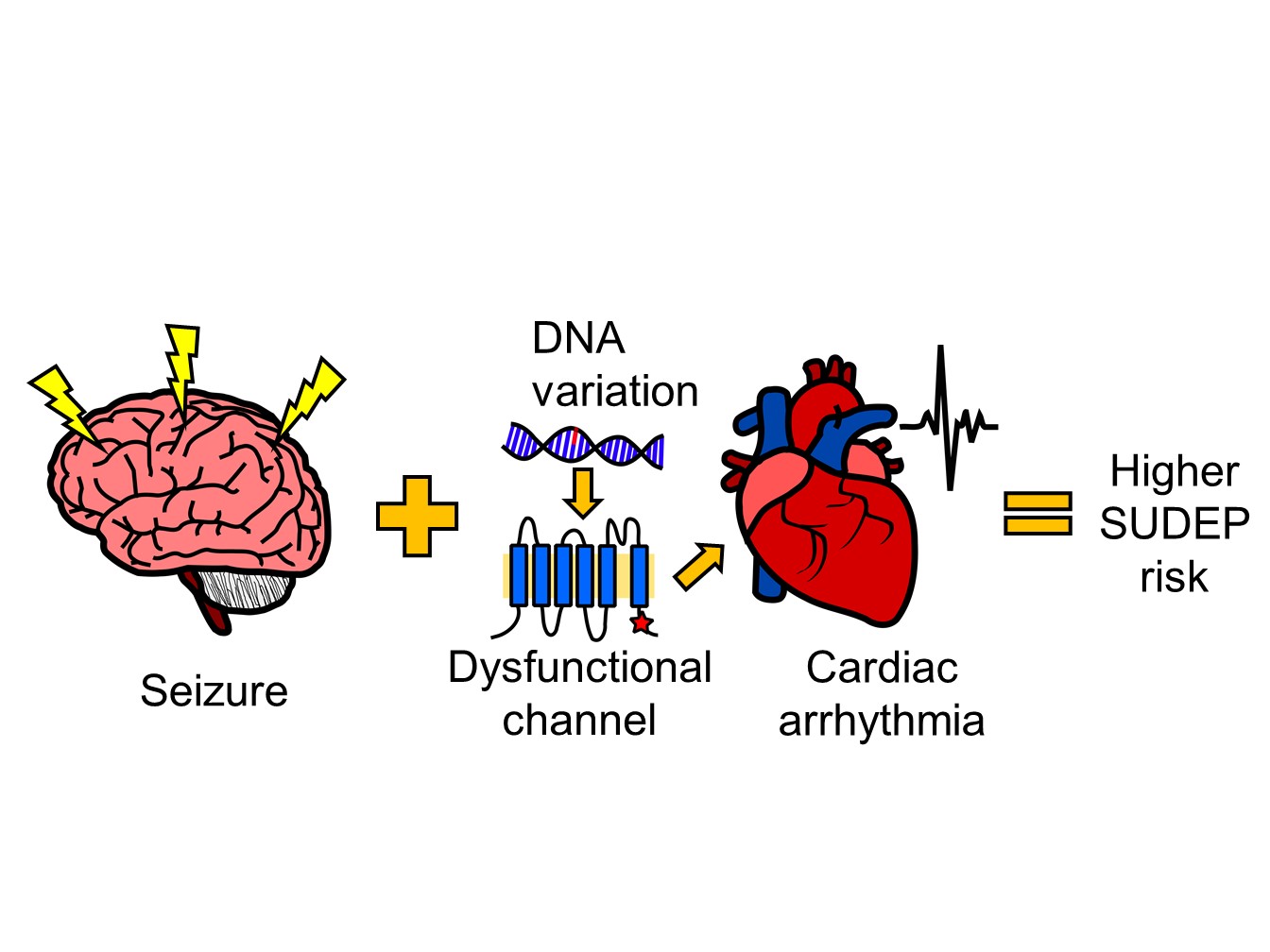