(544) Imprint of psychogenic non-epileptogenic seizures (PNES) on the brain

Rationale: PNES are thought to be mediated by psychological stress factors but the biological mechanisms underlying them are currently unknown. The overall goal of this study is to demonstrate that PNES is associated with transient phases or states characterized by an enhanced synchronization between brain regions normally involved in emotion control or “overshooting” that can be detected by resting state fMRI (rsfMRI) when analyzed with an dynamic approach. Ongoing stress enhances the “overshooting” until it is “released” by a seizure.

Conclusions: The findings of this study indicate that the interictal state of PNES is characterized by the more frequent occurrence of states with increased connectivity strength (AS6, AS2) compared to controls (AS7) and that gray matter connectivity is facilitating this shift. Although very preliminary, these findings are consistent with the hypothesized “overshooting”.

Funding: Please list any funding that was received in support of this abstract.: DoD Award W81XWH-17-1-0336 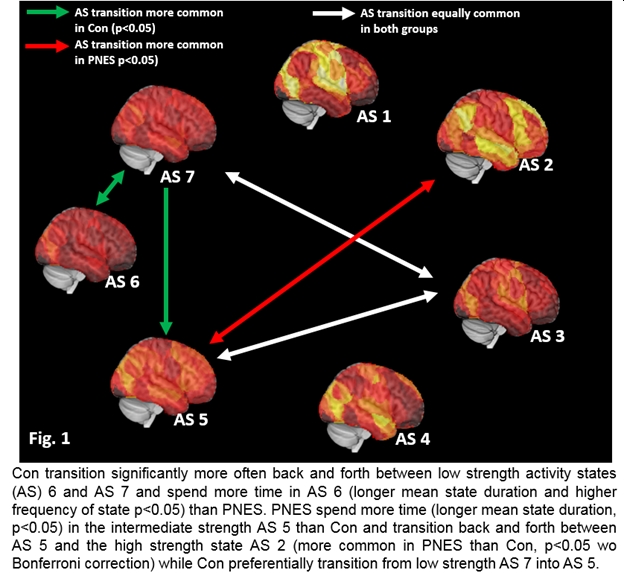