Rationale: Interrelations between Epilepsy and Alzheimer’s disease (AD) are relatively understudied. AD patients are more likely to display epileptiform activity and seizures than a normal age-matched population and other non-AD dementias. Epileptiform activity and ictal EEG abnormalities are evidence of underlying hyperexcitability and have been linked to cognitive impairment in animal models and humans with AD. However, this neurophysiological phenomenon has been rarely evaluated in preclinical or early stages of the disease using electroencephalography (EEG) and magnetoencephalography (MEG), simultaneously.

Methods: We report a preliminary series of five consecutive patients on the AD spectrum with no history of seizures, in whom we recorded EEG and MEG using 64 EEG electrodes, including the subtemporal array, and 306 MEG sensors during resting state for 120 minutes. An expert in either EEG or MEG visually inspected for epileptiform activity. After spike detection, a source reconstruction model, using individual MRIs and single dipole approach, was computed to test the brain sources for the spike-related primary electrical currents.

Results: One patient with pre-symptomatic AD, two with mild cognitive impairment amnestic type due to prodromal AD and two with mild probable AD dementia participated. Three displayed potential epileptiform activity. Spikes were located in the left mesial temporal lobe in one subject, right fronto-opercular in another and bitemporal in a third subject. This epileptiform activity was found more often in MEG, and in two patients it had a clear low voltage EEG correlate.

Conclusions: Patients in the early stages of AD display epileptiform activity, better visualized in MEG. Clinical follow-up and correlation with biomarkers are needed to fully understand the clinical meaning of this epileptogenic activity. Detecting these epileptogenic features early in AD could prompt changes in clinical decisions and treatment and potentially slow cognitive decline. 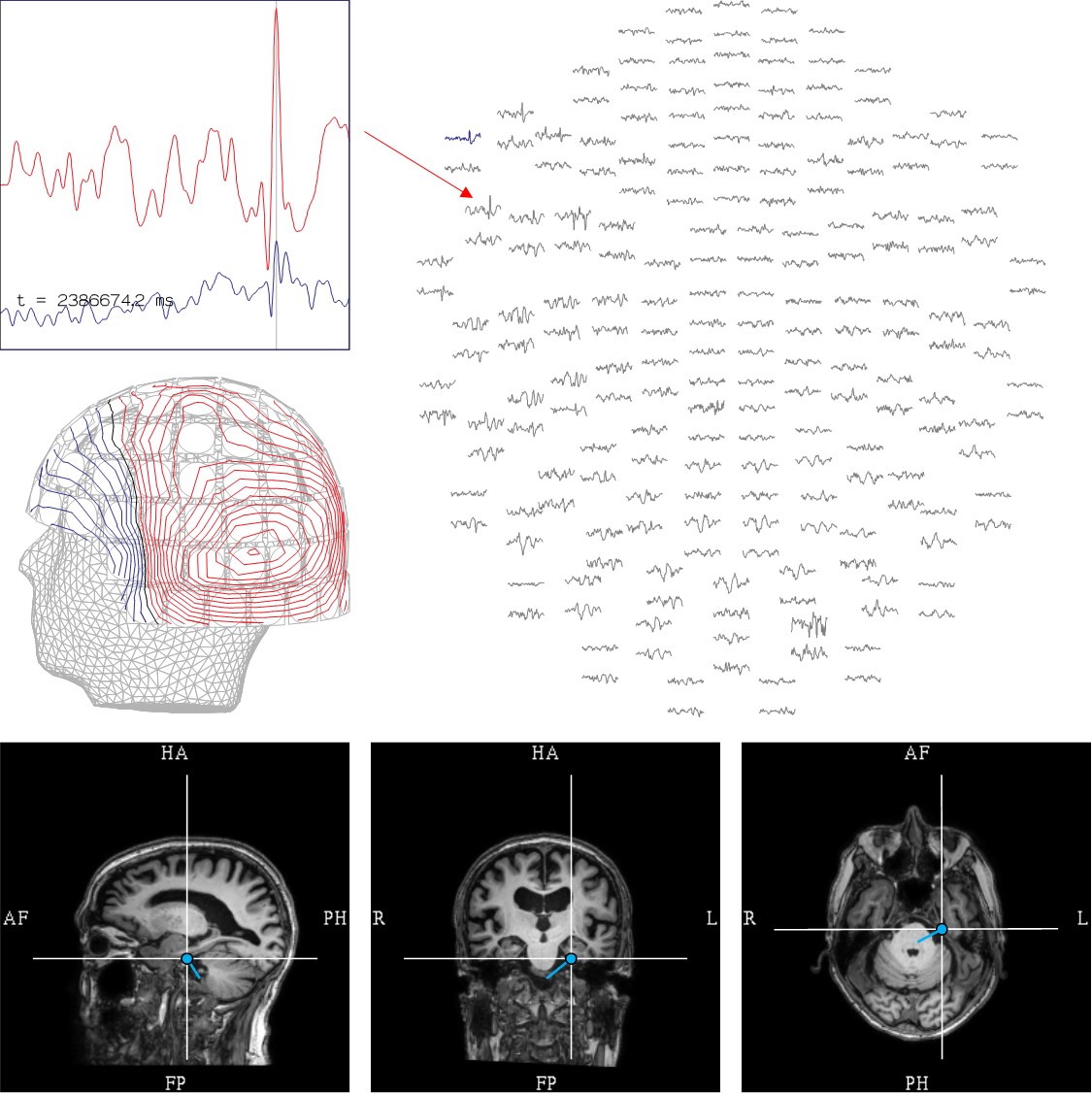