(850) TD567, A Novel Carboxyphenolcyclohexenone as a Drug Candidate for the Treatment of Post-traumatic Epilepsy

Rationale: Approximately 6% of cases of epilepsy are believed caused by traumatic brain injury (TBI), so that some 250,000 individuals suffer from post-traumatic epilepsy (PTE) in the U.S. and as many as 4 million globally. Seizures in these patients are often difficult to control with available antiseizure medications.

Methods: To identify small molecule drugs to treat PTE, OB Pharmaceuticals developed screening platforms using in vitro optical imaging and electrophysiology followed by in vivo testing in three rat models of PTE induced by controlled cortical impact (CCI) injury to the frontal cortex. In all cases, animals were allowed to recovery a minimum of one week and used only if exhibiting stable behaviors and feeding habits. In the first model, animals exhibit behavioral (limbic-like) seizures and epileptiform discharges in the amygdala in response to an applied stressor. In the second model, animals kindle faster than non-injured sham controls, exhibiting robust stimulation-evoked behavioral and electrographic seizures. In the third model, fast kindling rats subjected to CCI exhibit progressively worsening spontaneous seizures, and within weeks enter a state of continuous status epilepticus-like seizures.

Results: The behavioral and electrographic post-traumatic seizures in all three TBI models are resistant to high doses of carbamazepine and levetiracetam. In marked contrast, a series of novel 3-carboxyphenyl-cyclohex-2-en1-one compounds have been discovered that protect against both stress-activated, current evoked and spontaneous behavioral and electrographic seizures in a dose dependent manner. The ED50 for the lead compound TD567 is 5 mg/kg. The compounds are orally active and do not cause sedation or neurological impairment (loss of righting reflex or disrupted rotarod performance) in mice and rats at doses ≥600 g/kg (safety margin of >120). Studies in single neurons reveal that the compounds exhibit novel modulatory actions on voltage-gated sodium channels by altering the fast inactivation rate constant tau (τ). TD567 in particular has high aqueous solubility; exhibits excellent oral bioavailability; is stable in rat and human liver microsomes; and demonstrates prolonged plasma exposure in pharmacokinetic studies in rats. The drug exhibits no safety signals in cardiomyocytes, a hERG assay, and an assay of mutagenicity.

Conclusions: TD567 is being advanced to first-in-man studies with the aim of developing it as a treatment for PTE.

Funding: Please list any funding that was received in support of this abstract.: [supported in full by OB Pharmaceuticals] 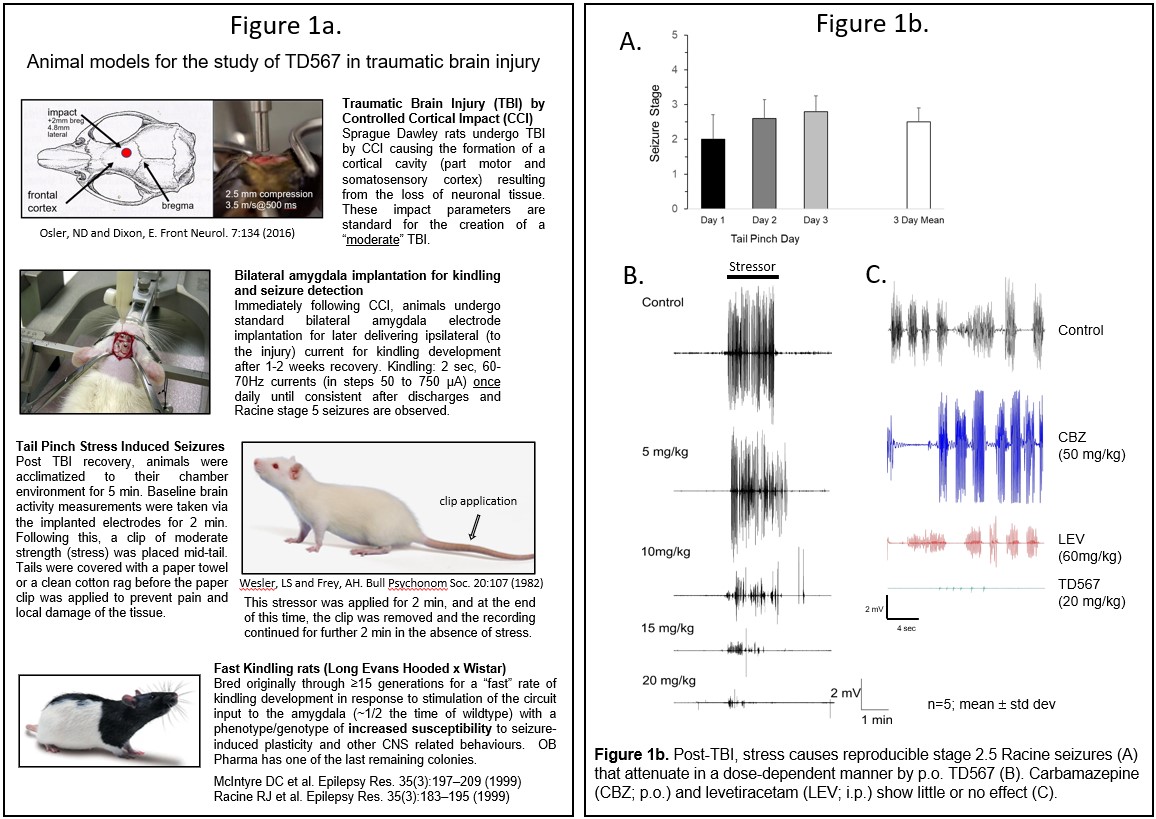 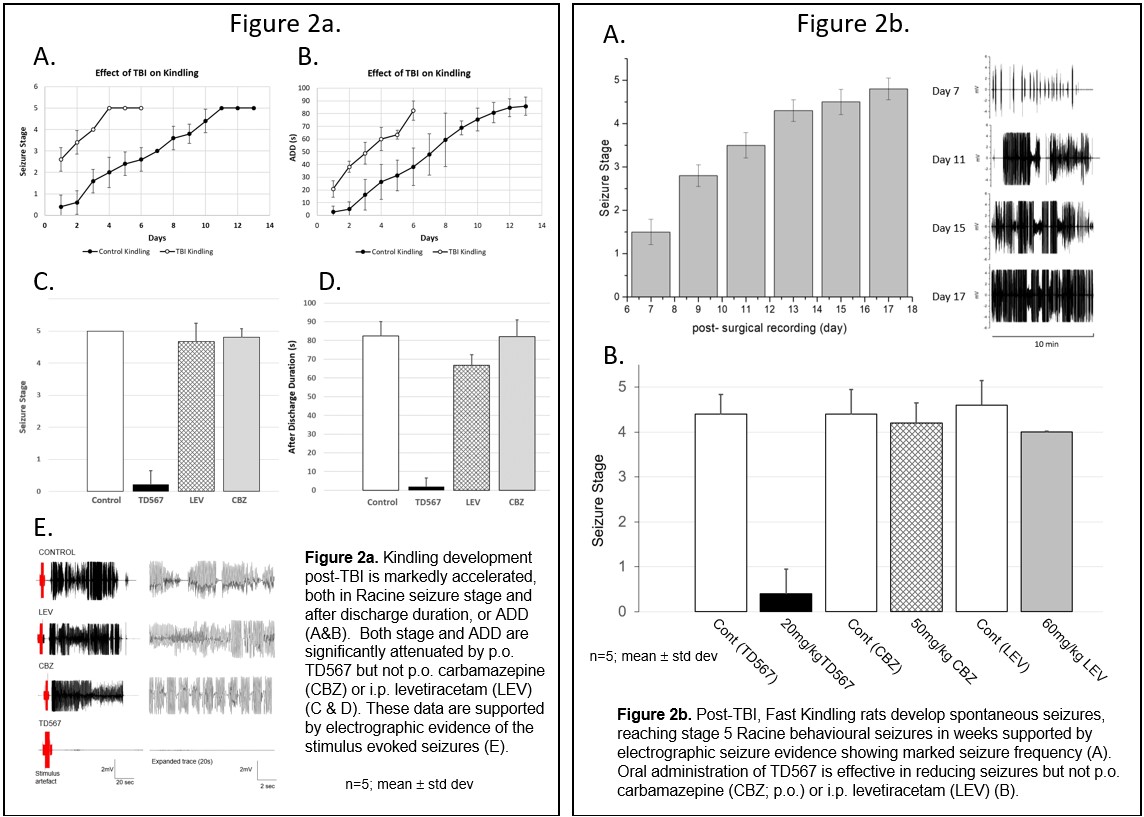