(835) The burden of Symptomatic Seizures in Cerebral Sinus Thrombosis: A Population-Based Study

Rationale: Cerebral sinus thrombosis (CST) is less common than other types of stroke but can be challenging to diagnose until recent advances of neuroimaging. Previous literature suggests that symptomatic seizures occur at presentation in 39% cases and 7% cases after the diagnosis of CST. There is no contemporary data available regarding prevalence trend of symptomatic seizures and their predictors in CST population. Our aim of the study is to assess the prevalence trend, predictors and overall prognosis of seizures in CST population.

Methods: Using ICD-9 CM codes, CST and symptomatic seizures were extracted from the National inpatient sample database from the year of 2005 to 2015. The weighted discharge was used to generate national estimates. Categorical variables and continuous variables were assessed by the Rao Scott χ2 test and Wilcoxon rank-sum, respectively. Independent predictors of seizures were calculated using the backward elimination multivariable logistic regression model to avoid confounding effects.

Conclusions: Our study suggests an increasing burden of symptomatic seizures in the CST population that urges to strengthen further the guideline on timing of antiepileptic medications who presented with acute CST. Approximately 14% cases of seizures presented during pregnant conditions. Further study is recommended to explore predictors of increasing odds of seizures during pregnancy with CST. Majority of patients experiencing seizures with CST were discharged to facility suggesting increasing burden of disability, while the subgroup discharged home and inpatient mortality were comparable to CST without seizures cohort.

Funding: Please list any funding that was received in support of this abstract.: no funding 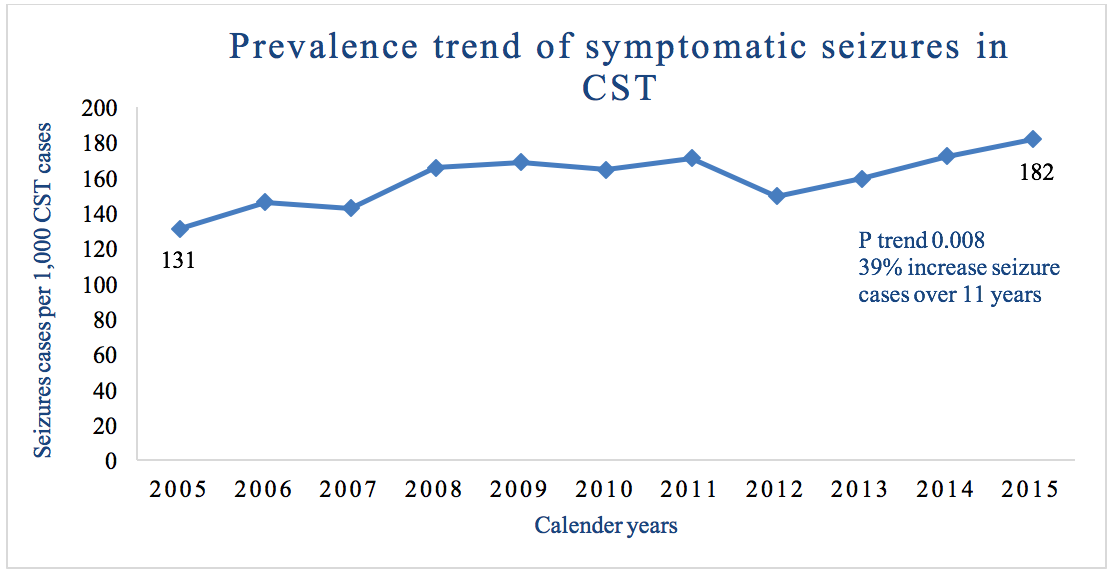 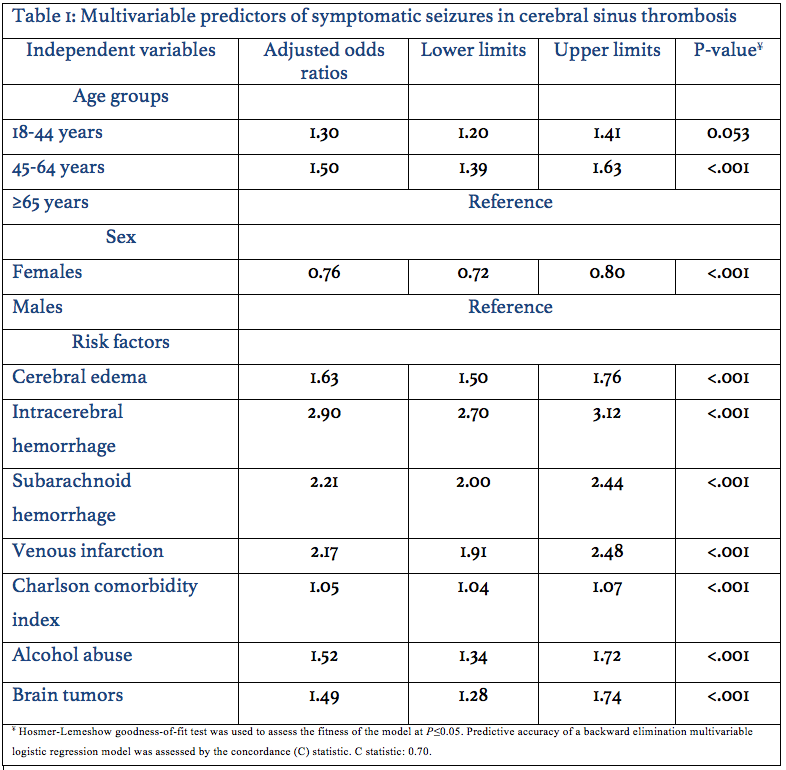