Methods: We acquired rsfMRI in 53 patients (29 female, 39±12yrs) with unilateral TLE and 53 controls (29 female, 39±12yrs). fMRI was corrected with RETROICOR and participant-specific brain segmentations were used to generate time series. We calculated causal connectivity of intralaminar nuclei and striatum with the combinedFC metric developed by Sanchez-Romero and Cole.3 CombinedFC between two regions first calculates bivariate correlation between two regions and then partial correlation between these regions using all other regions as confounds. By combining results of bivariate and partial correlation, strength of causal interactions between brain regions is determined. 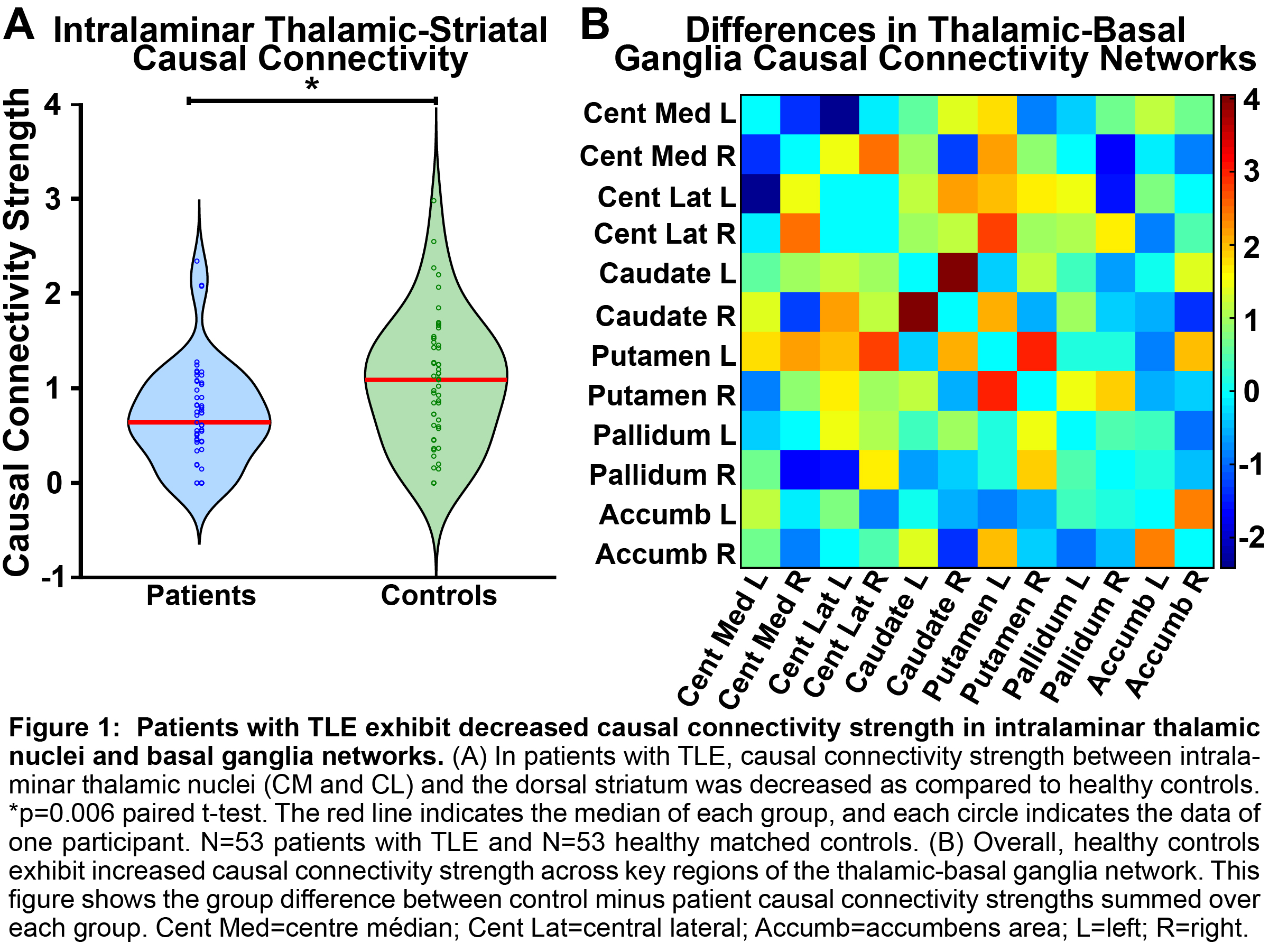