(1005) Comparison of Surgical Outcomes in Elderly Versus Younger Patients

Rationale: Epilepsy surgery is safe and effective for the treatment of refractory epilepsy. However, there are few studies reporting outcomes specific to patients age 50 and older, and these studies show variable results. Elderly patients are not referred for surgical evaluation as often as younger patients. Older patients may have more medical comorbidities and it has been speculated that longer duration of epilepsy may limit favorable outcomes. This study was designed to compare surgical outcomes at a single institution for elderly versus younger patients.

Methods: This is a retrospective study of adult patients who had brain resection for the treatment of refractory epilepsy from February 2006 through September 2019. Hospital and clinic records were reviewed to determine patient demographics, location of surgical intervention, length of follow up, Engel outcomes, and complications of surgery. The elderly group was defined as patients age 50 and older. Patients were excluded for age less than 18 or for surgeries that were not planned to treat refractory epilepsy.

Results: One hundred ninety-three records were reviewed and 116 met inclusion and exclusion criteria. Twenty-three surgeries were elderly adults and 93 were in younger adults. The elderly patients were more likely to be female (57% vs. 45%) and have a duration of epilepsy greater than 20 years (61% vs 35%). Surgeries were more often on the right side of the brain (70% vs. 46%). There was no statistical difference in Engel outcomes between the elderly and younger patients. Overall, 60.9% of elderly patients and 60.2% of younger patients had Engel class I outcome. While 91.3 % of elderly patients and 93.6% of younger patients achieved meaningful improvement in their seizures after surgery (Engel class I-III). Complications were similar among both groups. No statistical significance was found for any complication type.

Conclusions: In this study there was no significant difference between Engel outcomes for elderly patients as compared to younger patients. Complication rates and type were similar in older and younger adults. Age above 50 should not be a barrier to epilepsy surgery.

Funding: Please list any funding that was received in support of this abstract.: No funding was provided for this study. 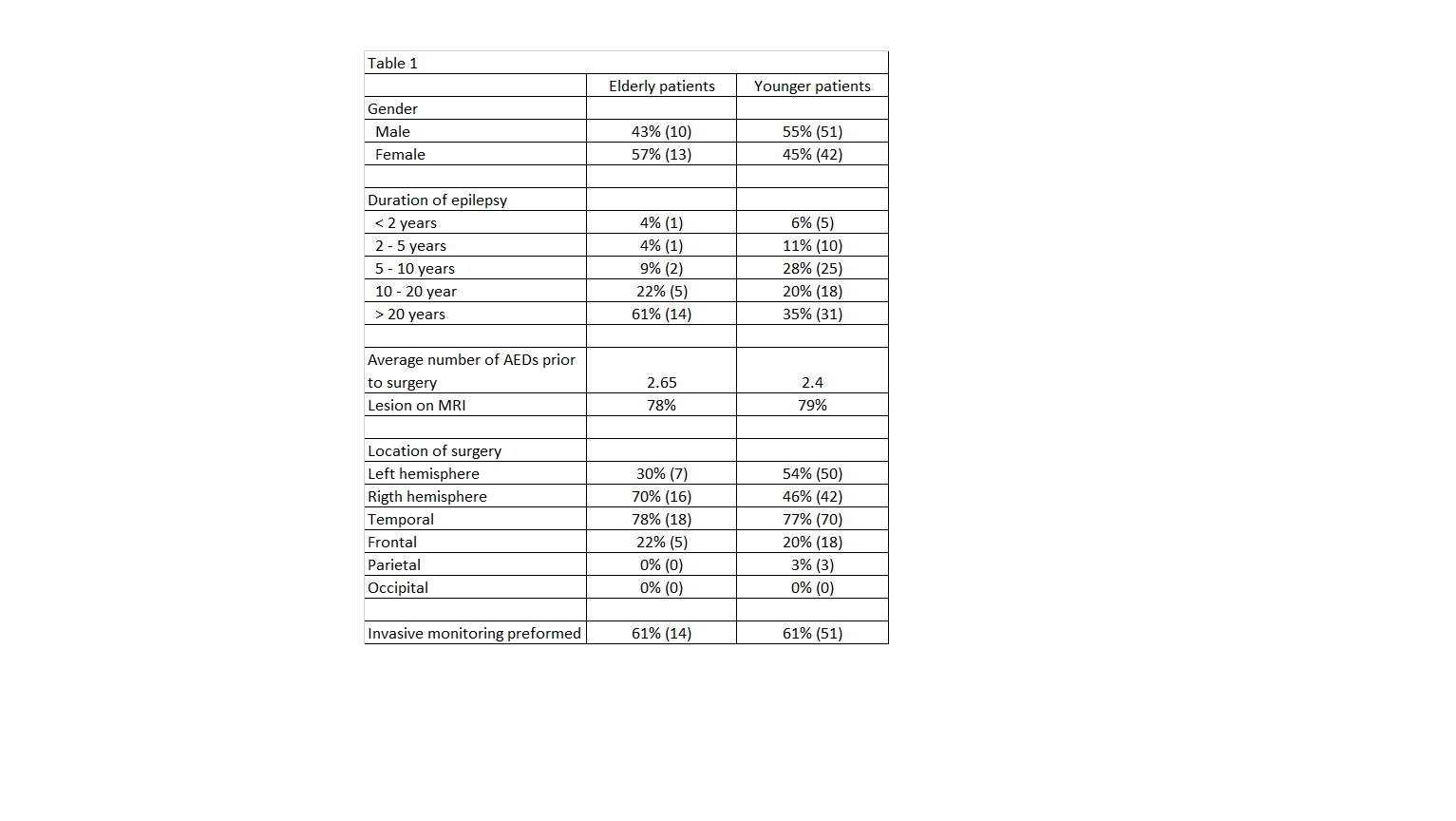 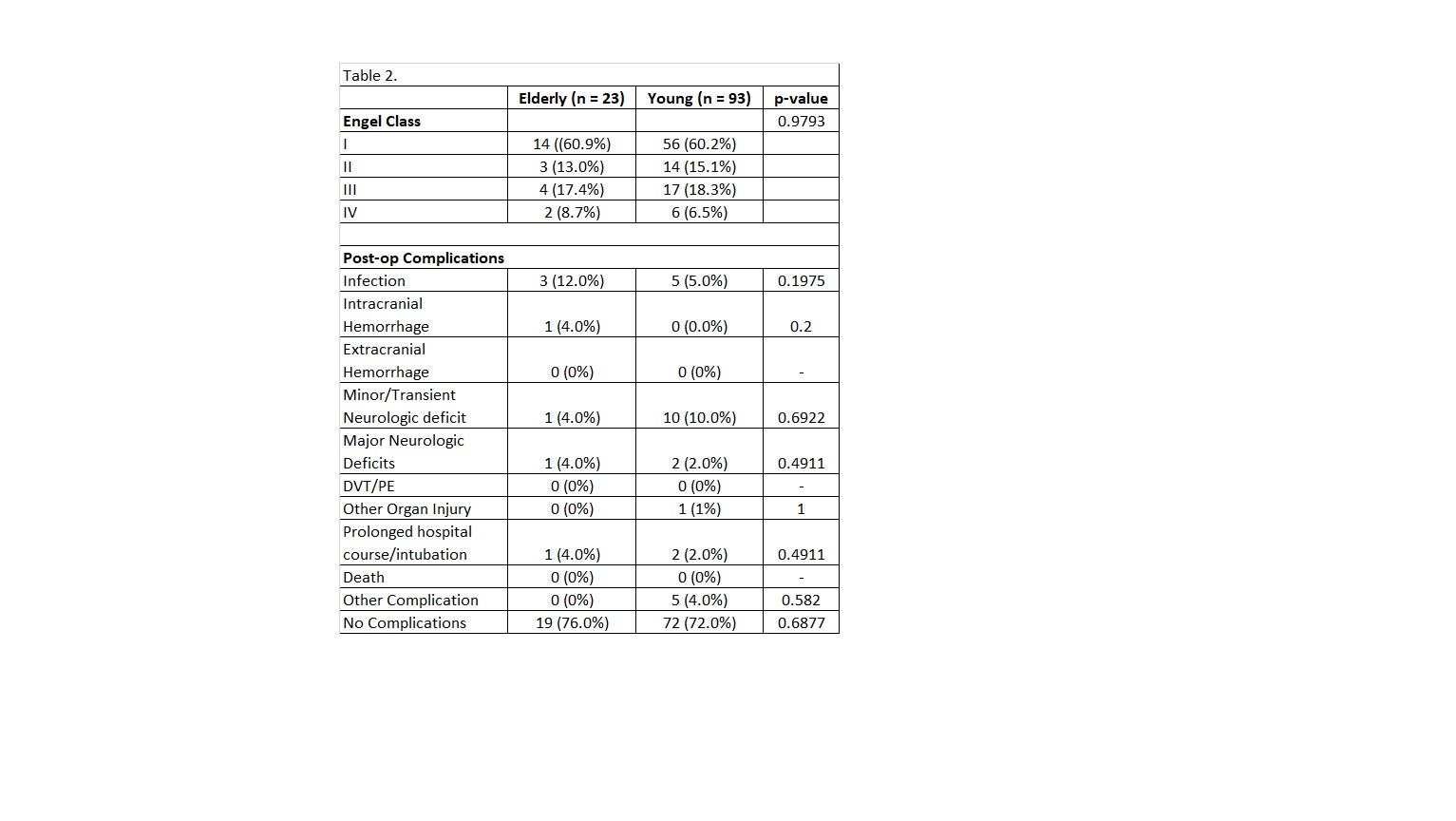