Rasmussen’s encephalitis (RE) can be considered an archetype of an unihemispheric pathology. To put this paradigm to the test, we systematically quantify Electroencephalography (EEG) characteristics of RE patients and relate them to disease onset, disease duration and patterns of cortical atrophy in MRI in the largest dataset of RE patients reported.

Seventy-two patients (41 females, 39 left focus) were retrospectively included. All available EEG data (573 datasets, >3000 total hours) were evaluated by an experienced rater according to a fixed scheme (cf. Kane et al., 2017). Interictal epileptiform patterns (sharp waves or spikes) and seizure onset were regarded as epileptiform activity. A sample of 100 datasets was re-evaluated by a second rater (κ=0.40). In 12 patients, EEG data were available before and after hemispherotomy. Patterns of cortical atrophy were evaluated in a subset of 52 patients (35 females, 29 left focus) with at least one isotropic T1-weighted MRI scan available. Spatial normalization and cortical reconstruction was performed using Freesurfer (https://surfer.nmr.mgh.harvard.edu). All images were reoriented leaving us with an ipsilesional and a contralesional hemisphere. Differences in cortical thickness between patients with contralesional epileptiform activity and patients who never presented with contralesional epileptiform activity were assessed using unpaired, two-sided t-tests. 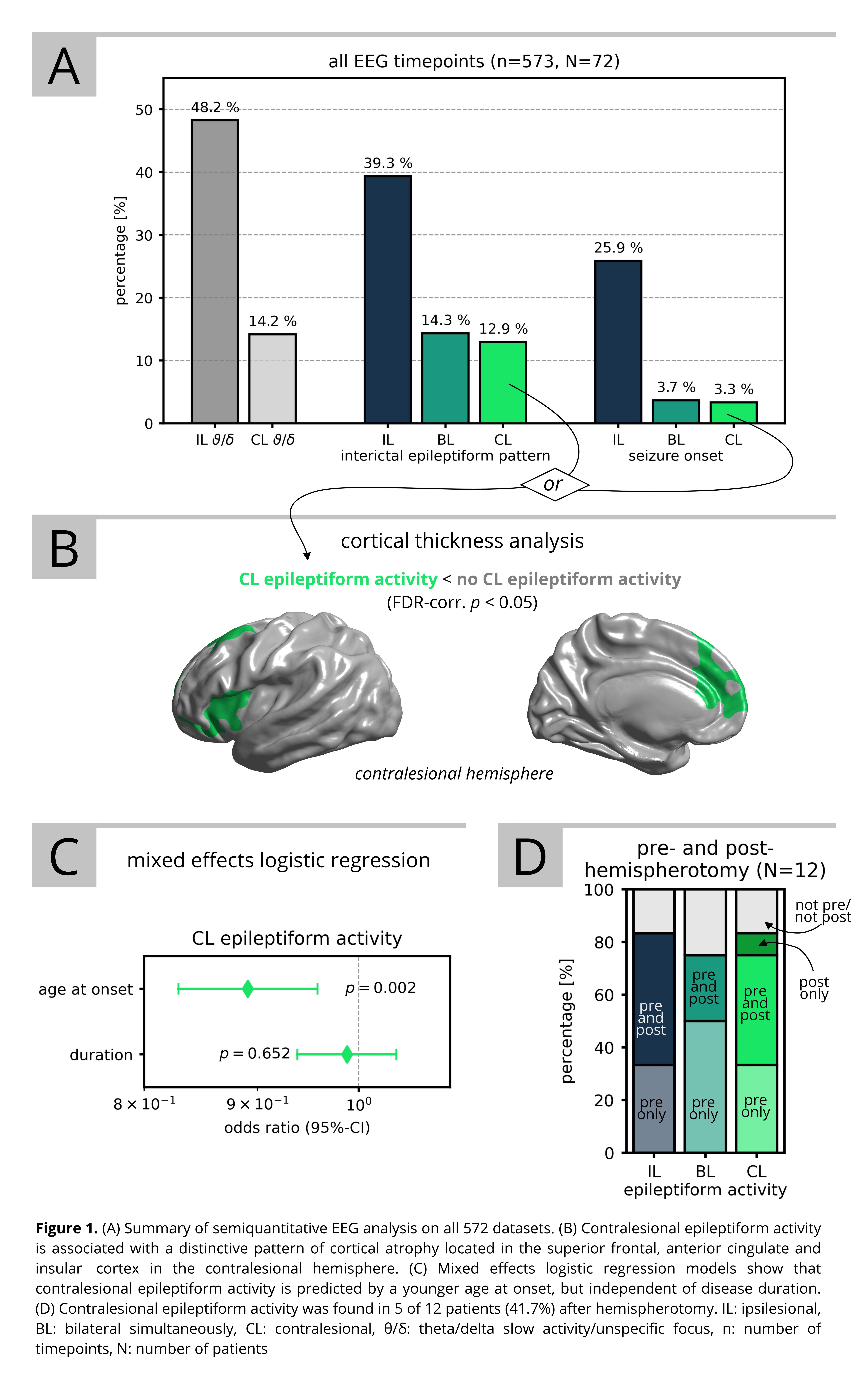