Methods: We used TRAP (Targeted Recombination in Active Populations) mice that utilize the promoter region of immediate early gene c-Fos to drive the expression of tamoxifen-dependent Cre-ER, so that cells activated by a seizure are labeled with tdTomato. To initiate frontal motor seizures, we implanted 1.7 mg of cobalt wire in the premotor cortex. We incorporated novel tools and techniques such as tissue clarification, viral tracing, light sheet, and super-resolution microscopy combined with local field potential recordings (LFPs) from multiple structures simultaneously to map the circuits of frontal lobe focal motor to bilateral tonic-clonic seizures (FMBSs).

Results: We demonstrate seizure passage through the basal ganglia during frontal lobe focal motor to bilateral tonic-clonic seizures on the mesoscale and cellular levels. We found that FMBSs spread from the seizure focus through the striatum to the globus pallidus externus, subthalamic nucleus, and substantia nigra reticulata via the indirect pathway, in addition to the thalamocortical projections. Seizures propagate via short and long latency loops, and activation of the basal ganglia modulates seizures. Around 80% of all activated neurons in the striatum during FMBSs expressed dopamine 2 receptors, and the D2 agonist infused into the striatum exerted an anticonvulsant effect. We simultaneously mapped the projections of the seizure focus and seizure circuit, and they overlapped. Thus, anatomical connections drive seizure spread.

Conclusions: Overall, our studies, for the first time, define the functional anatomy of FMBSs as a richly complex circuit subject to modulation by the basal ganglia.

Funding: Please list any funding that was received in support of this abstract.: This work was supported by the National Institute of Health (RO1 NS040337, RO1 NS044370 to J.K.) and the UVA Brain Institute. 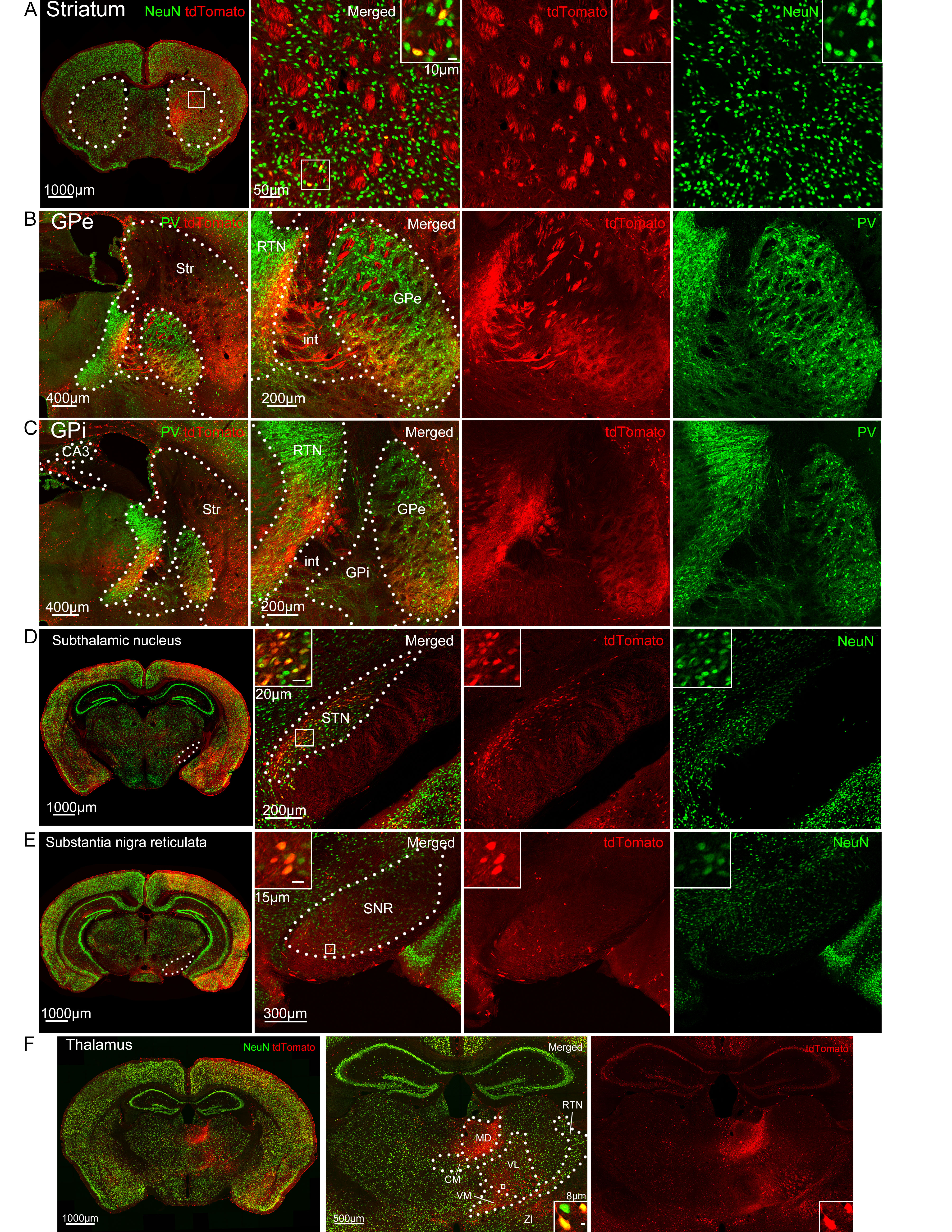 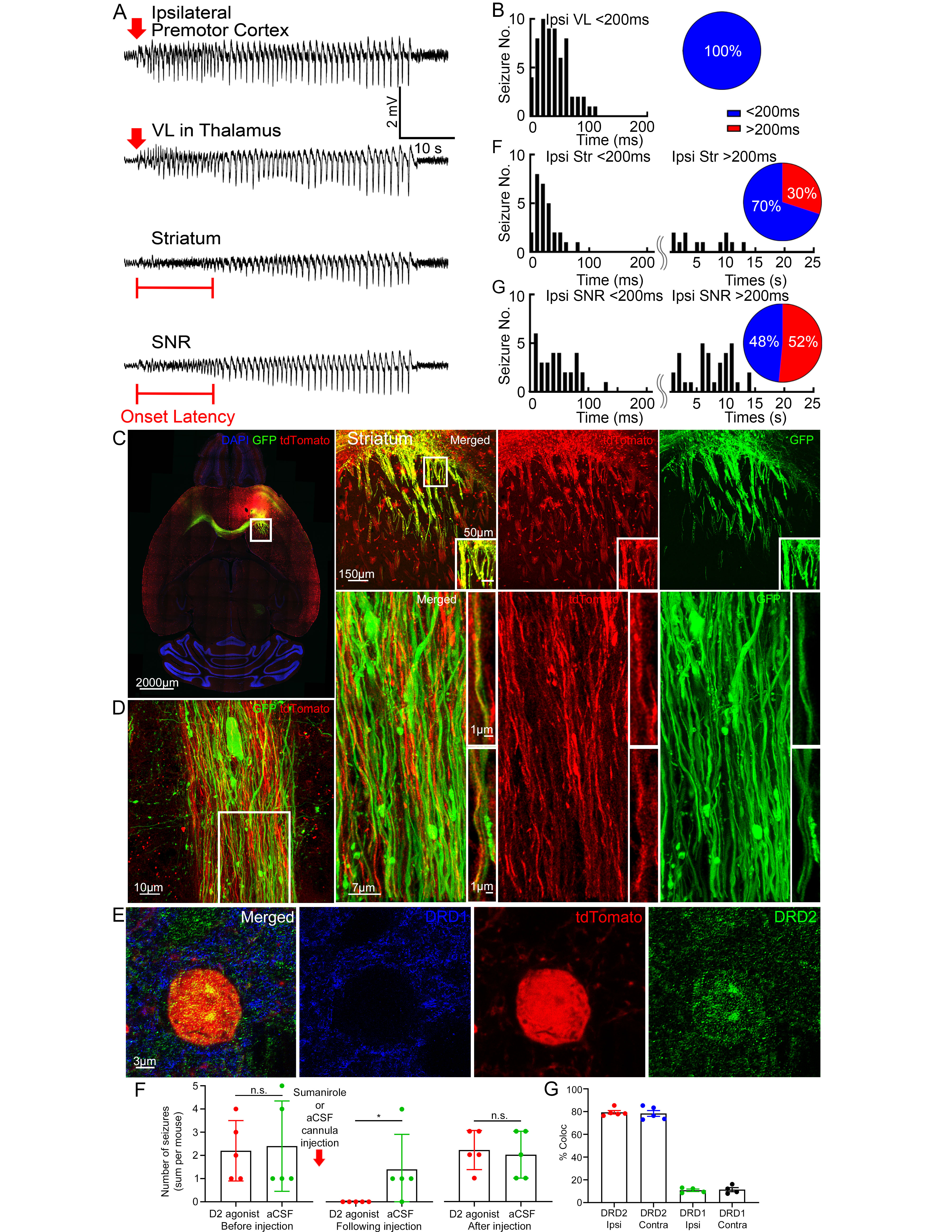