Rationale: Epilepsy is increasingly recognized as a disorder of structural brain networks. Diffusion MRI tractography is a non-invasive technique to model macroscopic structural brain networks, which are commonly assessed by graph theoretical techniques for an analysis of topological properties. In healthy individuals, differences in the regional definition has been shown to influence such topological properties [1]. In this assessment, we evaluated the effect of cortical parcellation schemes and the inclusion/exclusion of subcortical areas on structural network properties derived from graph theoretical analyses in healthy individuals and patients with drug-resistant epilepsy. Moreover, we assessed how case-control differences when comparing epileptic patients to controls are impacted by different parcellation resolutions.

Funding: Please list any funding that was received in support of this abstract.: FRQS-291486 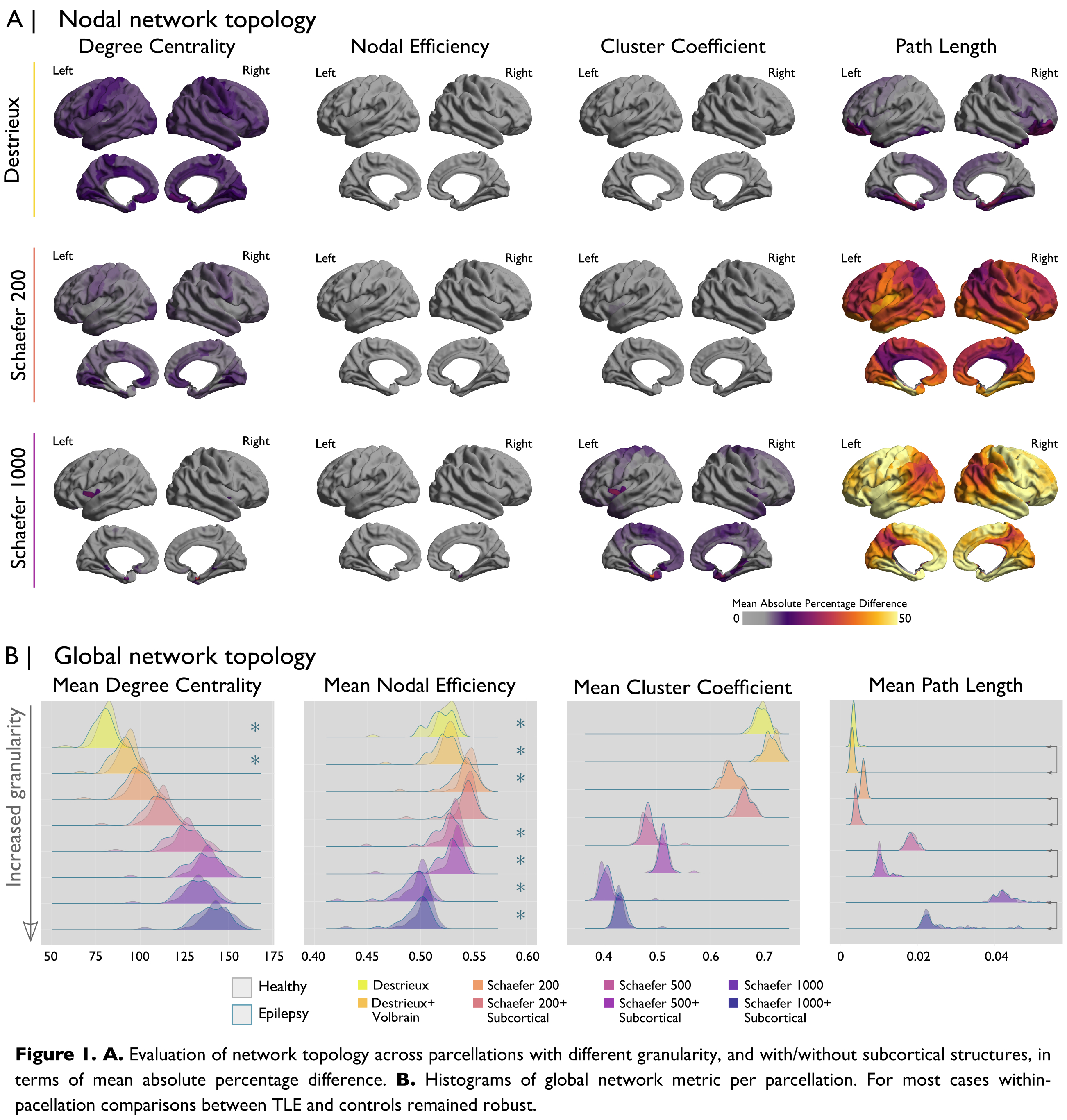 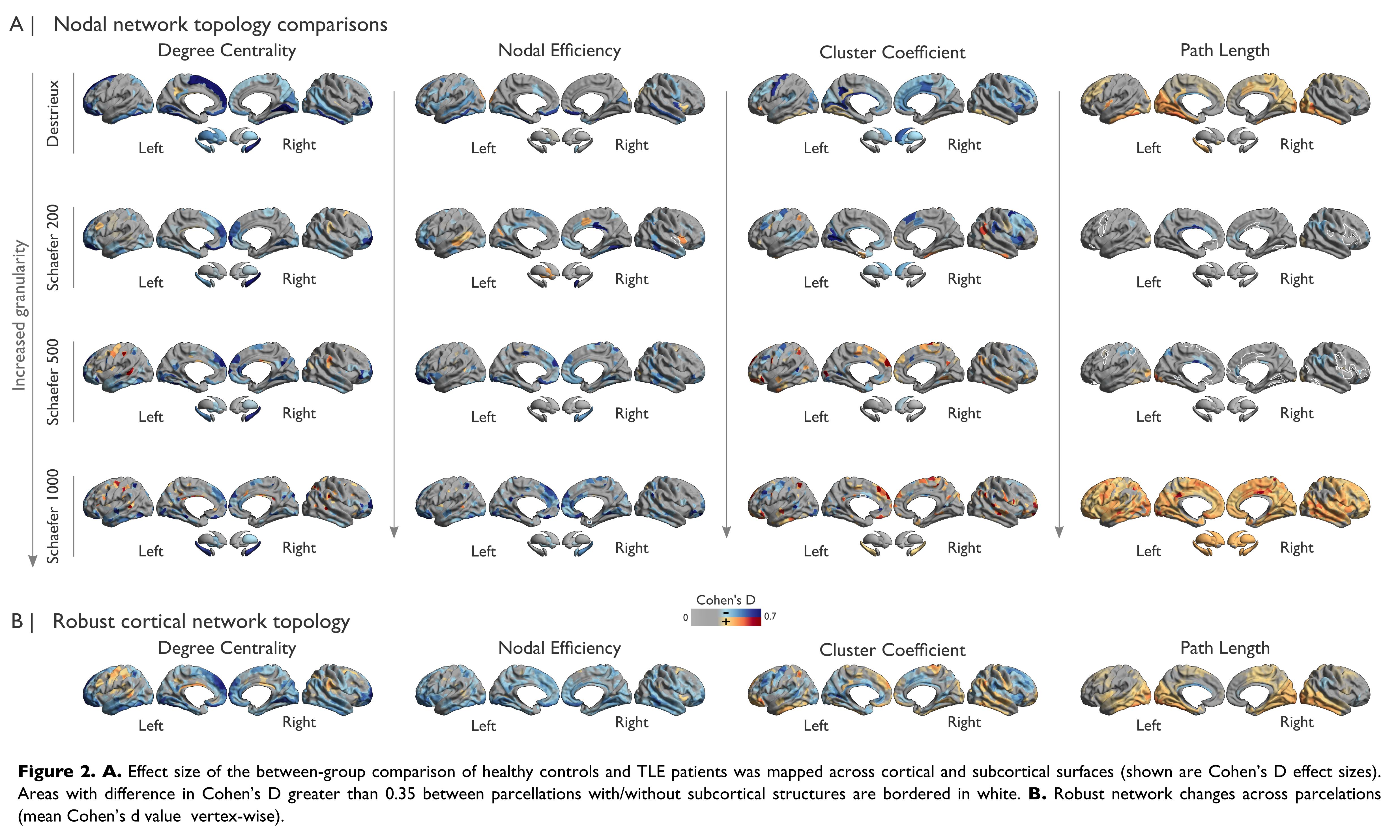