Rationale: Current epilepsy surgery planning protocol determines the seizure onset zone (SOZ) through monitoring of ictal events. Recently we have reported that Granger Causality (GC) maps produced from analysis of interictal iEEG recordings have potential in revealing SOZ location (Neurosurgery 2018; 82(1): 99-109). In this study, we investigate network connectivity patterns found in GC maps to determine a possible clinical correlation with patients’ SOZ and resection zone (RZ). While building an algorithm-informed understanding of interictal network topography and its relationship to the SOZ, we identify novel algorithmic tools with future potential for applications in epilepsy surgery planning. Such tools can be classified as graph algorithms, where tokens are passed in simulation from node to node of a patient’s brain as dictated by properties of a GC map, allowing for identification of key nodes in the epileptic network. An example network is offered in figure 1, where key nodes are shown in yellow and significant GC map edges are shown in blue.

Results: Comparisons of results from the graph algorithm variants tested reveal network connectivity patterns in epilepsy patient brains that are discussed in the conclusions. In terms of the predictive capabilities of tested algorithms, the Monte Carlo sampling algorithm, which keeps track of a token’s visitation interval as it traverses from node to node, achieves statistically significant RZ rank order sums for 16 out of 25 patients, representing an improvement of 3 patients from previous GC methods utilized on the same dataset. The PageRank algorithm, inspired by similarities between epileptic and webpage networks, avoids errors incurred from stochasticity but does not improve on predictive accuracy from previous GC methods. Finally, indegree and outdegree centrality algorithms combine consistency of results with an improvement on the number of patients exhibiting statistically significant rank order sums.

Conclusions: Beyond improving the predictive capability of GC-based algorithms for SOZ and RZ prediction, this study offers insights on interictal brain connectivity patterns of patients as they relate to an epileptic network, utilizing data on edge weights and quantity of edges contained in GC maps, data which were previously discarded. When investigating the effect of GC map edge direction on algorithm performance, it is revealed that the brain region triggering abnormal interictal neural activity correlates to the RZ better than the brain regions exhibiting that triggered neural activity itself. Furthermore, analysis of results from graph algorithm variants reveals that abnormal interictal activity, representing the basis of the predicted epileptic network, is frequently highly localized within a brain region. This study opens the door to continued algorithmic exploration of iEEG datasets for previously inaccessible insights about the relationship between interictal GC map topography and epileptic brain networks.

Funding: Please list any funding that was received in support of this abstract.: This work is funded by grants from the Harvard College Research Program and Harvard University’s Mind, Brain, and Behavior initiative. 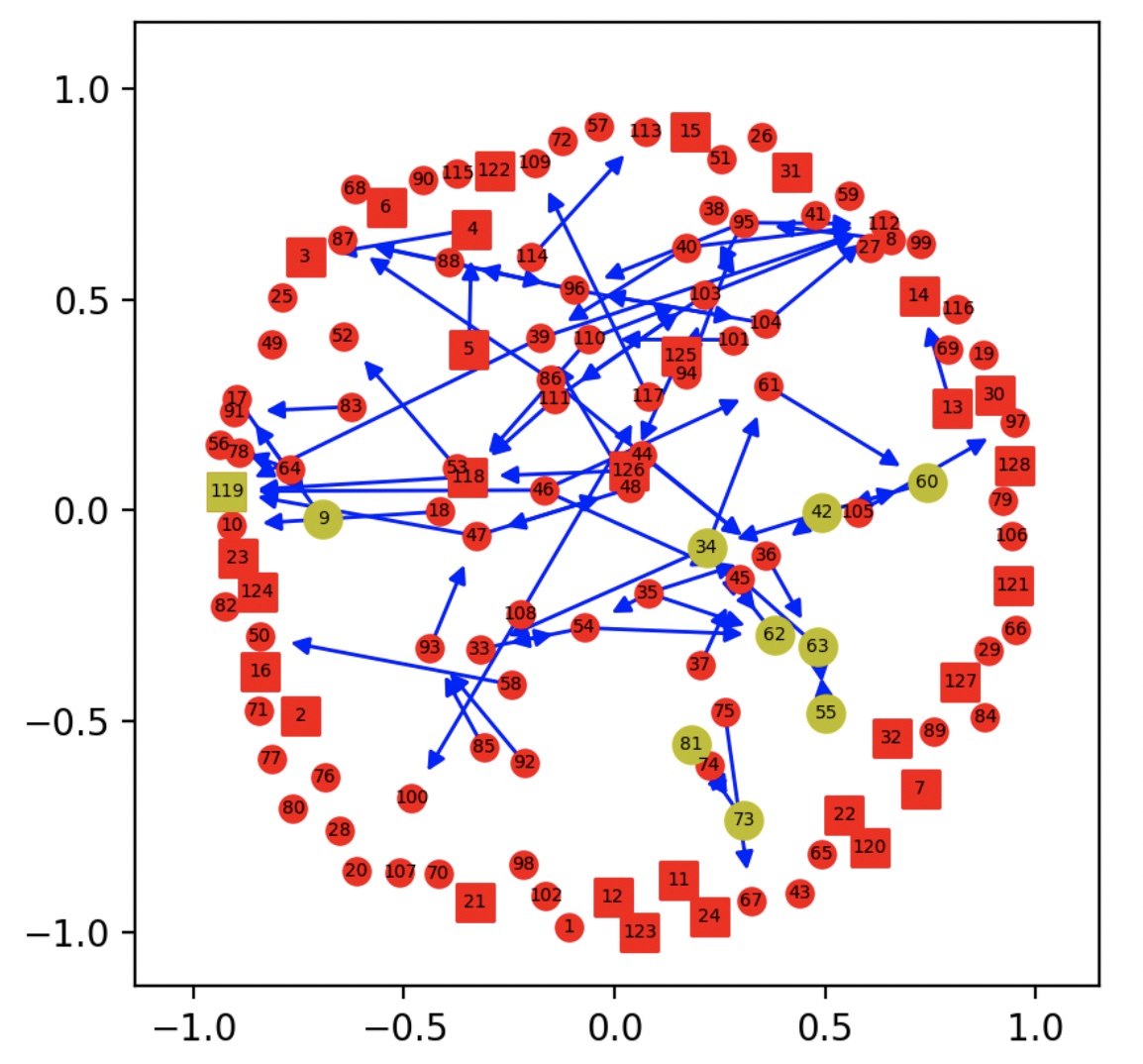 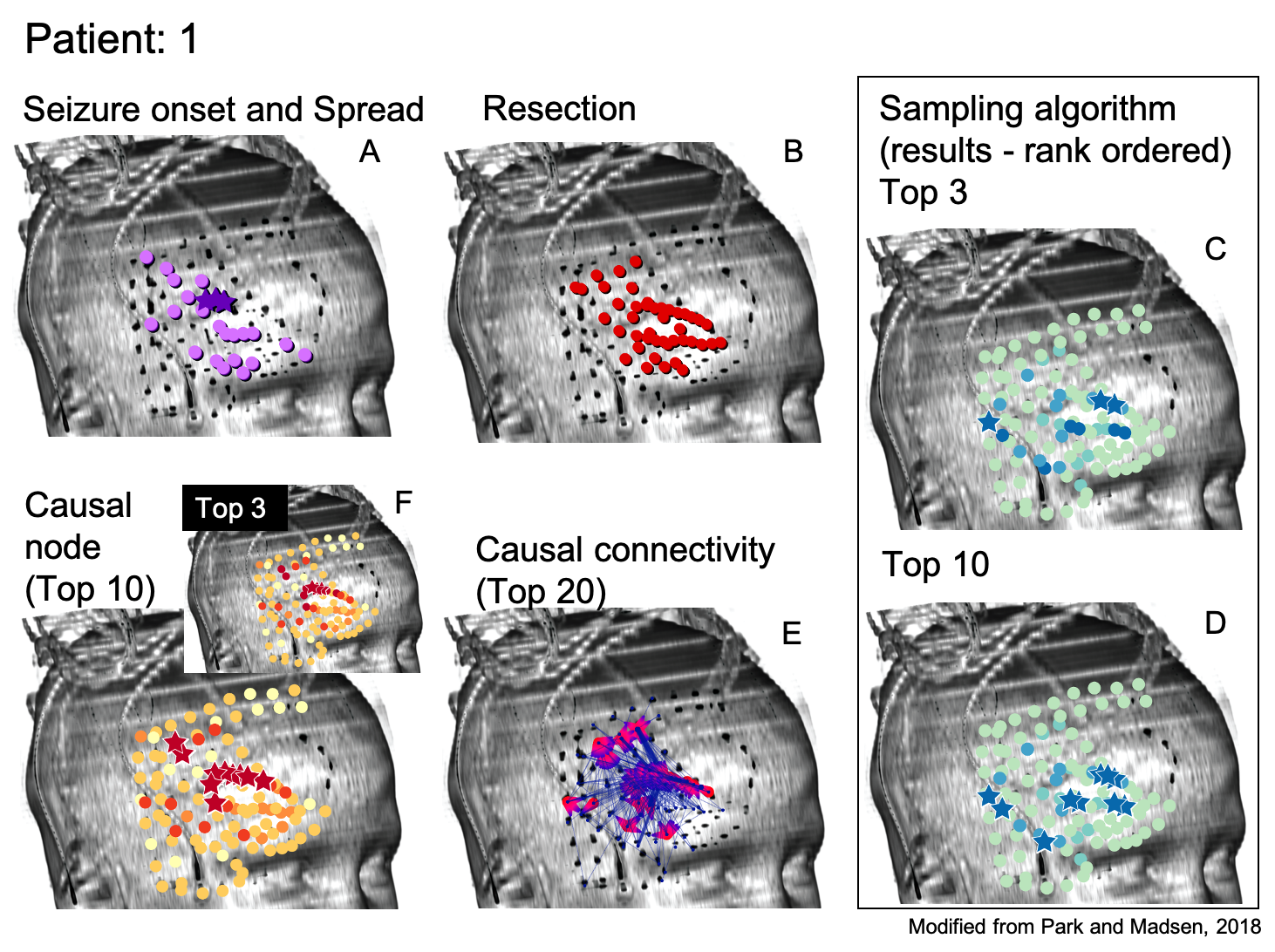