(798) Laser Ablation after MRI/PET Coregistration: Bypassing of Invasive Evaluations for Some

Rationale: Successful surgical outcome depends on the correct delineation of the epileptogenic zone (EZ), using a combination of clinical, electroencephalographic, and neuroimaging data. When MRI fails to detect a potentially epileptogenic lesion, chances of a good surgical outcome are decreased.Though widely used in epilepsy surgery evaluation, FDG-PET scan often shows a wider distribution of cerebral hypometabolism than the epileptogenic zone (EZ).  This lack of specificity makes decisions on the surgical resection margins suboptimal. Traditionally, in cases with non-lesional or poorly defined lesions on MRI, invasive intracranial evaluation is the final determinant of the EZ.To further localize the EZ, there is increasing interest in developing noninvasive structural and functional neuroimaging techniques with increased sensitivity and specificity. Coregistration of functional neuroimaging techniques such as FDG-PET with MRI combines different yet complementary approaches and may contribute to more precise localization of the potential EZ.

Results: Examples of FDG-PET/MRI coregistration are below. No definitive lesions were detected on 3T MRI.Figure 1 and 2: Focal hypometabolism in the left parietal operculum and frontal gyrus respectively.Three patients underwent SEEG evaluation and one had subdural grid with depth electrode implantation.The potential location of the EZ determined by neuroimaging was compared with the seizure onset zone determined by long-term video-EEG monitoring and invasive EEG studies.After analysis of all data, the EZ determined by invasive evaluation showed high concordance to the corresponding hypometabolic gyrus/gyri on the PET coregistration. Recommended surgical treatment had the same margins as defined by the hypometabolic boundaries on the PET coregistration.
Pathology showed FCD IIA in all cases.

Conclusions: Regional cerebral hypometabolism is identified with 18F-FDG PET, often with a wider over-estimation of the EZ. However, coregistration of PET/MRI with simultaneous review of both structural and functional data enhances detection of EZ in some patients.

If the coregistration shows hypometabolism limited to one or adjacent gyri, this non-invasive evaluation appears highly concordant with EZ. In our cohort, this was confirmed with invasive evaluations and pathology FCDII dysplasia.While there are anecdotal reports in the literature describing such patients, a prospective multi-center expe
rience is warranted to corroborate our observations. In this cohort, additional testing and invasive evaluations may be avoided, proceeding directly to ablation/resection. 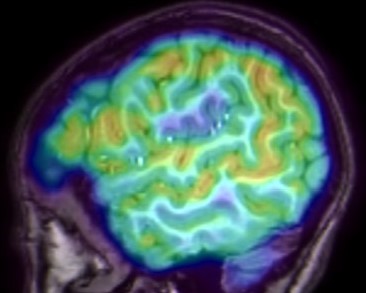 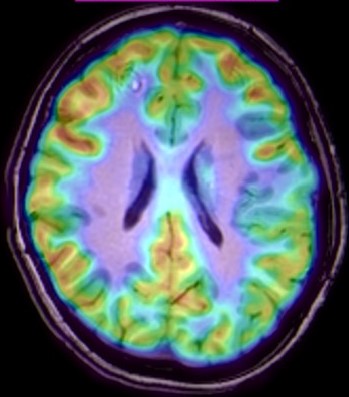