Rationale: TMS is an excellent non-invasive tool for pre-surgical localization of motor cortex. We demonstrate the additional usefulness of TMS in demonstrating motor reorganization and furthering our understanding of seizure semiology in two children with refractory focal epilepsy.

Results: Case 1: On MRI, evidence of right functional hemispherectomy was noted along with left parietal lobe encephalomalacia. Tractography confirmed complete disconnection of the right hemisphere. Video EEG showed frequent polyspikes and spikes in a wide field over the left hemisphere and in limited distribution maximal at P3 to O1. MEG  localized interictal spikes to the left superior parietal region. TMS localized the right hand motor cortex in the precentral gyrus in the left hemisphere. Additionally, motor evoked potentials were elicited in the left forearm by stimulating along the postcentral gyrus of the left hemisphere (Figure 1). Stimulation of right hemisphere did not elicit any motor response. Case 2: On MRI the prior resection was noted anterior to the motor cortex along the middle frontal lobe, including the operculum. Video EEG revealed similar clinical semiology as before surgery, that included left hand and face. MEG localized interictal spikes to the superior frontal lobe along the resection margins. TMS motor mapping of the left hemisphere shows a 1cm separation between face and hand representations. However, in the right hemisphere, there was considerable overlap between hand and face, with face representation overlapping with the canonical ‘hand-knob’ (Figure 2).

Conclusions: In case one, the apparent right hemisphere involvement indicated by the seizure semiology was clarified by the TMS finding of atypical representation of left upper extremity in the left parietal lobe. This motor representation was in close proximity to the area of encephalomalacia and the seizure focus in the left hemisphere. These findings aided in the decision that surgery on the right side would not benefit her seizures, and resection of the left hemisphere lesion would significantly impair her motor function. In case 2, the post-surgical preservation of facial semiology despite resection of face motor region, precipitated the suggestion of insular involvement. However, TMS revealed the reorganization of face motor representation and a potential mechanism for the continued face involvement during seizures. In conclusion, beyond being effective in presurgical localization of motor cortex, TMS motor mapping is also useful in identifying motor reorganization and providing neurophysiological evidence for misleading or unusual seizure semiology.

Funding: Please list any funding that was received in support of this abstract.: N/A 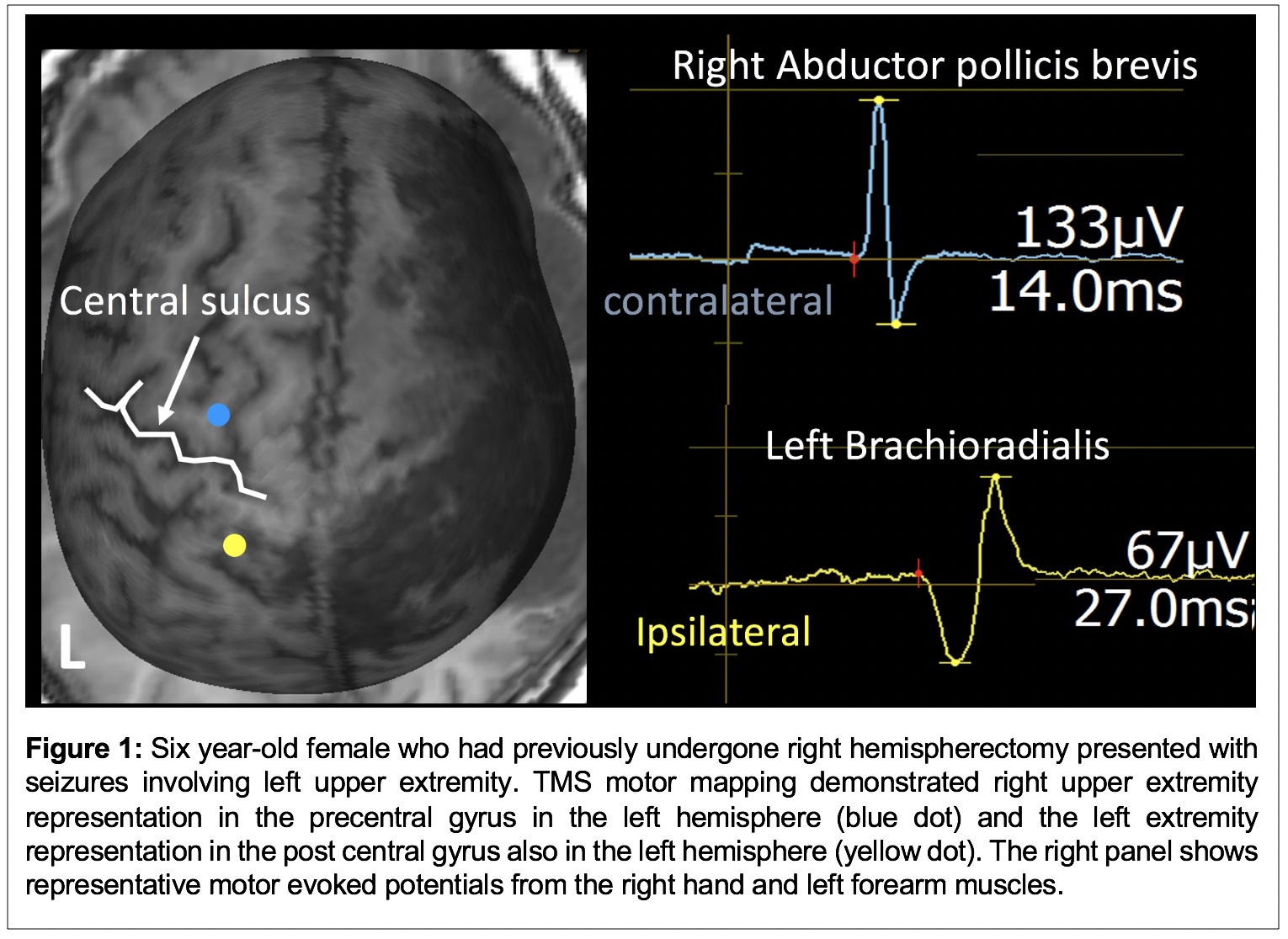 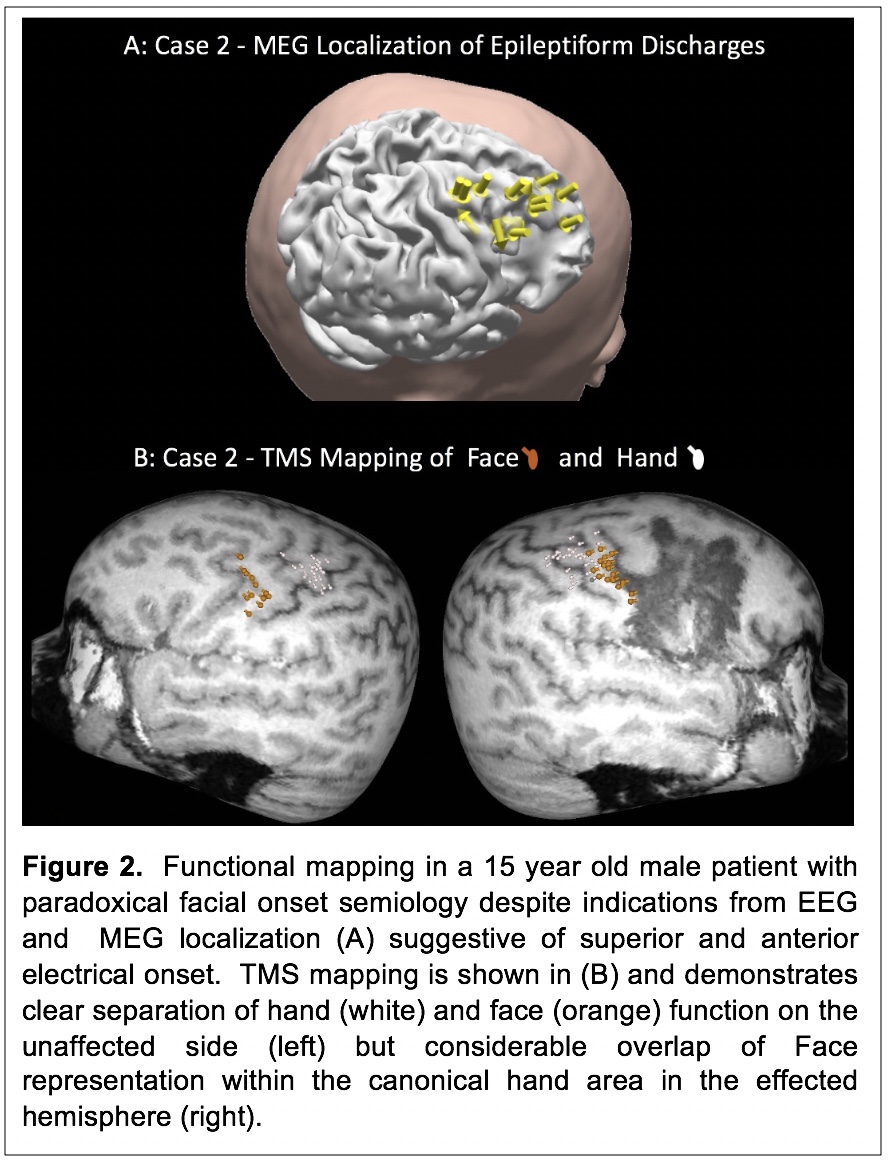