Rationale: Sporadic Creutzfeldt-Jakob disease (sCJD) is a progressive, fatal neurodegenerative disease characterized by rapidly progressive dementia, cerebellar ataxia, diffuse myoclonus, and a variety of visual and other neurological abnormalities. Electroencephalography (EEG) is one of the clinical criteria, mainly because of sharp bi- or tri-phasic complex lasting from 100 to 500 milliseconds (ms) and repeated at intervals of 500–2000 ms, known as "periodic sharp wave complexes" (PSWCs) reported in about two-thirds of patients with sCJD.

Case 3: 66-year-old female who was admitted for worsening of gait ataxia, urinary incontinence, cognitive dysfunction, and tremor for 11 months. MRI brain done seven months ago showed no acute abnormality. The patient lost 20 pounds in the three months from decreased appetite and not being as active as before. Repeat MRI brain showed restricted diffusion of bilateral basal ganglia and cortical ribboning. CSF labs, including paraneoplastic and autoimmune panel, were negative, but 14-3-3 protein for CJD was positive.

Case 3: EEG showed no interictal epileptiform abnormalities or seizures. No focal slowing or generalized periodic discharges were seen. The patient was started on Olanzapine 5 mg daily at bedtime for agitation. The patient's family decided to discharge him to hospice  due to poor prognosis.

Conclusions: The variations of EEG are evident in all three patients mentioned in this case series ranging from GPED’s with a triphasic morphology, low voltage bifrontal sharp waves to almost no changes at all. The MRI brain changes with cortical ribboning and 14-3-3 protein for CJD was positive in all of the patients of this case series. 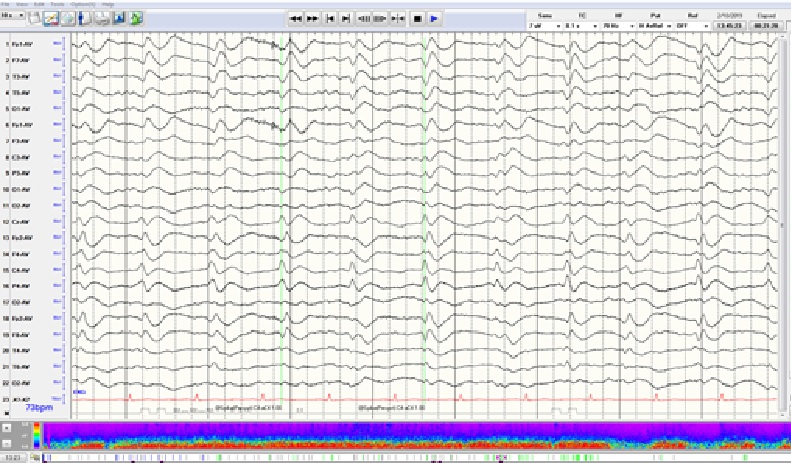 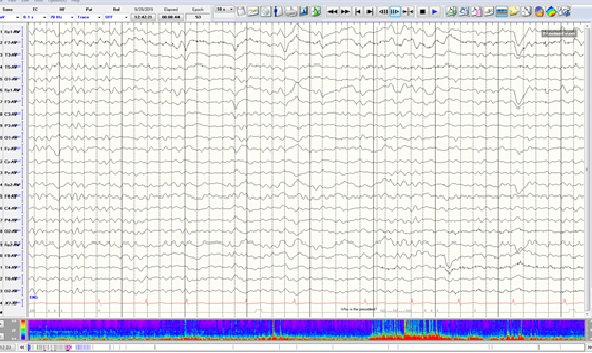