Rationale: Circadian and multiday seizure periodicities have long been described in patients with epilepsy, using a range of recording modalities that can be unreliable (i.e., patient diaries) or invasive (i.e., intracranial EEG). This study aimed to assess the capability of a minimally invasive subcutaneous EEG (sqEEG) system to detect and characterize seizure cycles at multiple time scales.

Methods: In a previously published three-month prospective trial, a beta-version of the 24/7 EEG SubQ (UNEEG medical A/S, Denmark) was implanted subcutaneously in nine participants with temporal lobe epilepsy.1 All EEG data were reviewed visually to identify the time of onset of electrographic seizures. A subset of five patients with more than ten seizures were analyzed for seizure periodicities over multiple time periods (from six hours to 48 hours at six-hour intervals, from three days to 20% of recording duration at one-day intervals). Circular histograms of seizure locations with respect to the phase of each cycle were visually inspected, and the synchronization index (SI, the sum of unit vectors with angle representing each seizure in the cycle) was calculated. Statistical significance was determined by the Rayleigh test for non-uniformity, after multiple comparisons correction by the Benjamini-Hochberg false discovery rate (FDR) procedure.2 Significance was assessed at p< 0.05.

Results: Mean recording duration was 78.8 days (range of 69 to 90 days). Two patients had significant seizure cycles, the strongest (i.e., with highest SI values) being at 12h and nine days for one patient (polar histograms in Figure 1) and 24 hours and 12 days for the second. These patients had the highest number of recorded seizures (232 and 46, respectively). The three remaining patients had a trend towards significant cycles, the strongest at 24 hours (n=2) and 8 days (n=1). These were visible on the circular histograms but did not survive FDR correction.Patient diary information (reporting only the number of seizures per calendar date) alone identified only one significant circaseptan (seven-day) cycle, unrelated to the patient’s sqEEG cycles.

Funding: Please list any funding that was received in support of this abstract.: Epilepsy Foundation of America's Epilepsy Innovation Institute My Seizure Gauge Project. 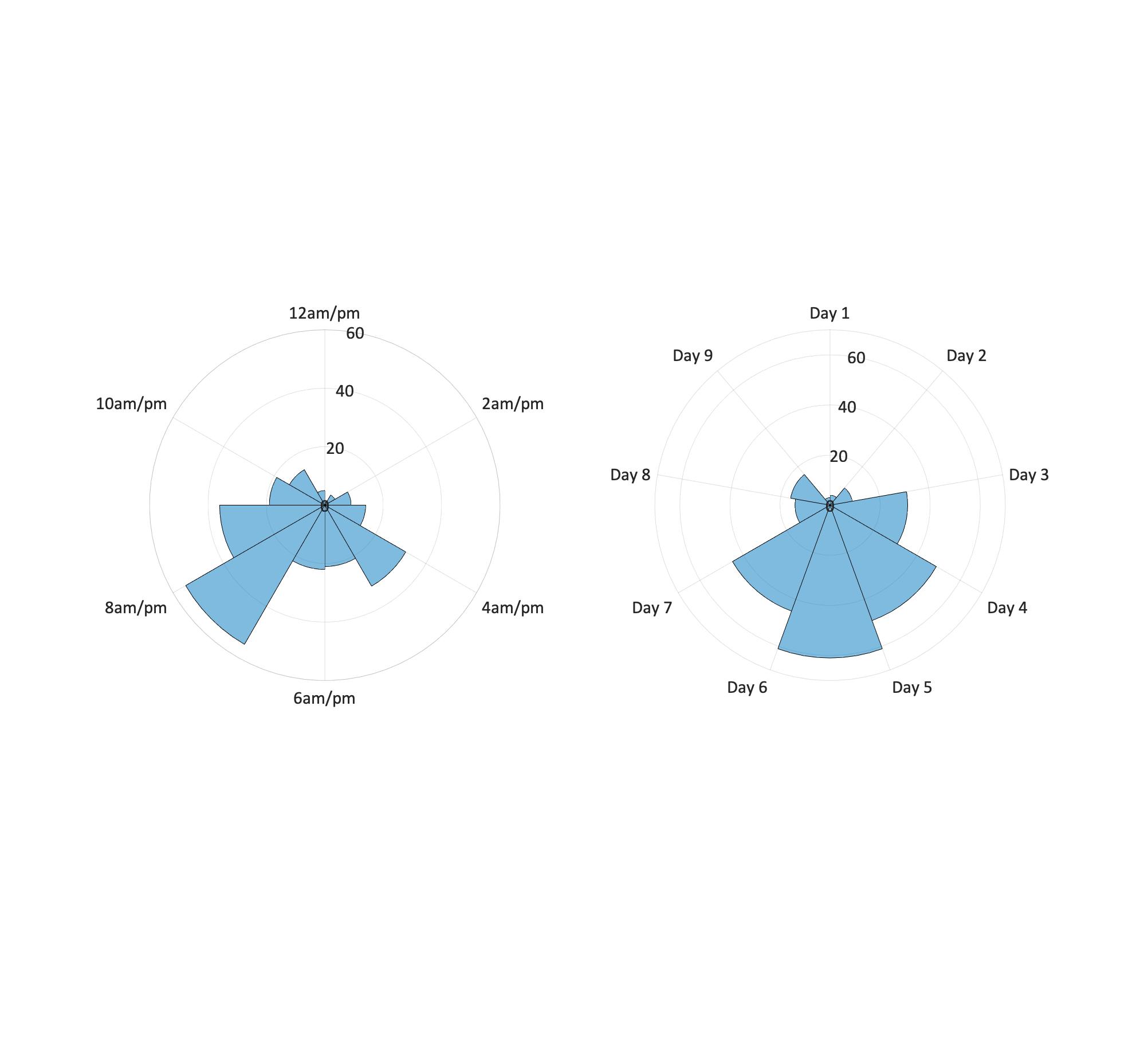