(531) The Effect of Neuroactive Steroids on Seizure Control during Pregnancy

Rationale: For many women with epilepsy worldwide, seizures are affected by neuroactive steroids (NAS), which are sex hormones and their neurosteroid metabolites. Allopregnanolone (ALLO), a progesterone (PROG) metabolite, has the richest evidence for an anticonvulsant role, while 17β-estradiol (EST) is mostly proconvulsant. It was previously shown that circulating NAS concentrations dramatically increase during pregnancy, far above the non-pregnant state; yet not all pregnant WWE (PWWE) experience the same seizure control. With the hypothesis that seizures are likely affected by circulating neuroactive steroids (NAS) during pregnancy, we aimed to determine whether PROG, ALLO and EST levels correlate with seizure control during pregnancy.

Methods: Women with epilepsy were enrolled preconception or early in pregnancy from the Emory Epilepsy Program (Atlanta, GA). Detailed information was collected about their seizure types and frequency, including baseline frequency over the past year. They were prospectively followed throughout pregnancy and the first postpartum year with daily diaries of seizures, AED doses, and adherence. Study visits with blood sampling occurred every one to three months. A subset of plasma samples was assayed through a GC–MS method, which was developed to simultaneously measure nine NAS, including ALLO, estradiol, progesterone (Pennell KD et al, Steroids 95, 24–31 (2015)). The Wilcoxon rank sum test was used to compare NAS levels by trimester and seizure frequency. The Bonferroni-Holm method was used to correct for multiple comparisons.

Conclusions: In this prospective study from a single epilepsy, the findings suggest that higher ALLO concentrations help maintain a stable seizure frequency during the third trimester of pregnancy. Higher EST concentrations may play contribute to an increase in seizure frequency during the second trimester. Validation of these finding in a larger cohort is necessary. 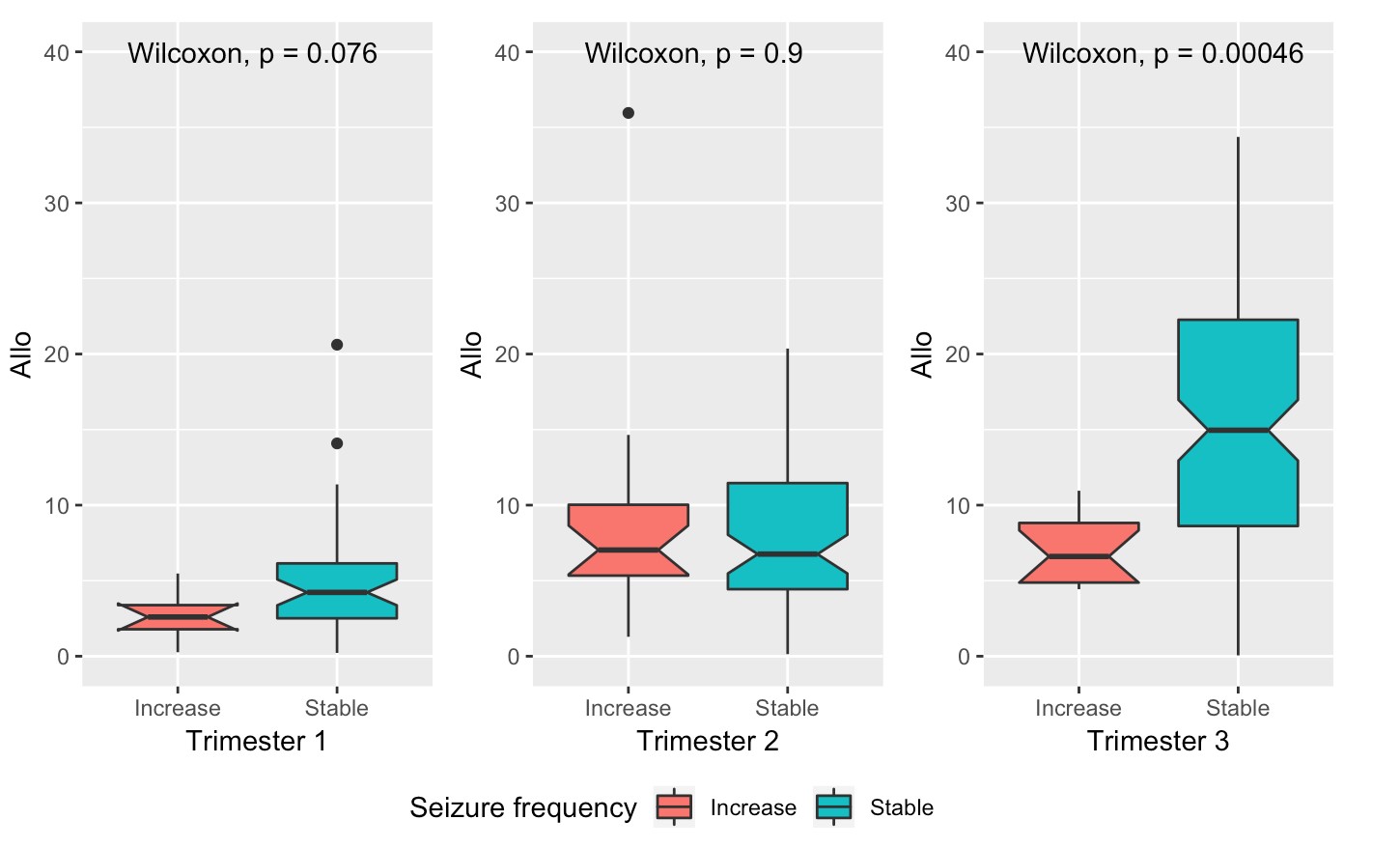 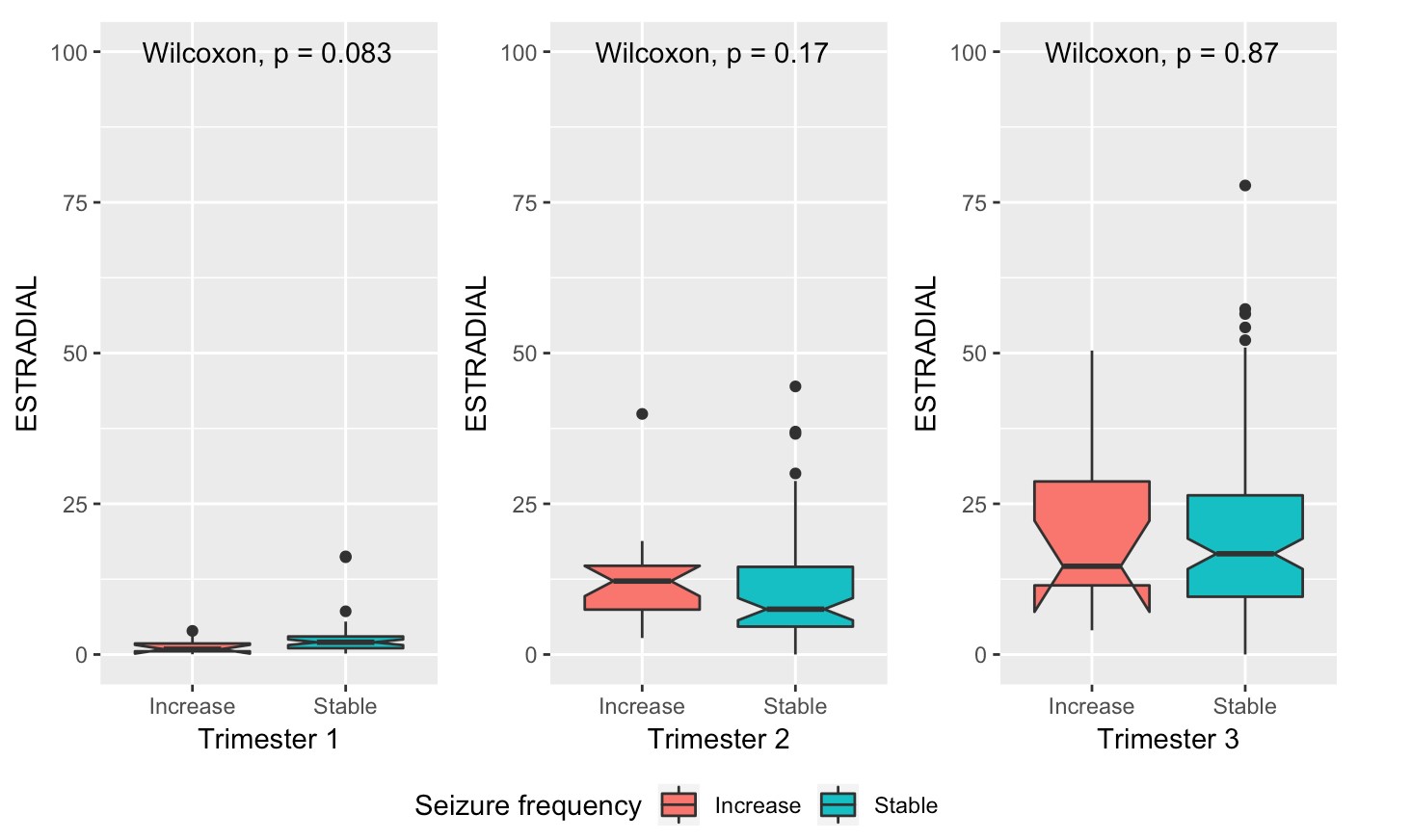