Rationale: Several lines of evidence have suggested that exposure to enzyme-inducing antiseizure medications (ASMs) may result in the subsequent development of hyperlipidemia, a well-known risk factor for vascular disease. This may be an issue of concern, particularly in the context of additional comorbid vascular risk factors. We, therefore, aimed to investigate trends of and associations with the use of these medications among adults with epilepsy (AWE).

Methods: The cross-sectional Medical Expenditure Panel Survey (MEPS) was interrogated to ascertain the prevalence of use of enzyme-inducing ASMs by noninstitutionalized AWE in the United States between the years 2004 and 2015. Any patient prescribed carbamazepine, phenytoin, phenobarbital, or primidone within a given year was defined as having been prescribed an enzyme-inducing ASM. Temporal trends over three-year epochs were evaluated with univariate logistic regression, while associations with demographic factors, vascular risk factors and vascular disease, were evaluated using a chi-square test corrected for survey design.

Conclusions: A substantial proportion of AWE with comorbid vascular disease or vascular risk factors (e.g., hypertension and older age) are prescribed enzyme-inducing ASMs. This could potentially increase patients’ risk for subsequent negative outcomes such as cardiovascular or cerebrovascular disease. Though utilization of these medications has decreased, further efforts towards increasing use of newer ASMs that are not associated with similar risks may be warranted. 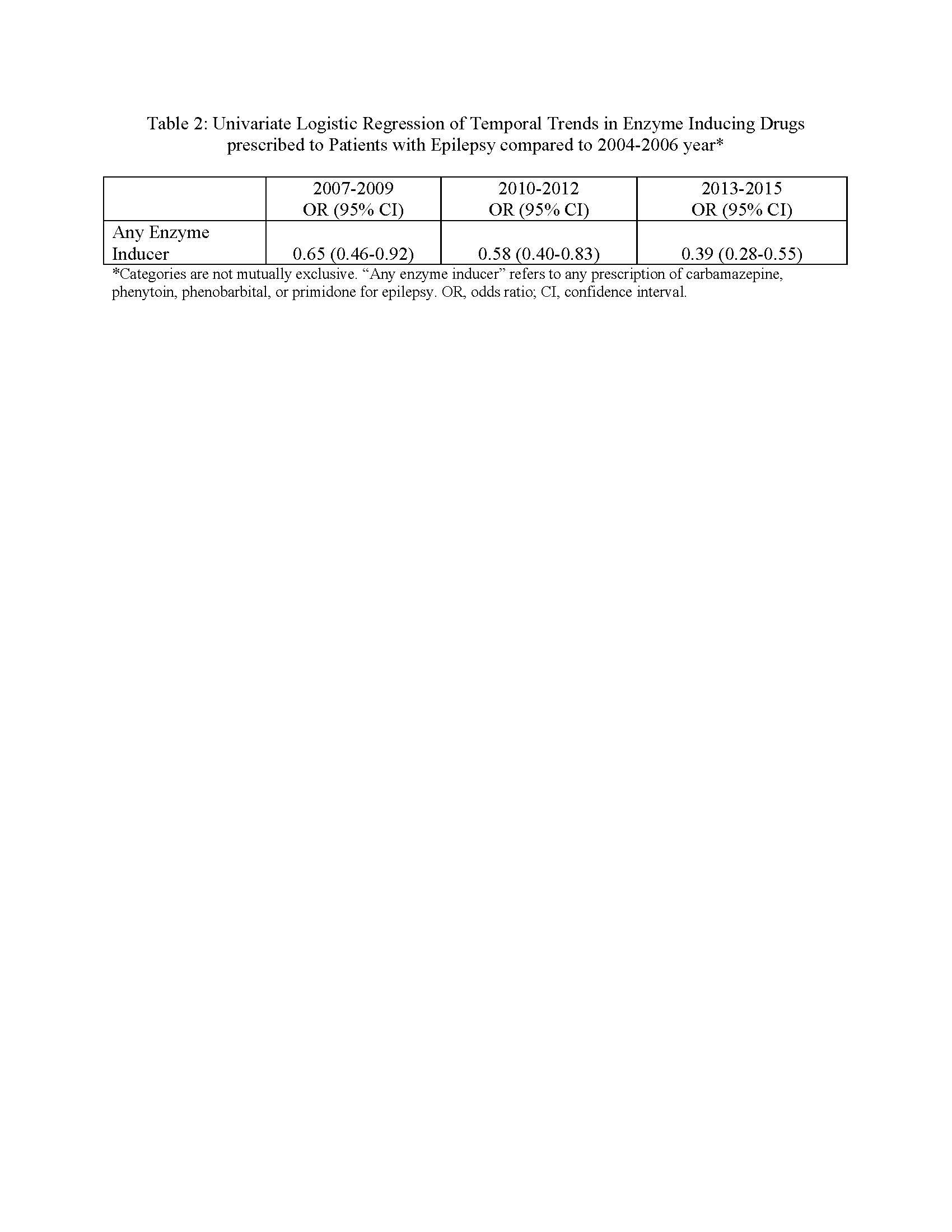 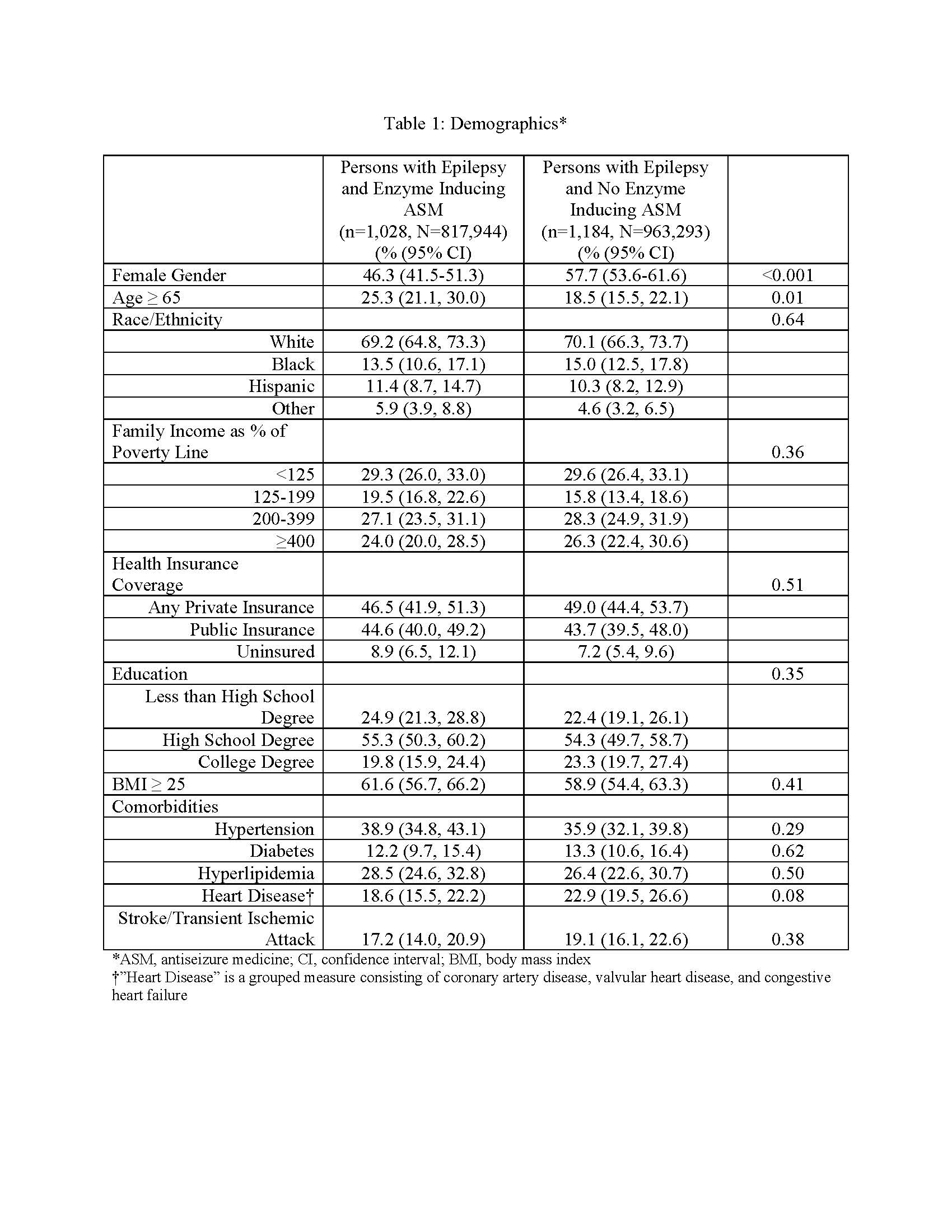