Rationale: Epidiolex®, the first commercial molecular form of cannabidiol (CBD), was approved by the Food and Drug Administration (FDA) in 2018 for the treatment of Lennox-Gastaut syndrome (LGS) and Dravet syndrome (DS) in patients older than two years of age. It has shown promising results as an adjuvant treatment for drug-resistant epilepsy [Drugs. 2019;79(13):1435-1454]. Other indirect benefits of CBD have also been studied, especially in the neuro-psychiatric realm. [Front Pharmacol. 2020 Feb 25;11:63]. Some issues regarding prescription of this medication may also be present.

Methods: The project's main objectives were to identify the demographic characteristics and comorbid psychiatric conditions and define benefits and adverse effects of MUSC Epilepsy Clinic patients taking Epidiolex®, while also illustrating the challenges and simplicity of drug prescription and retrieval process. In order to fulfill these objectives, data was obtained through chart review of 96 epilepsy patients treated with Epidiolex® at our center during the last year and a quality improvement survey was also performed with 47 of those patients.

Results: Table 1 illustrates the demographic, diagnostic, and therapeutic characterization of the patients prior to Epidiolex® prescription. The two most common types of seizures described were bilateral tonic-clonic (49%) and focal with impaired awareness (47.9%). Prior to Epidiolex® 55.2% had multiple daily seizures with a median of 8 per day. Time to Epidiolex® approval ranged between two and four weeks in most (35.4%) and 19.2% were denied at least once. After Epidiolex® treatment began 69.7% had seizure reduction and 43.7% reduced their seizure frequency in more than half (median reduction of 80%); clusters also improved in 58.9%. Figure 1 shows compared overall seizure improvement in OTC CBD and Epidiolex® as well as response to Epidiolex® in LGS and focal epilepsy patients. Bilateral tonic-clonic and atonic seizures improved the greatest (18.5% and 15.6% respectively). Neurocognitive disorder, conduct disorder and sleep-wake disorder were mildly improved in 14.7%, 9.3% and 4% respectively. In the pediatric population, 32.6% of parents referred a subtle improvement in developmental or cognitive abilities. AEs were reported in 42.1% (GI system most affected [42.5%]). Drug discontinuation due to AEs was prompted in 45% of our cohort. A few (16.8%) stated they had missed doses of Epidiolex® (31.3% due to running out of medication before the next refill); 58.3% mentioned requesting and obtaining extra medication was overly difficult.

Conclusions: Epidiolex has statistically significant superiority in seizure decrease compared to OTC CBD according to our study. Similar response in patients with LGS (mixed syndrome with focal and generalized seizures) and focal epilepsy is suggested. An overall positive opinion regarding Epidiolex® efficacy was reported, as well as subtle positive effects in cognitive and behavioral comorbidities. However, the adverse effects were significant and, in some cases, caused drug discontinuation. Other key issues related to time to approval, medication denial, and product dispatch were seen. Our study has some limitations. The findings were mostly subjective and a qualitative method of collection of seizure numbers and characteristics, as well as formal neuropsychological assessments may be needed to confirm our conclusions.

Funding: Please list any funding that was received in support of this abstract.: - 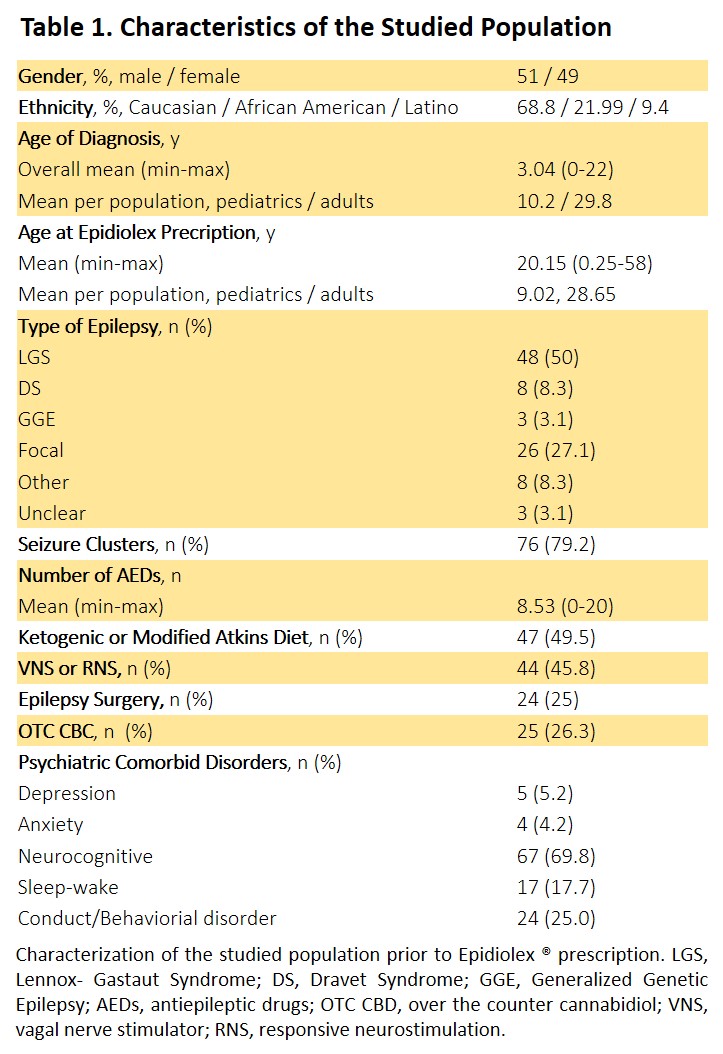 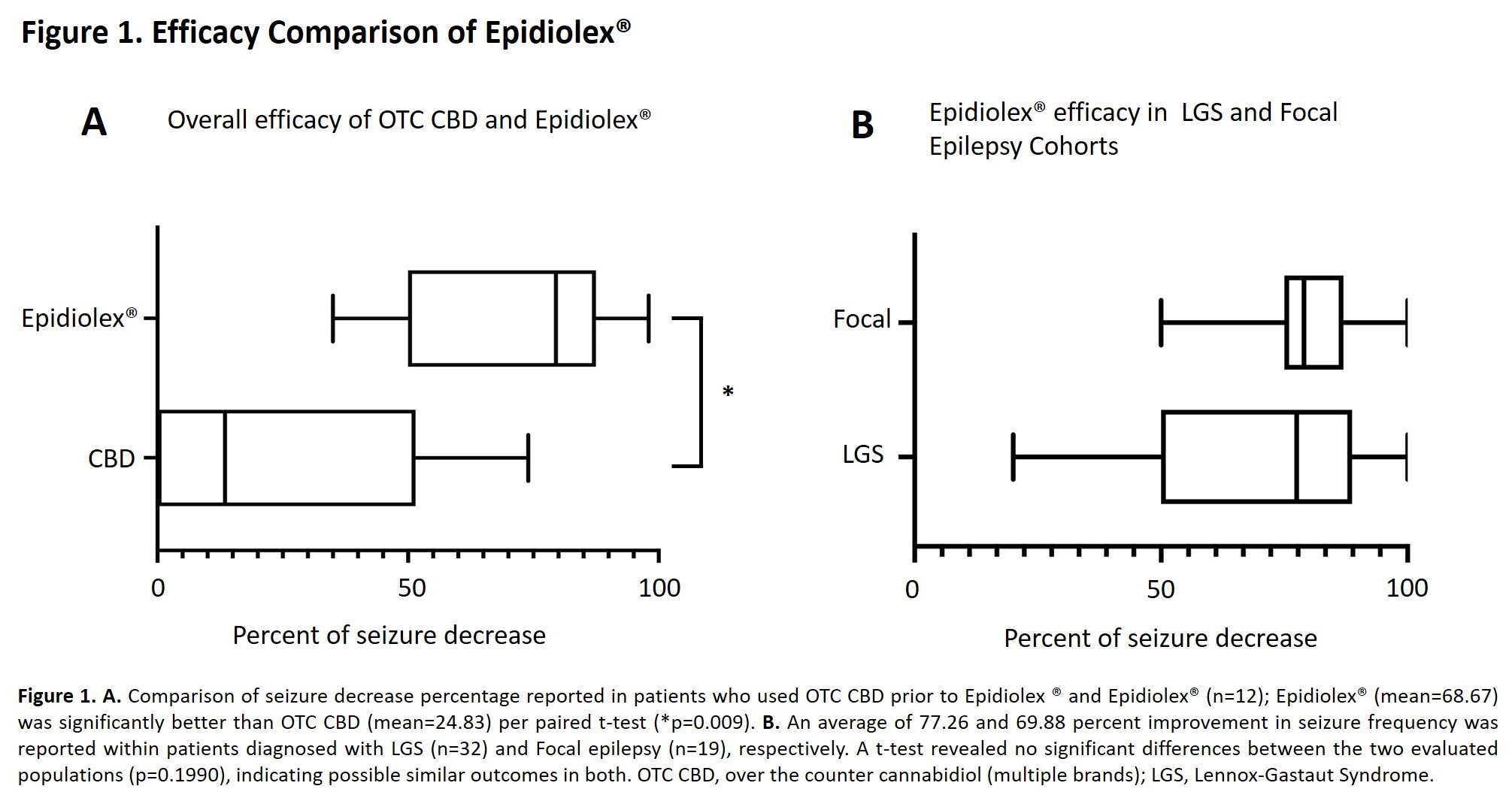