Rationale: Patients with cortical reflex myoclonus manifest giant SEP/SEF with the subsequent C-reflex (jerk response) due to cortical hyperexcitability between primary sensory (S1) and motor cortices (M1). Some patients show bilateral C-reflexes (BCR) on both arms to unilateral stimulation with the contralateral arm about 10-ms delay from the ipsilateral one. BCR occurs within 50 ms. The significance and exact pathophysiology of this early abnormal response is yet to be established, mainly because the cross-talk from the giant component in the contralateral hemisphere (contra) hides the true response in the ipsilateral one (ipsi). We hypothesize that in BCR patients interhemispheric connectivity is enhanced, especially on S1/M1 cortices.

Results: Among five patients, seven arms showed BCR. They all showed giant SEFs. The average of onset-to-onset BCR time delay was 8.8 ms (SD= 0.9). The time-frequency plot of grand-averaged PLF in fROIs (Figure 1C) and wPLI between fROIs (Figure 1D) showed that in 30-50 ms and 30-100 Hz (white rectangle), PLF and wPLI were enhanced in BCR patients. This time window corresponded to the estimation that ipsi activity at around 35 ms was synchronized after P25m activity (at 25 ms) propagated with BCR time delay, 9 ms. The average wPLI for this time-frequency window between contra fROI vs. all seeds was significantly larger in BCR patients than in HCs for the homologous fROI, PreC, PostC, and other temporal seeds interhemispherically (p< 0.01, Figure 2A). The all-to-all connectivity analysis revealed significant connectivity in PreC-PreC, PostC-PreC, InfP-PreC and InfP-PostC interhemispherically and PreC-InfP, PostC-InfP intrahemispherically (p< 0.05, Figure 2B). These results indicated contra S1/M1 was strongly connected to ipsi M1 in BCR patients at 30-50 ms.

Conclusions: BCR time delay suggested the contra M1 activity was propagated to the ipsi M1 in 9 ms, which probably denies the possibility of direct input to ipsi M1 or thalamic projection. The early enhanced connectivity between contra S1/M1 and ipsi M1 occurs within 50 ms, too early to be consistent with top-down inputs from S2. Instead, it may be related to transcallosal propagation that is due to hyperexcitability in BAFME patients. (InfP, inferior parietal; PostC, postcentral; PreC, precentral; ROI, region of interest) 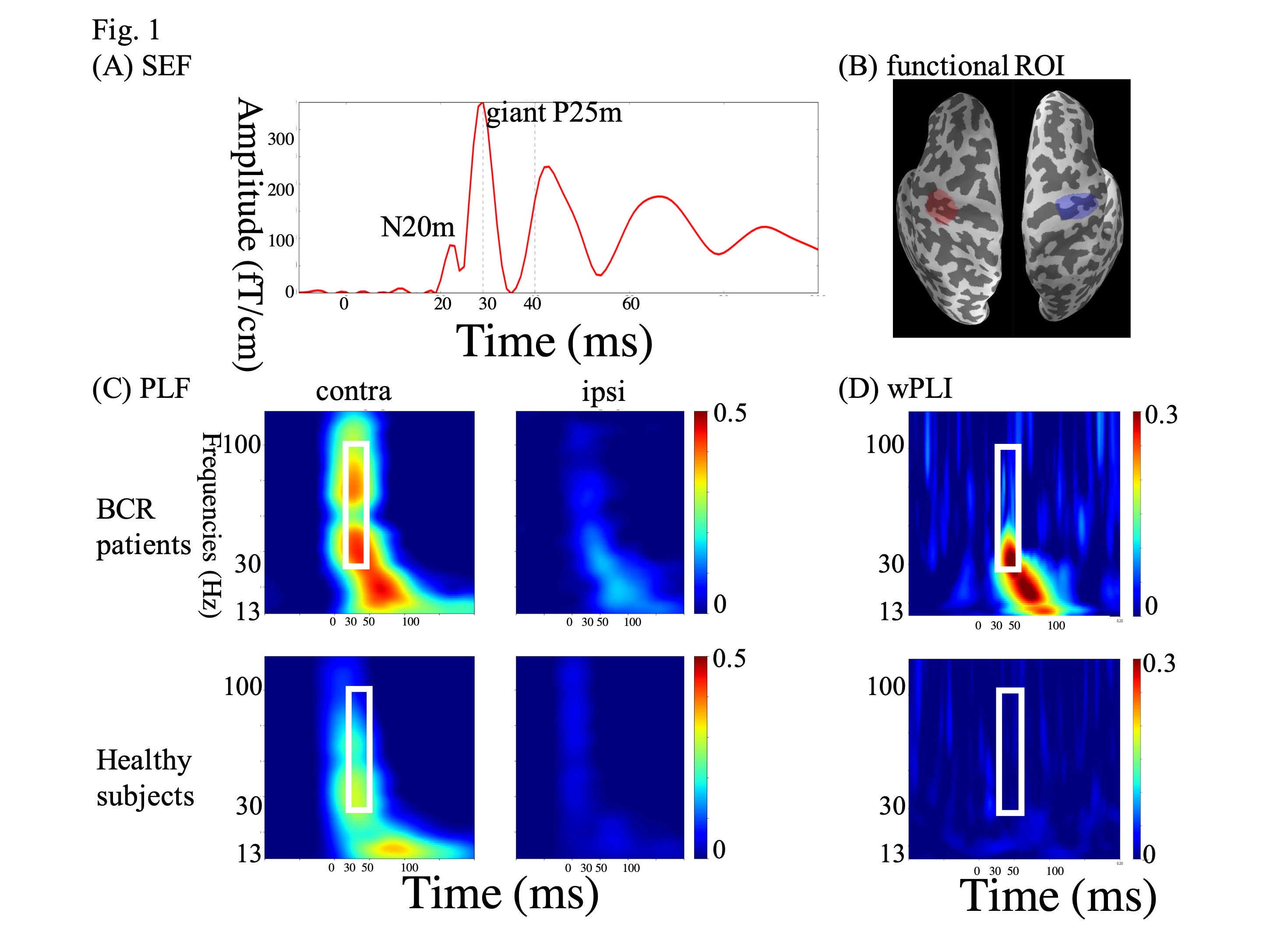 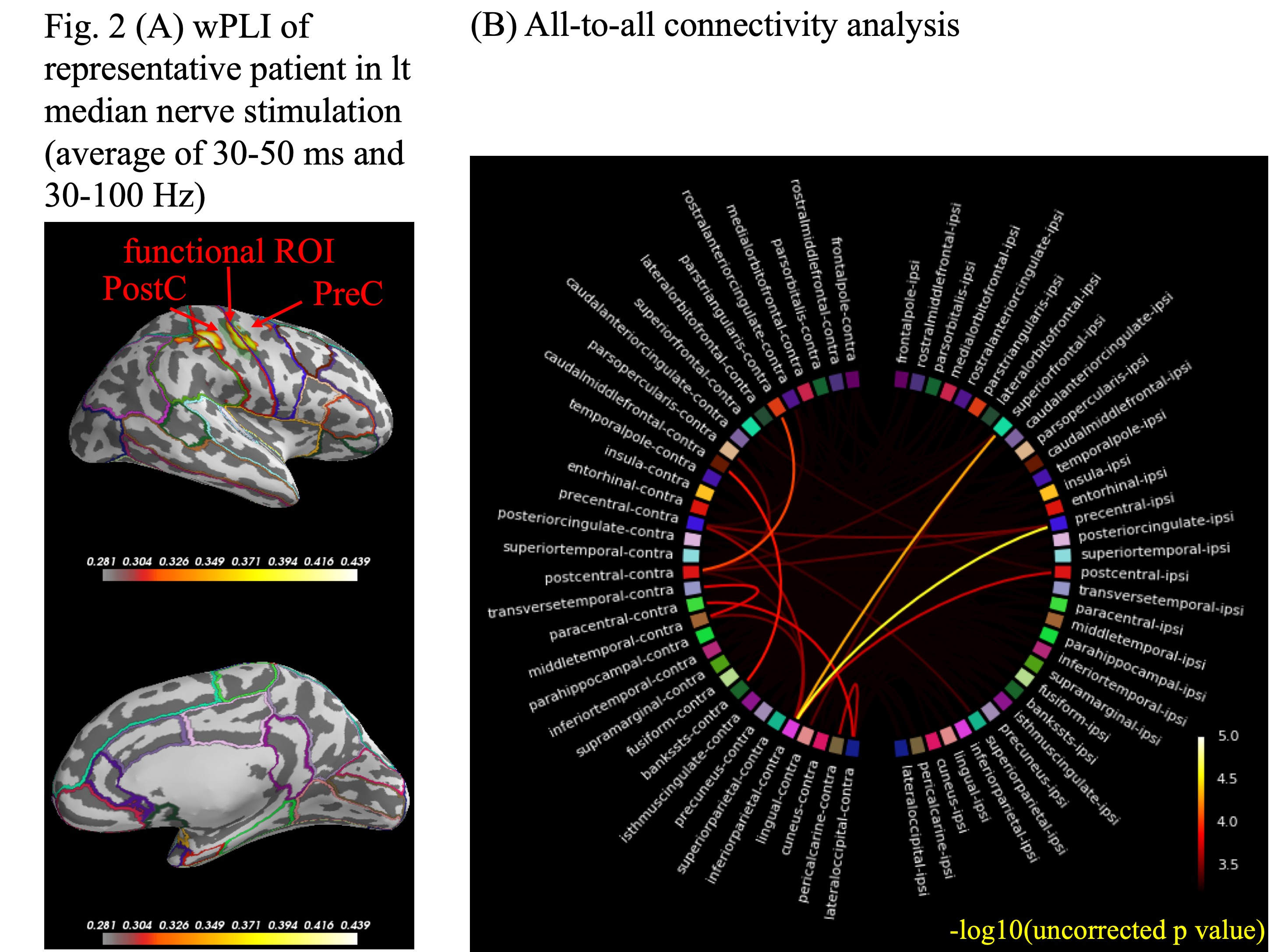