Rationale: Add-on CBD reduced TSC-associated seizures with an acceptable safety profile in a randomized, placebo-controlled Phase 3 trial (GWPCARE6; NCT02544763). To evaluate long-term safety and efficacy of CBD, patients were enrolled in an OLE. In this 2nd interim analysis, we report safety for the full follow-up and efficacy through 72 wks of treatment in the OLE.

Methods: Patients who completed the randomized controlled trial (RCT) could enroll to receive plant-derived highly purified CBD (Epidiolex®; 100 mg/mL oral solution). Initially, dose was titrated up to 25 mg/kg/d, which could be decreased or increased up to 50 mg/kg/d based on response and tolerability. The primary endpoint was safety. Secondary endpoints included percentage change from RCT baseline in TSC-associated (countable focal and generalized) seizure frequency per 28 days and responder rates (≥50%, ≥75%, and 100% reduction) evaluated at 12-wk windows throughout treatment. Changes in patients’ overall condition on Subject/Caregiver Global Impression of Change (S/CGIC) scale from baseline to 26 and 52 wks were assessed.

Conclusions: Add-on CBD treatment was well tolerated and produced sustained reductions in TSC-associated seizures for up to 72 wks, supporting long-term use of CBD for treatment of seizures associated with TSC.

Funding: Please list any funding that was received in support of this abstract.: GW Research Ltd 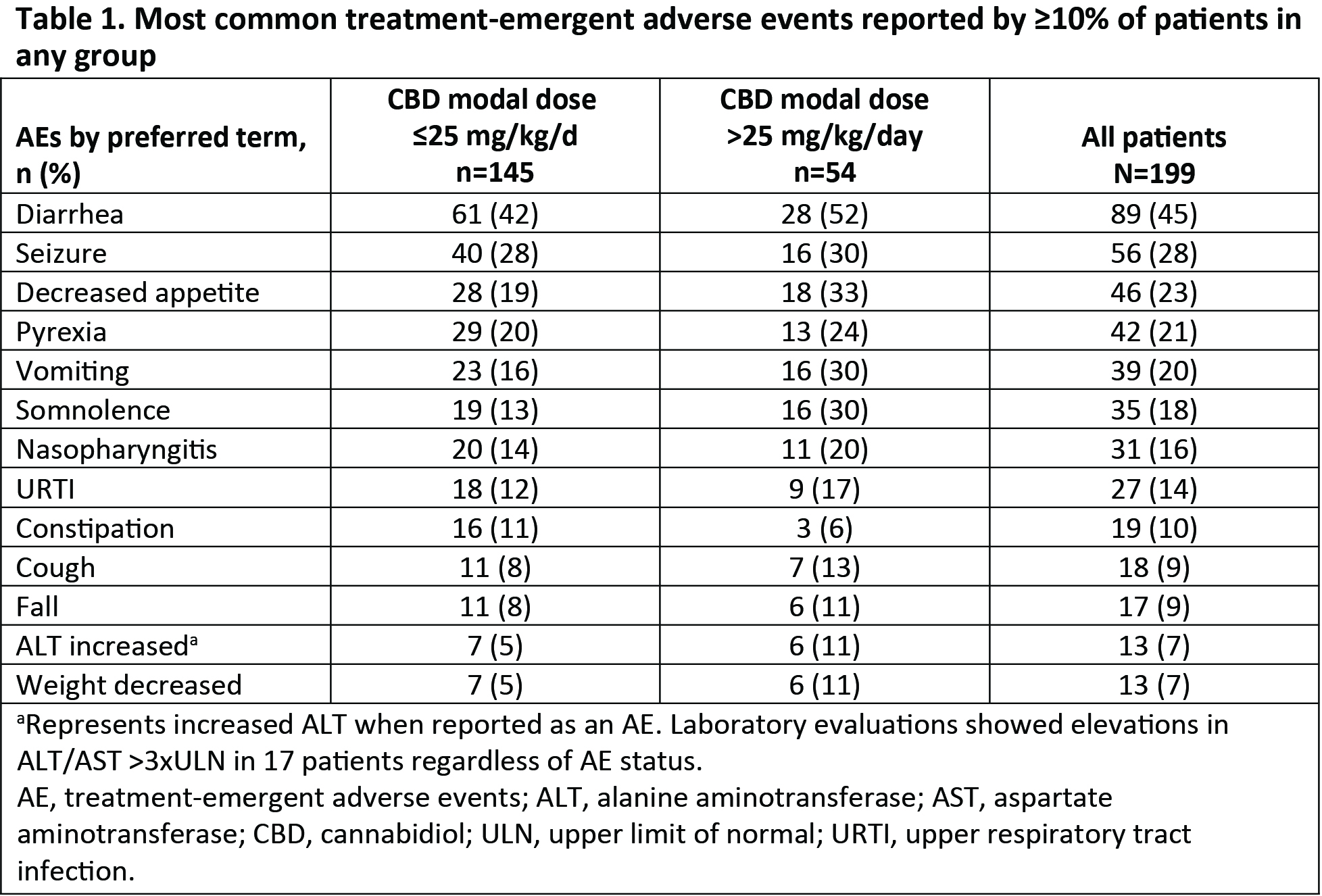