Rationale: Patients with drug refractory temporal lobe epilepsy (TLE) may suffer from uncontrolled seizures for decades [1]. We postulate that the combination of the disease itself, aging, anti-epileptic medications and repeated seizures contribute to unique, progressive functional and structural changes across the brain in these patients. In this work we characterized functional and structural connectivity changes over duration of disease in a cross-sectional cohort of mesial TLE patients. Specifically, we investigated several factors that may drive network alterations from the seizure focus in the anterior hippocampus.

Methods: We performed 3T MRI on 40 unilateral mesial TLE patients (29 Right TLE, 11 Left TLE) and 70 age-matched healthy controls including T1-weighted, T2*-weighted and diffusion weighted images. Functional connectivity (FC) was computed using correlation of average time series over 109 regions. Structural connectivity (SC) was computed using whole brain probabilistic tractography and measure of streamline counts between pairs of the same 109 regions [MRtrix3, 2]. This also provided white matter tract length between pairs of regions. Using the average across all controls, distance from the anterior hippocampus to each region in the hemisphere was computed using FC, SC and tract length. Then regions were binned three ways: shortest to longest tract length, highest to lowest SC, and highest to lowest FC. We also created a set of bins based on inclusion in 4 resting state networks (Figure 1B). Then a multivariate z-score, Mahalanobis distance (M) [3], quantified FC or SC alteration of the regions in each bin (to the anterior hippocampus) in each patient (Figure 1A). Repeated measures ANOVA determined if M was highest in bins closest to anterior hippocampus, and lowest in bins furthest from it. M was then compared by duration of disease in three groups (< 11, 11-30, > 30 years).

Results: SC in patients was altered as a function of SC distance, with higher changes in SC occurring in regions more highly structurally connected to the anterior ipsilateral hippocampus in healthy controls (Figure 2A). Alternatively, FC in patients was altered as a function of resting-state network, with highest changes in FC found in the default-mode network regions and lowest in motor and visual networks (Figure 2B). Furthermore, these profiles of change across the brain were not detected in the first 10 years duration, but only as disease progressed past the first decade (Figure 2C, D).

Conclusions: This work identifies a potential spatio-temporal roadmap of structural and functional connectivity alterations originating from the seizure focus in mesial TLE over years of disease. We believe the evolution of these networks may influence the effectiveness of treatment in an individual patient, and thus this characterization will ultimately allow more accurate seizure outcome prediction in these patients. 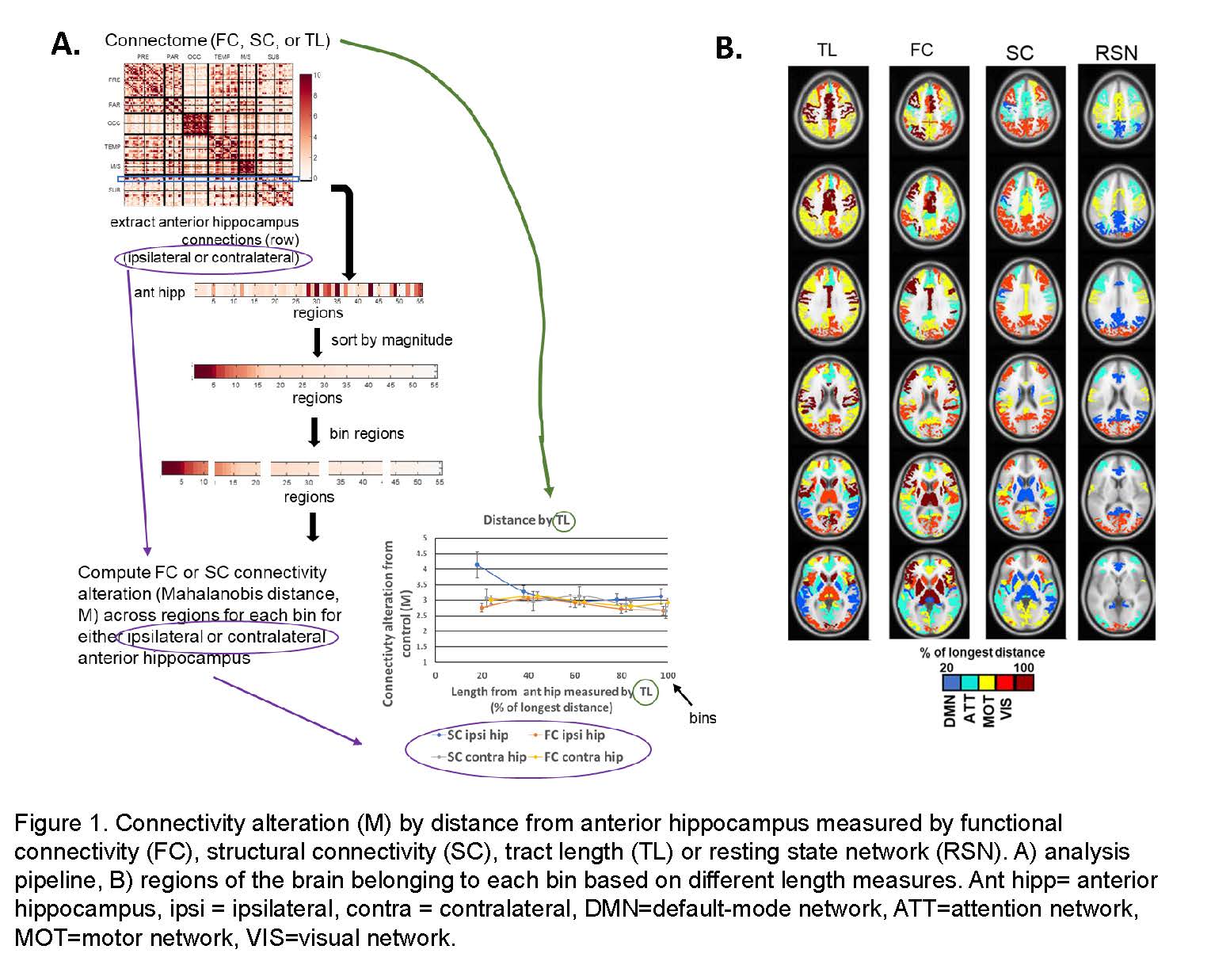 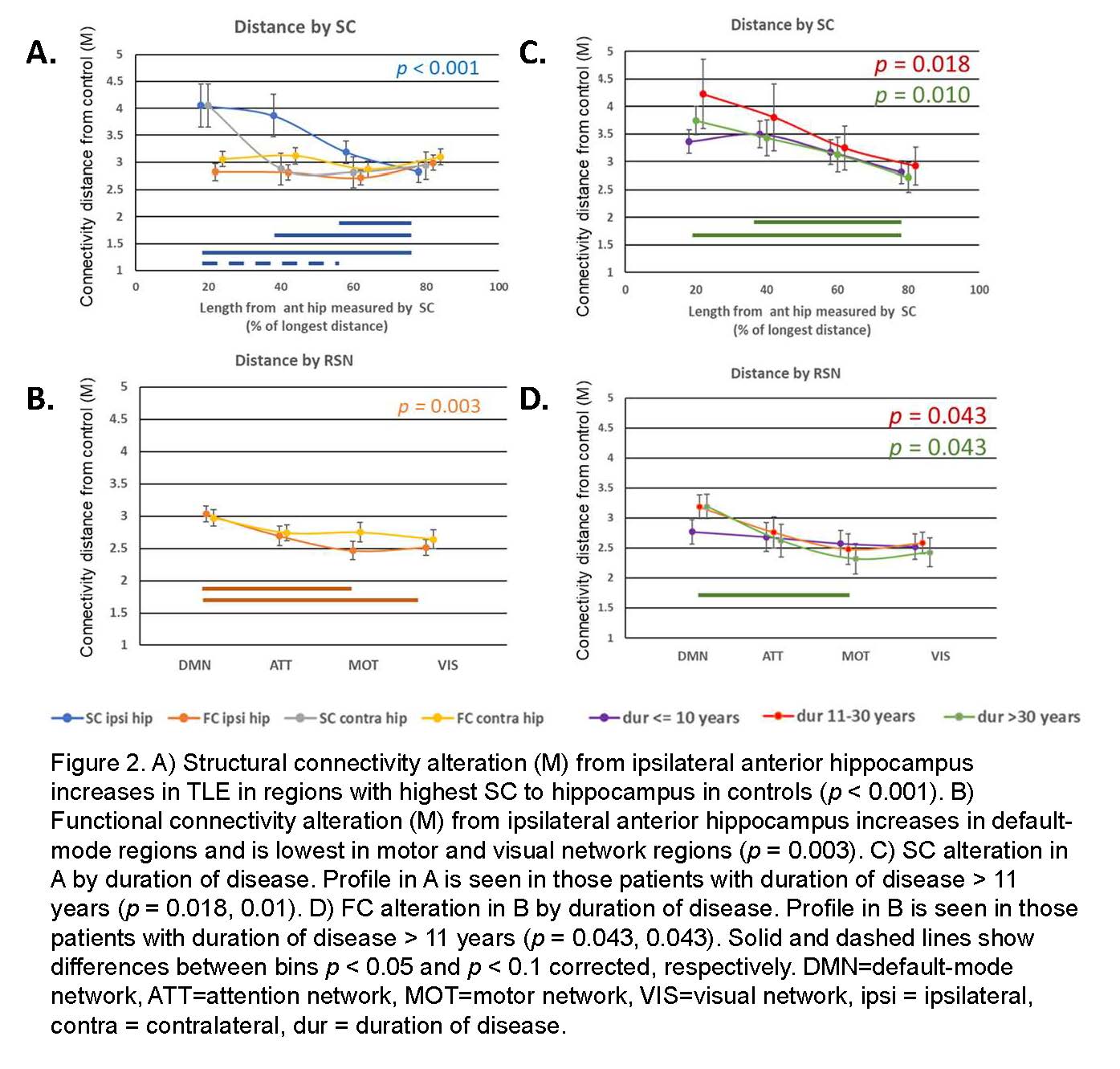