Rationale: The prevalence of epilepsy in multiple sclerosis (MS) is three to seven times higher than in the general population. Patients with MS and focal epilepsy (MS+E) have higher mortality and faster cognitive decline than those with either MS or epilepsy alone. However, it is unclear if the overall severity of epilepsy in MS+E is higher than in other focal epilepsies as defined by healthcare utilization, the incidence and duration of status epilepticus (SE), and the need for antiseizure medication (ASM) regimen changes (as an attempt to better control seizures and/or to improve ASM tolerability).

Methods: We analyzed un-identifiable claims data from a nationwide US health insurance plan. For the study period (January 2008 to August 2019), the dataset included > 86 million individuals. We used International Classification of Diseases (ICD) codes and disease-specific algorithms to identify all individuals between 18-65 years of age who met criteria for de novo MS and/or focal epilepsy (Figure 1). To identify individuals with de novo epilepsy, we required a minimum of one year of coverage prior to an initial diagnosis of epilepsy and at least two total claims for epilepsy. We defined an ASM regimen change to include the addition of an ASM (that had not been previously prescribed) for at least 90 days (or 135 days for 90-day prescriptions), or the discontinuation of an ASM for at least 90 days (or 135 days for 90-day prescriptions). We compared the rates of SE and seizure-related inpatient admissions for individuals with focal epilepsy alone without MS (E-MS) versus those with MS+E, as well as the number of distinct days with claims for each of these outcomes. We compared the number of ASM treatment changes in the E-MS and MS+E groups during years 1 and 2 after the initial diagnosis of epilepsy. Analyses ≥ 3 years after the diagnosis of epilepsy were not performed due to small sample size in the MS+E group. All comparisons were Bonferroni-corrected.

Conclusions: When compared to E-MS, a subset of individuals with MS+E have more severe epilepsy as determined by higher healthcare utilization and higher number of ASM regimen changes in the second year after the initial diagnosis of epilepsy. Subsequent analyses will help us determine if specific ASM regimens are associated with superior seizure control in MS+E compared to other ASMs.

Funding: Please list any funding that was received in support of this abstract.: Supported by a grant from the American Epilepsy Society and the Epilepsy Study Consortium. 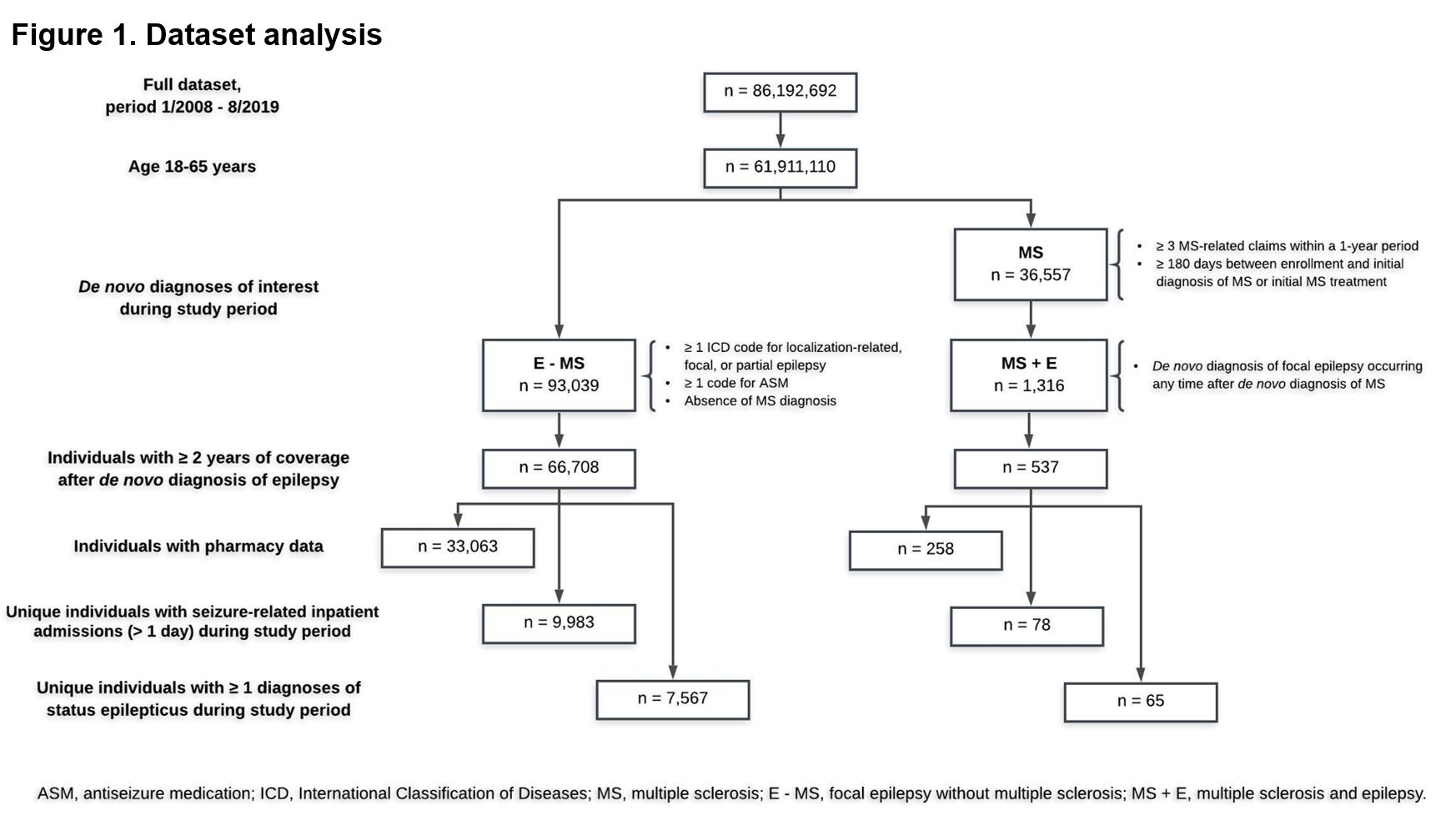 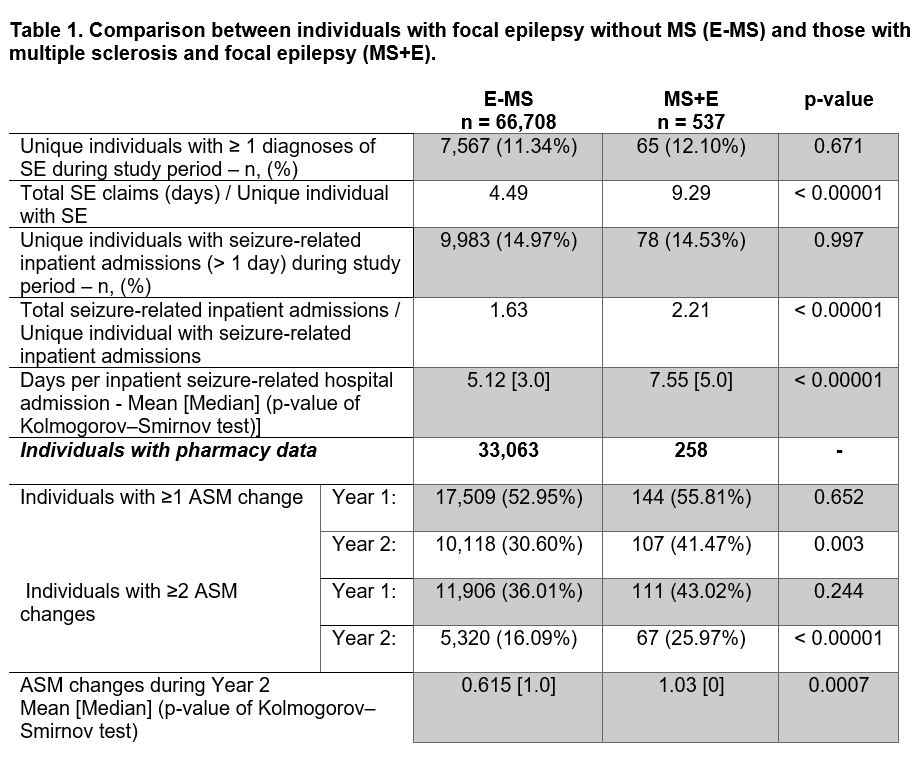