Focal epilepsy is a common neurological disorder in which many patients are refractory to medical treatment. Surgery may be an option if the focus can be identified. Thus computational advances in pre-surgical evaluation are important. This study performs a voxel based analysis on patients with refractory focal epilepsy using multimodal MRI data to identify the causative brain lesion.

In discrete subjects, lesion detection from decreased NDI demonstrated the best results, detecting accurate lesions in 76% of patients. Conversely, GMC provided the worst detection with both decreased and increased GMC only locating lesions in just under 50% of patients. Similar results were seen from negative subjects, with NDI again outperforming other modalities with 63% lesion detection, and GMC providing the worst results with 38% lesion detection for decreased GMC and 25% from increased GMC. Full results can be seen in Table 1. Analysis of controls demonstrated minimal significant findings across all modalities with average false positive voxel counts below 300.

This work demonstrated the capability of different imaging modalities to accurately locate brain lesions in both discrete and negative patients. In most cases, lesion detection with NODDI appeared most promising for detecting focal lesions and was superior to conventional DTI. It appeared helpful both for visible lesions and in patients who are MRI negative supporting prior work (Winston 2015). Future work will apply multiparametric voxel-based analysis of several modalities simultaneously to improve sensitivity and specificity.

Funding: Please list any funding that was received in support of this abstract.: We are grateful to the Epilepsy Society for supporting the Epilepsy Society MRI scanner. This research was supported by the National Institute for Health Research University College London Hospitals Biomedical Research Centre. Data acquisition was funded by the Medical Research Council (MR/M00841X/1). 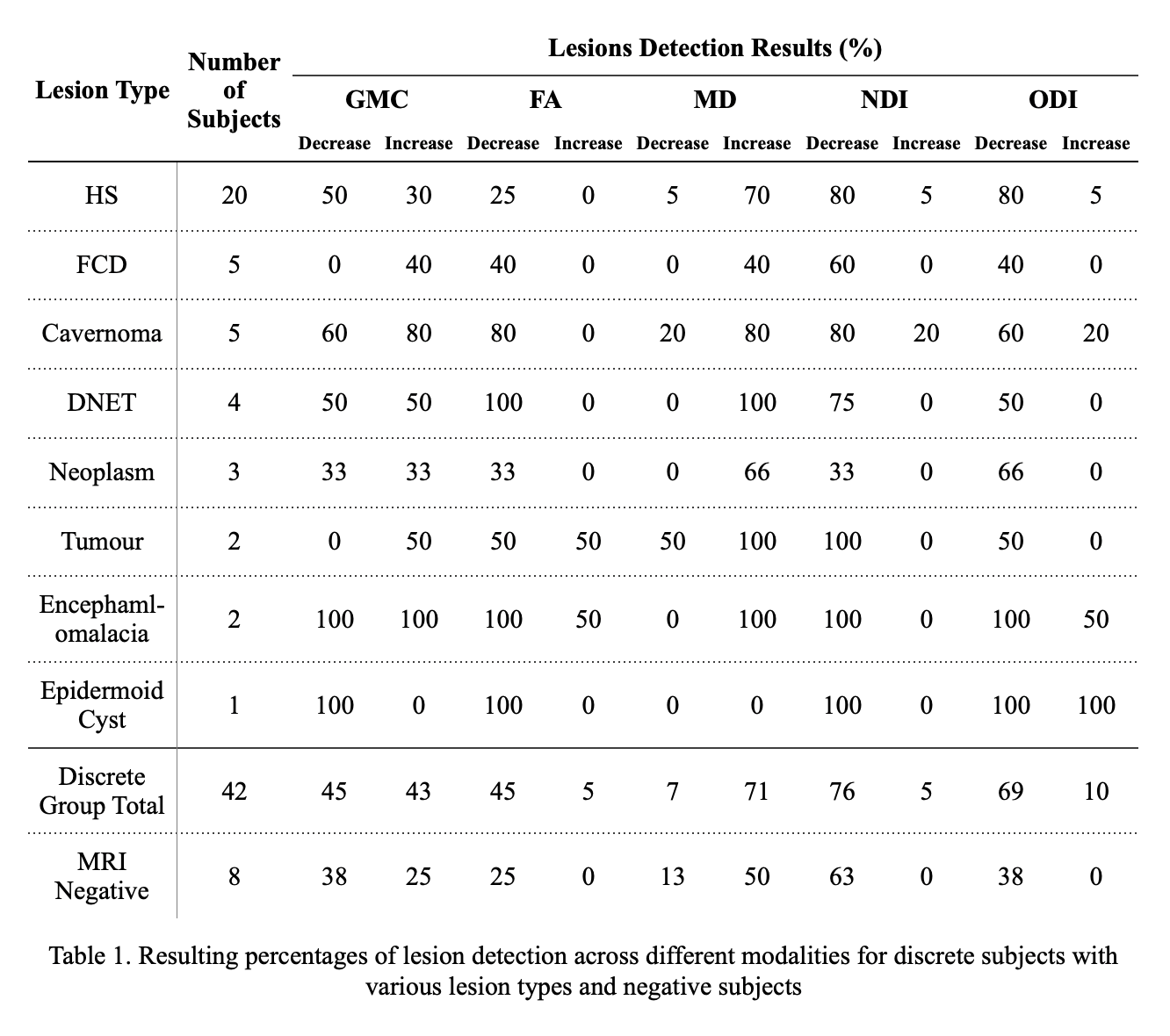 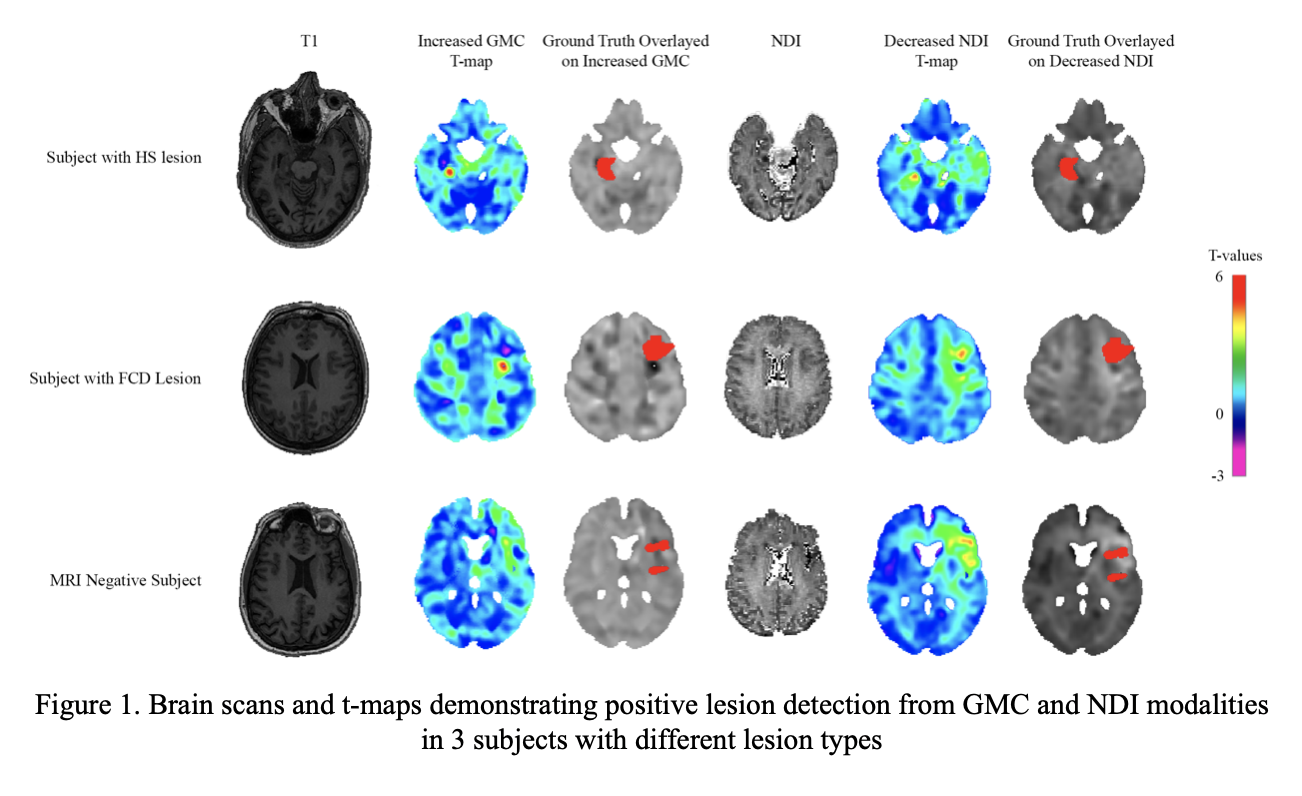