Rationale: Mutation in KCNT1 cause a wide spectrum of seizure disorder in addition to malignant migrating focal seizure of infancy (MMPSI) and nocturnal frontal lobe epilepsy. This is the first report of KCNT1 phenotype in Saudi Arabia in nine patients, with four novel mutation.

Results: Sixty-six percent were female and 33% male. The mean age for male 151 days and female 205 days. We compare the phenotype of five known mutation to the phenotype of four novel mutation (Table 1 and Table 2). MRI brain show progressive atrophy over time in all patients who had more than one MRI. Cerebellum atrophy were documented in over 50% of patients.

Conclusions: This is first report of KCNT1 in Saudi Arabia. We have nine patients, four of which has novel mutations never reported. In our cohort, the patients with novel mutations presented at a later age than patients with the known mutations, with a mean of 364 days in novel mutations compared with 94 days in the known mutations. Seizures were the presenting symptoms in all nine patients. Moderate to profound developmental delays were present in four out of five patients, with patient 4 showing normal cognitive function with severe behavioral and anxiety problems and mild seizures which were controlled on medication. Patients with novel mutations have mild intellectual disability and behavioral problems; with one patient (1) meeting the diagnostic criteria for Autism.

MRI showed progression over time in patients who had multiple MRIs. Abnormalities in white matter abnormal myelinating and signal abnormality and diffuse atrophy of the cerebrum were present in seven out of nine patients. Diffuse cerebellum atrophy was seen in the MRI of five out of nine patients. One patient with novel mutation had cortical dysplasia.

KCNT1 gene mutation phenotype is still expanding with more cases being reported. Although our cohort of KCNT1 patients was small, we observed differences in clinical phenotype between the known and novel mutation across different elements: age of presentation and cognitive function. Atrophy of cerebellum were noted in >50% of our cohort, and while this finding previously unreported is not surprising, it verifies the substantial expression of KCNT1 gene in the cerebellum. One of our patient’s phenotype meets the diagnostic criteria for Autism. In the future, the KCNT1 mutation could be one of the genetic causes for Autism and needs to be explored further.

Funding: Please list any funding that was received in support of this abstract.: No funding is required. 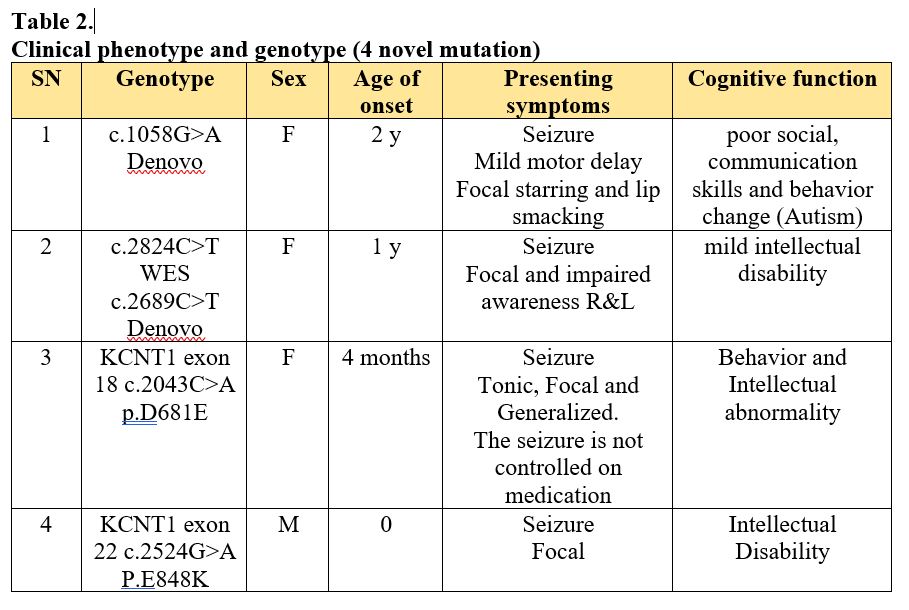 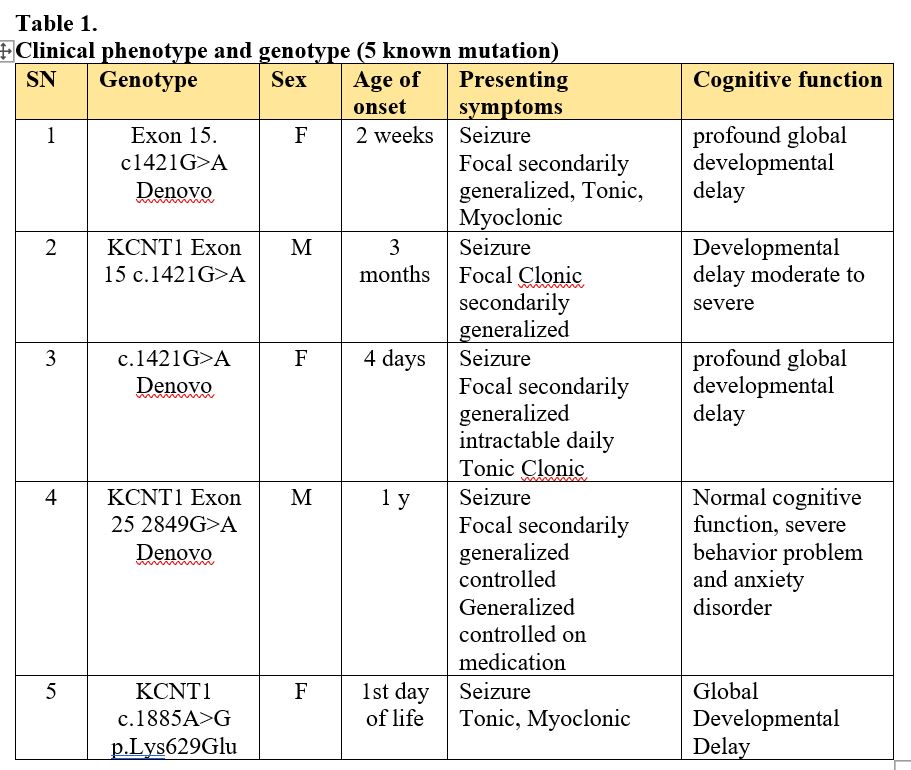