Rationale: Our previous study has demonstrated morphological abnormalities in subregions of hippocampus in patients with temporal lobe epilepsy (TLE) and their unaffected siblings. This work aims to further evaluate whether functional connectivity (FC) is disrupted between the subregions of hippocampus and default mode network (DMN) in patients with TLE and their unaffected siblings, and how this connectivity relates to cognition and white matter integrity.

Conclusions: We suggest that cognitive impairment in left TLE patients may be due to broader structural and functional network disruption, whereas the cognitive impairment in right TLE patients may more depend on hippocampal abnormalities. We detected shared white matter injury rather than functional abnormalities in TLE patients and their unaffected siblings, this white matter structural neuroimaging trait could represent an endophenotype of TLE, which might precede the onset of epilepsy, whereas functional impairment might mainly occur after the onset of epilepsy in these individuals. 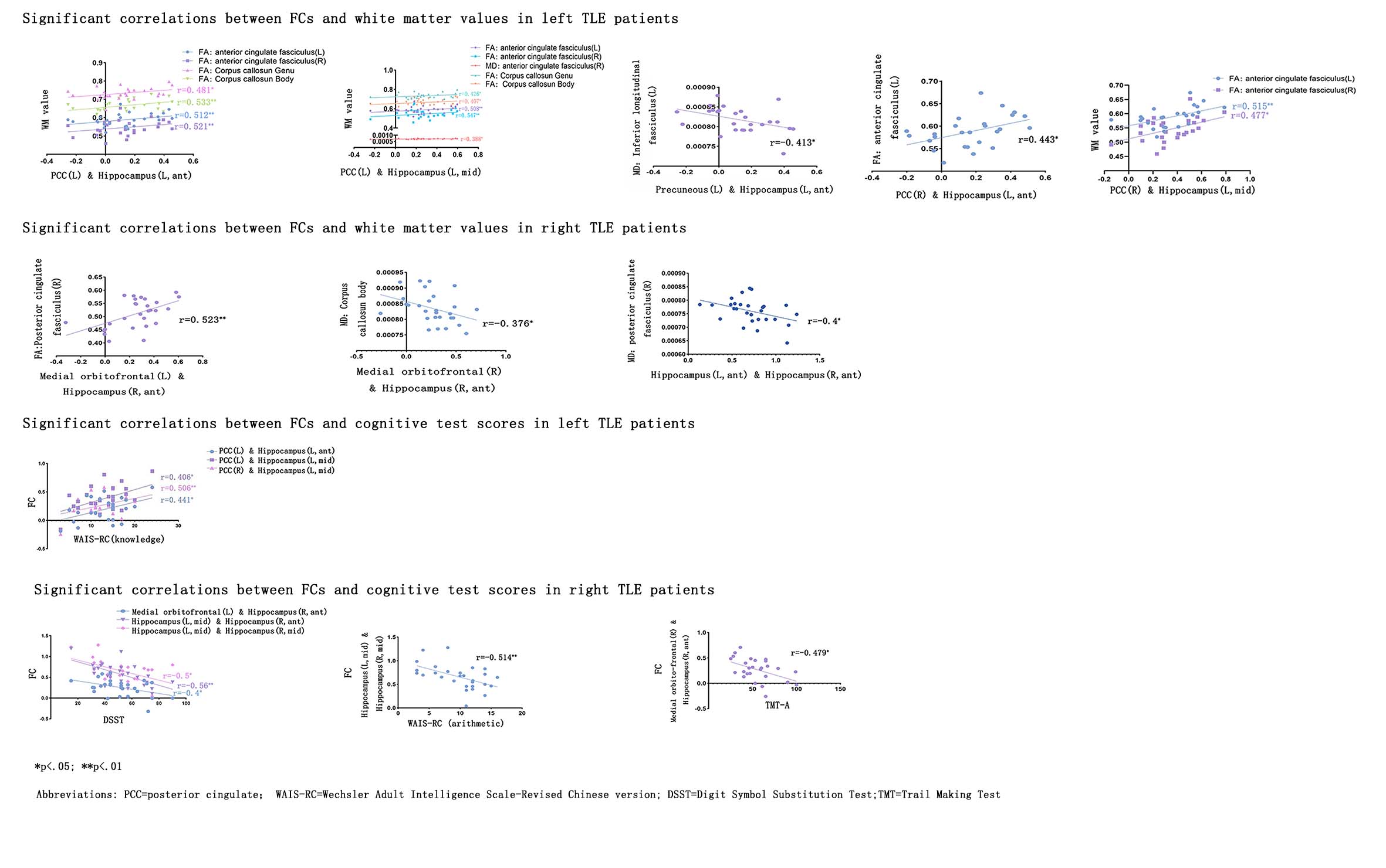