Methods: In 64 FCD Ⅲa patients and 89 healthy controls, we performed the surface-based analysis to illustrate the neuroimaging phenotyping. LASSO-Logistic regression algorithm was designed to classify the FCD Ⅲa. Exploration of structural-metabolic-epileptogenic correlation evaluated the utility of neuroimaging alterations to predict epileptogenicity and postsurgical seizure outcomes.

Results: Relative to controls, morphological changes of FCD Ⅲa were subtle but it displayed widespread hyperintensity in superior temporal lobe and mesial temporal neocortex that was most marked in parahippocampal gyrus. And the degree of abnormalities increased during the duration of disease. The algorithm successfully guided automated FCD Ⅲa classification (Control: 92.1%; FCD Ⅲa: 84.4%; FCD Ⅰ: 92.9%). The cross-modalities analysis shown a significantly negative correlation between FLAIR hyperintensity and PET hypometabolism. And the epileptogenic cortices were mostly located in the brain regions with simultaneously structural and metabolic abnormalities.

Conclusions: Neuroimaging changes in temporal neocortex of FCD Ⅲa were subtle. While the computational analysis could help to identify the abnormalities and improve the diagnosis. Non-invasive structural alterations had the potential to predict the metabolic and epileptogenic state, which was conducive to reduce the radiative and invasive methods. But how to guide the surgery was inconclusive. 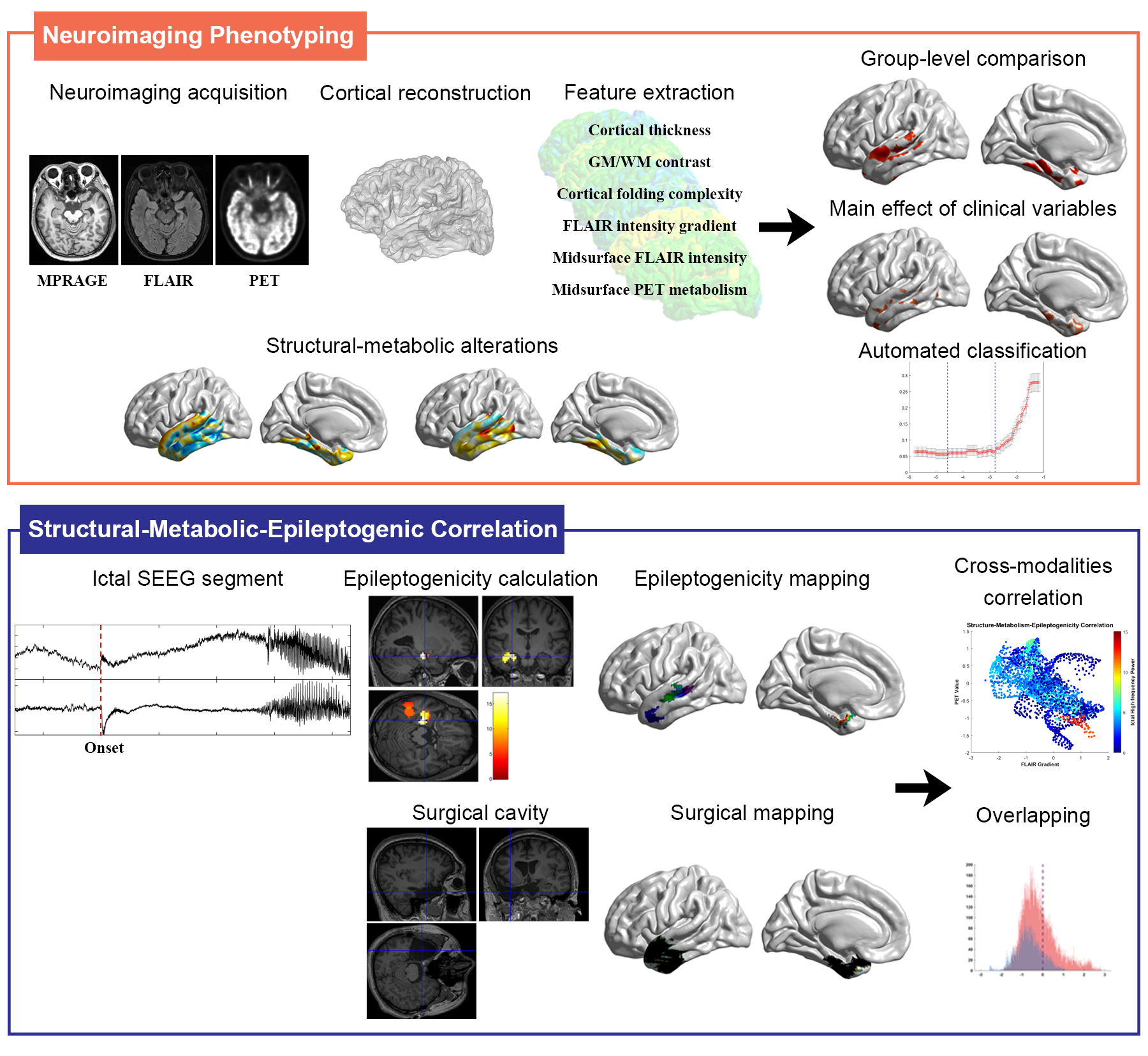