Methods: We evaluated our algorithm on a set of 50 manually segmented hippocampal subfield labels (CA1-3, CA4-DG, subiculum) on submillimetric (0.6 mm isotropic) T1-weighted MRI of 25 healthy subjects (mean age: 31±7 yrs, 13 females).1,2 As validation was conducted within a 4-fold cross-validation scheme, the dataset was partitioned to allocate 37.5% hippocampi for training, 37.5% for the atlas, and the remaining 25% for testing. Training. Using a similarity function 3, we matched the intensity of randomly-selected regions of interest (or patches) centered around subfield voxels (size: 32x32x32) from the training dataset to patches extracted from a subset of the dataset (the atlas) with both image intensity and corresponding labels. All training patches and their corresponding atlas patches were used to train a CNN 4 to model multiscale intensity features and implicitly learn transitions along subfield boundaries. Testing. For each hippocampus in the test set, we extracted a patch around each voxel, matched its most similar atlas patches, combined them and fed them into the CNN. Automatically generated labels were fused through majority voting to produce the final subfield segmentation. Performance evaluation. We used the Dice index and Bland-Altman plots to evaluate overlap and compare differences between automated and manual labels, respectively. We also validated the algorithm on 15 TLE patients (31±9 years, 12 females) with the same MRI parameters and manually segmented hippocampal subfields. 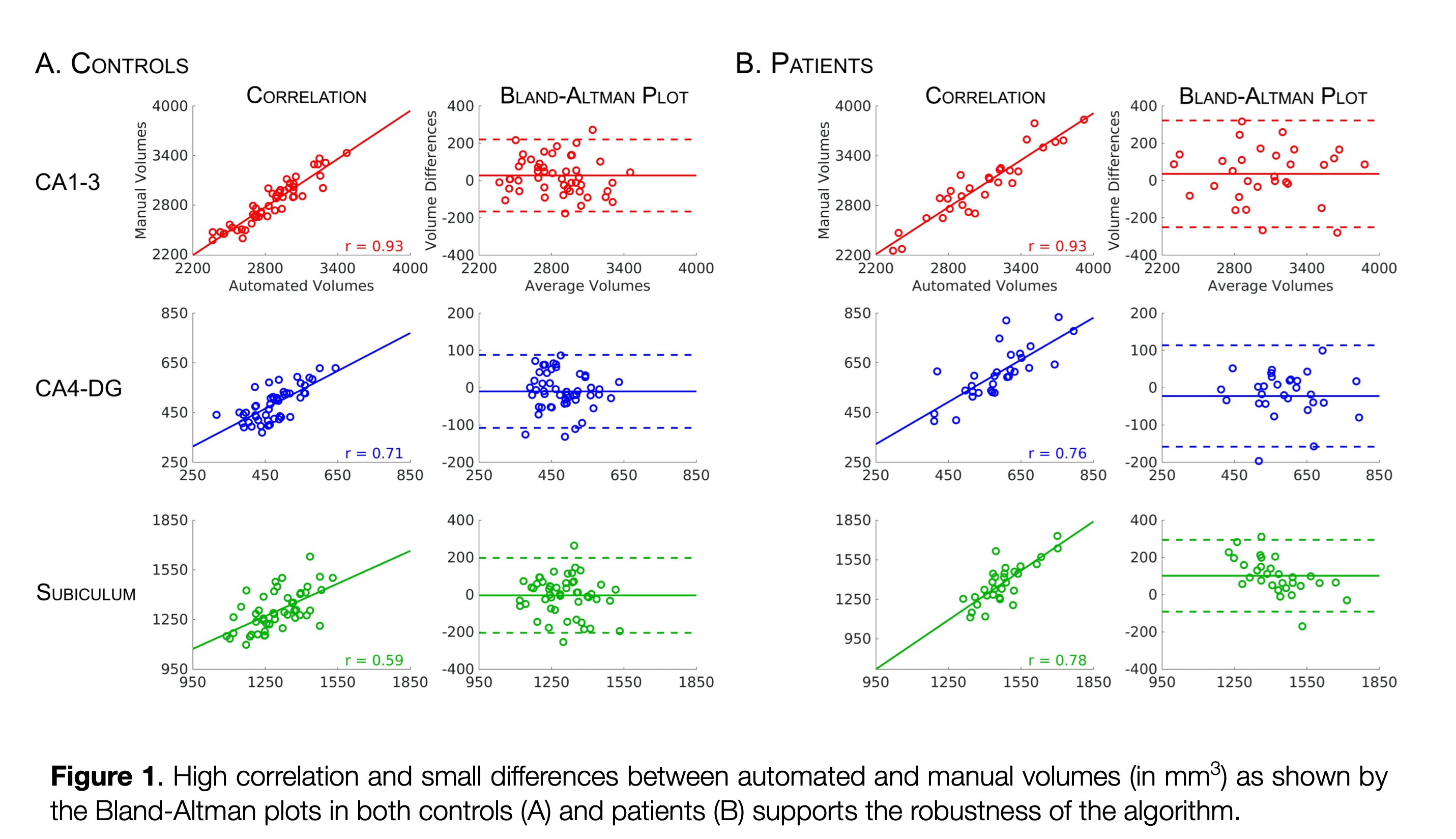 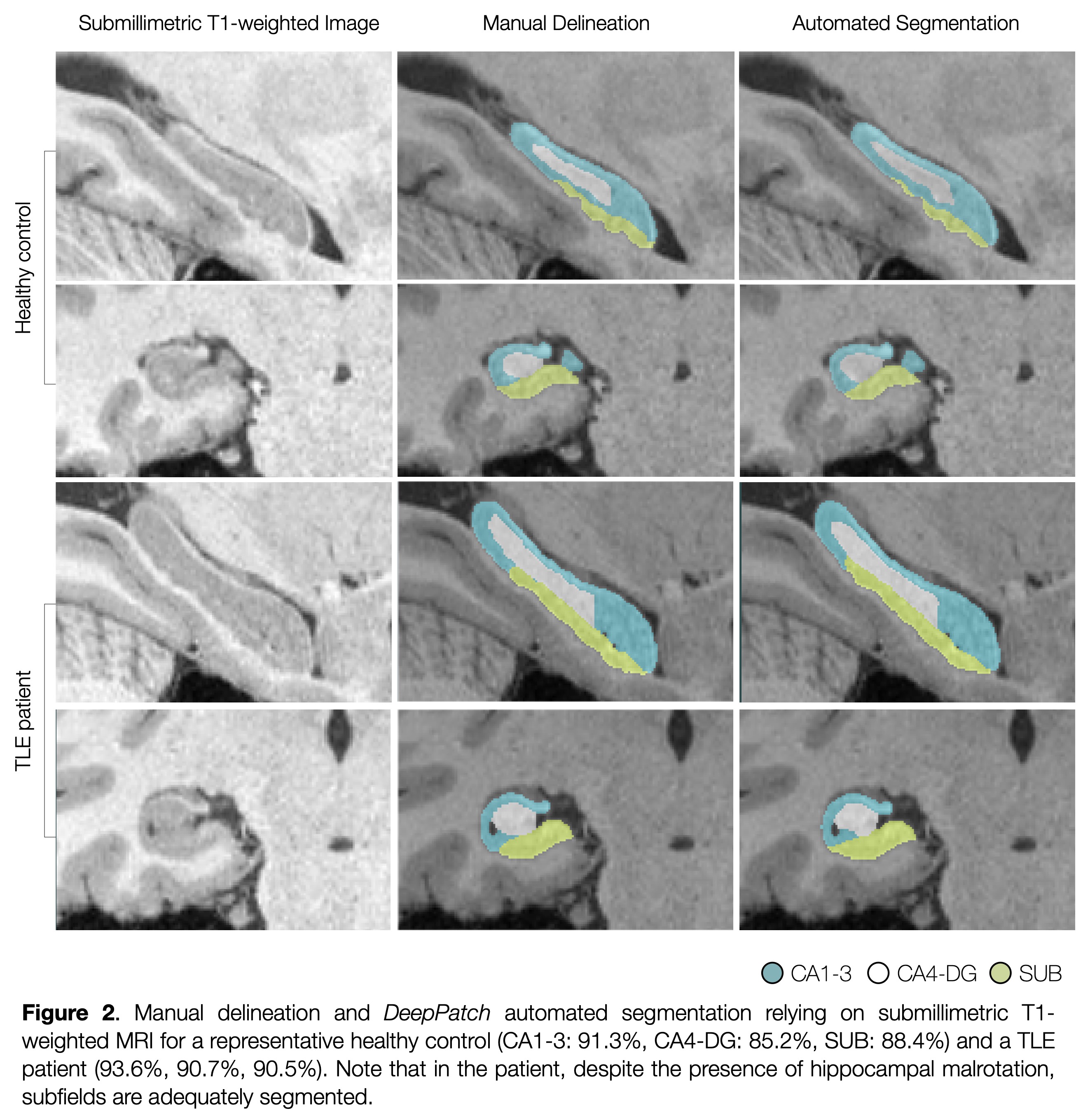